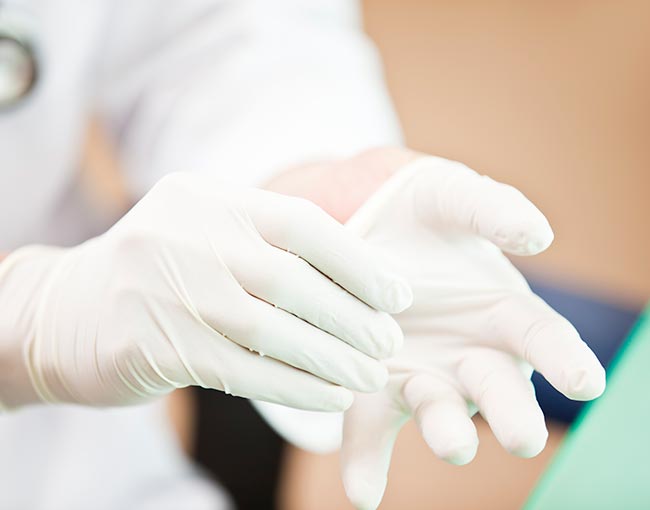 Effective Jan. 18, 2017, the federal Food and Drug Administration has, by implementation of a final rule, banned the use of powdered gloves by a physician when treating humans or animals. Powdered gloves are now added to the listing of banned devices. (See,  21 C.F.R. § 895 Part B).

Since March 2016, the FDA has been considering a ban on the use of powdered gloves in surgery, patient examinations and for lubricating a physician’s gloves. In drafting the ban, the FDA found that the powdered gloves, based on available evidence, present an “unreasonable and substantial risk of illness or injury” and in implementing this ban relied on the authority granted to the agency in Section 516(a)(1) of the Food Drug and Cosmetic Act. Specifically, the FDA has linked the powders to increased sensitization to natural rubber latex allergens, surgical complications linked to peritoneal adhesions, inflammatory response in patients undergoing surgery and other serious complications. The FDA considered these risks and compared them to the risks posed by non-powder lubricants now available on the market and has found that the risk posed by these powders is “unreasonable and substantial.”

The FDA has not extended this ban to “radiographic protection gloves” approved under 21 C.F.R. § 892.6500, as it could point to no evidence that such gloves existed in a powdered form on the market. It is important to note that this rule only applies to powders intended for use as lubricants on the final glove product, and does not apply to powders used in the manufacturing of the gloves that are removed before the gloves are distributed. Gloves that are manufactured using powders should only contain traces of powder or risk the adulteration label. The FDA’s Medical Glove Manual indicates that the acceptable amount of trace powder left on gloves will remain at 2 milligrams of powder and debris per glove, and the ban specifically states that this acceptable amount of trace material will remain in place.

This ban applies not only to manufacturers, but to products in the process of commercial distribution, and most importantly, the rule applies to product that has been distributed to the end user. The implication is that powdered gloves that have already been purchased by health care providers and present in operating and examination rooms across the country are now adulterated medical devices under the FDCA. The rule finds that these gloves should not be used at all as of Jan. 18, 2017. Health care facilities and providers should document the removal of these banned gloves and document their replacement. Hospitals, physician offices, health care providers, and veterinarians are faced with the cost of disposing of product already purchased and immediately replacing it with compliant gloves.