Home > Insights > Blogs > The Ground Floor > Are liquidated damages down the drain in California? 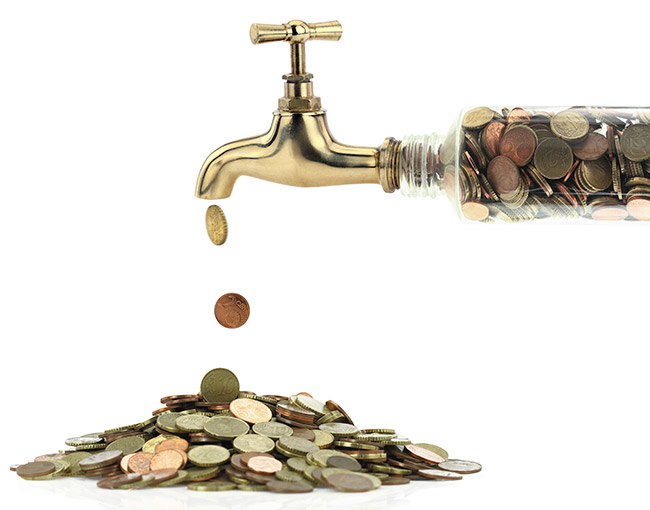 Are liquidated damages down the drain in California?

Liquidated damages can provide parties added incentive to perform all types of contracts, including commercial real estate contracts. But are they enforceable in California? The short answer is that they’re presumed to be enforceable as long as they’re not a penalty. 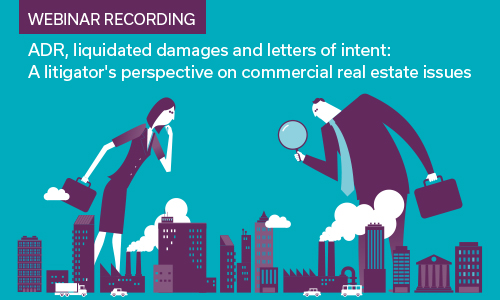 Historically, liquidated-damages provisions were disfavored because courts considered them penalty clauses. However, in 1977, California changed the policy of presumptive invalidity of liquidated damages provisions with a policy of presumptive validity in commercial, non-consumer contracts. Generally, that means that a provision in a contract liquidating damages for a breach is valid unless the party challenging the provision establishes that it was unreasonable under the circumstances that existed at the time the contract was made.

A liquidated damages provision is not invalid merely because it’s intended to encourage a party to perform so long as it represents a reasonable attempt to anticipate the losses to be suffered. For example, in one decision, a liquidated-damages provision in a partnership agreement provided that the damages to the partnership for the loss of fees from any clients taken by expelled partners would be measured by the firm’s time charges for those clients for the 12 months immediately preceding their loss. Despite the parties’ reference to the provision as a penalty and evidence indicating the provision was intended to make it difficult for a partner who left the firm to take the firm’s clients, the court enforced the provision because it demonstrated a reasonable estimate of the harm that might be anticipated from the loss of the firm’s clients.

If, however, the sole purpose of a liquidated-damages provision is to coerce compliance with the contract and not to compensate the innocent party for damages resulting from the breach, the provision is a penalty and not enforceable. As an example, in Ridgley v. Topa Thrift & Loan Association, the provision at issue allowed a lender to waive prepayment charges equal to six months’ interest if the borrower made no late payments and was not in default under the note. The Ridgley court considered whether the provision should be viewed as a valid charge for a prepayment of the loan principal or as an unenforceable penalty for delinquency in a monthly interest payment. Generally, contractual charges for prepayment of loan principal are valid provisions rather than penalties or liquidated damages for breach. However, in this case, the provision was not construed as a prepayment charge because the nature of the threatened charge was to coerce timely payment of interest, not to compensate the lender for interest payments lost through prepayment of principal. The court held that a charge of six months’ interest on the entire principal, imposed for any late payment or other default, could not be defended as a reasonable attempt to anticipate damages from default.

In short, no matter what you call it — a penalty or a pre-determined damage provision — the court will analyze such provisions based upon their impact on the parties, and not necessarily on their designations.

So what does “unreasonable” mean? A liquidated damages clause will generally be considered unreasonable, and, therefore, unenforceable if it bears no reasonable relationship to the range of actual damages that the parties could have anticipated would flow from a breach. The amount set as liquidated damages must represent the result of a reasonable endeavor by the parties to estimate a fair average compensation for any loss that may be sustained. Courts generally examine all the circumstances existing at the time of the making of the contract, including the following:

In addition to the reasonableness requirement discussed above, a liquidated damages provision in real property purchase and sale agreements concerning the buyer’s default must be:

“Printed” has been interpreted to mean preprinted, rather than typewritten. These special requirements are not applicable to provisions relating to remedies in the event of the seller’s default.

There is no bright line to determine the validity of a liquidated damages provision. In most commercial situations, such provisions are presumed valid unless the provision is shown to be unreasonable at the time the parties entered into the contract. Reasonability is an imprecise concept where the court considers and weighs many factors. Care must be given at the drafting stage to minimize the possibility of a court years later invalidating the intended provision.