Home > Insights > Blogs > The Ground Floor > And in this corner: Judicial referees as alternatives to juries in California 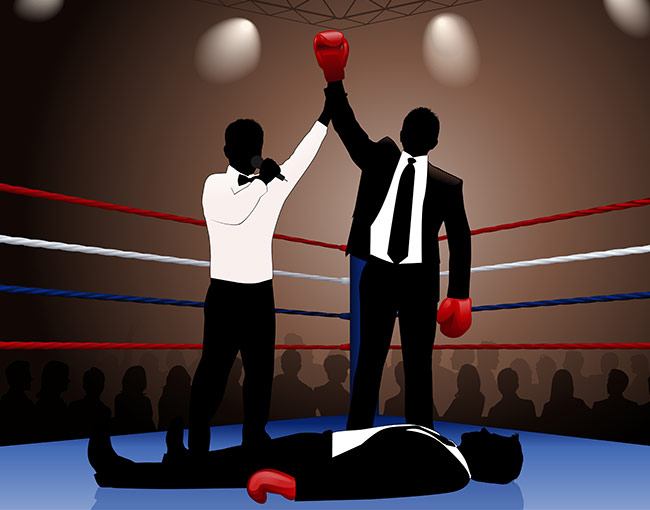 And in this corner: Judicial referees as alternatives to juries in California

More than 10 years ago, California’s highest court held that pre-dispute contractual jury waivers were not enforceable. However, the Court directed contract parties to two safe havens from juries: arbitration and judicial reference, both of which, in effect, provide for the waiver of jury trials. Grafton Partners L.P. v. Superior Court (2005) 36 Cal. 4th 944, 964.

California property owners are no more likely than any other business to opt for judicial reference, but because they are so contract-intensive, real estate disputes have spurred several interesting appellate opinions that in recent years have looked at the benefits — and limitations — of this uniquely Californian option for dispute resolution.

Judicial reference: How does it work?

California’s judicial reference law allows parties to a written contract or lease to provide for the appointment of a referee to hear and determine any controversy arising from those agreements. The decision of the referee is fully appealable. This is in contrast to an arbitration award which may only be vacated under very limited circumstances.

Judicial reference procedures allow each party to choose up to three referees to decide their dispute. If the parties cannot agree on the ultimate referee or referees, the court will be required to make a selection from among nominees provided by the parties or, if the parties fail to provide any nominees, the court will make its own appointment subject only to any legal objections raised by the parties. Either party may object to the appointment of a referee based primarily upon a contention of bias or a conflict of interest.

The referee has a deadline of 20 days after the hearing on the dispute to provide his or her statement of decision to the court. The referee's decision becomes the decision of the court, and "judgment may be entered thereon in the same manner as if the action had been tried by the court." In other words, except in very limited situations, the proceedings and the decision are public. After that, the referee's powers typically end, and all subsequent arguments are presented to the trial court and, then, if appropriate, the appellate court.

In making a decision as to whether to employ judicial reference as the parties’ choice for dispute resolution, there are several factors to consider:

Here is a chart we put together showing some basic differences among California litigation, arbitration, and judicial reference:

But all is not absolute when it comes to a “mandatory” judicial reference provision in a contract. In recent years, California’s highest court held that trial courts do have discretion to refuse to enforce “an otherwise valid pre-dispute reference agreement.” Tarrant Bell Property, LLC v. Superior Court (2011) 51 Cal. 4th 538, 544. And what did the Court determine could be a basis for a trial court to refuse to compel the parties to resolve their dispute by reference? “[T]he risk of inconsistent rulings and considerations of judicial economy.”

For example, the trial court could be convinced to deny the reference if not all of the parties to the dispute are parties to the judicial reference agreement. If a seller, a broker, and a buyer have a dispute, but only the seller and buyer have agreed to a judicial reference, there could be two parallel proceedings — reference and litigation — each basically duplicating discovery of the same facts and analysis of the same legal issues. In that case, the court might deny a reference, convinced there could be inconsistent rulings and duplication of effort.

In another case, a California appellate court in a dispute between a homeowners association and a developer held that CC&R’s (covenants, conditions & restrictions) that were lengthy, adhesive, not signed by the parties, and which could not be modified by the homeowners association were not the type of judicial reference contracts that should be enforced under California law. Treo @ Kettner Homeowners Assoc. v. Superior Court (2008) 166 Cal. App. 4th 1055, 1067.

Still, if properly drafted, judicial reference provisions are typically enforced. So it’s best to assess that possibility when the contract is first drafted, when the question becomes one of educated prognostication: If the parties end up in a dispute, what is the best mechanism to resolve that dispute? It’s certainly not a question of cutting and pasting boilerplate provisions. A thoughtful analysis – with input from counsel – is the way to go.