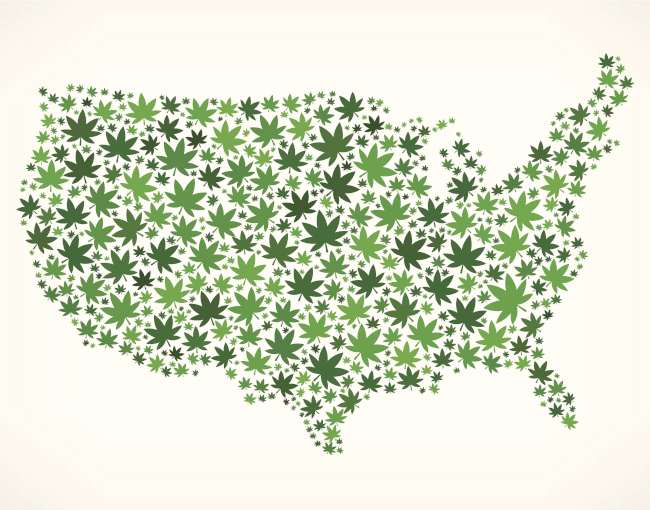 Thompson Coburn LLP has released its latest state-by-state ranking of state cannabis regulations. The guide provides a holistic review of the current cannabis laws in every state including the District of Columbia, from favorable to cannabis businesses to most restrictive. This is the fourth year for the report and it is researched and produced by the Firm’s Tracking Cannabis blog team, and authored by Barry Weisz, a partner in the Thompson Coburn Los Angeles office.

The rankings look at a variety of factors including Cannabidiol (CBD), medical and recreational cannabis, non-profit cannabis entities, commercial cannabis licenses, cannabis regulatory agencies, developments and trends, and business opportunities. Below are some of this year’s highlights in the states in which Thompson Coburn maintains offices as well as some other notable highlights, and the full set of rankings can be found here.

Leading the rankings again is California (#1), the first state to legalize medical marijuana in 1996. Since then, the state has legalized adult-use marijuana, and created a uniform licensing regime for both medical and recreational marijuana use across the state. The biggest restrictions and legal complexities lie in the area of commercial cannabis activities.  A new law passed in July 2022 eliminates the state’s weight-based cannabis cultivation tax to be paid by market growers and created new tax credits for certain cannabis businesses. Other pending legislation would affect employers’ treatment of persons who use cannabis, and potential loosening of restrictions on labeling/marketing requirements for cannabis products.

Illinois dropped from #5 to #6 in the rankings. Under Governor Pritzker the adult usage and purchase of cannabis for recreational purposes was legalized in 2019. In addition, the state has seen the expansion of licenses for marijuana retail stores and craft growers. Current pending legislation includes HB 4116 which allows employers to enforce their drug testing policies and drug-free workplace policies, but an employer may not take adverse action against an employee solely because of a positive drug test for cannabis.

Dropping two places to #15, New York legalized recreational adult-use marijuana in 2021, but the licensing and opening of recreational use marijuana stores has been a much slower process. In Western New York, with an abundance of federally recognized Native American tribal reservations, businesses on protected lands have emerged and gained early success selling recreational use marijuana. However, the first sales that do occur outside reservations will most likely be made by “equity-entrepreneurs with a prior cannabis-related criminal offense who also have a background owning and operating a small business.”

While the District of Columbia (#17) has allowed medical marijuana since 2010 and adult-use cannabis since 2014, the sale of cannabis for recreational use remains prohibited. Adults may possess two ounces of marijuana and grow up to six plants. However, the future of cannabis law in D.C. is dependent on the U.S. Congress, who prohibited actual sales of adult-use marijuana. In 2022, the D.C. Council took action to allow residents over the age of 65 to self-certify their use of marijuana for medical purposes until September 2022, and they passed the Cannabis Employment Protections Amendment Act.

Missouri maintains its middle-of-the-pack ranking at #33, down from its place at #32 last year. While medical marijuana is legal, recreational, adult use is not, although a 2022 ballot initiative pioneered by Legal Missouri 2022 may legalize adult-use recreational marijuana. The initiative also calls for a six percent tax on recreational cannabis sales, and would required regulators to issue at least 144 microbusiness licenses through a lottery system. Existing medical marijuana dispensaries would be first in line to start serving adult consumers with dual licenses.

Texas maintained its ranking at 35 for the second consecutive year. The Lone Star State has not passed legislation allowing for the recreational use of marijuana and has only in recent years legalized industrial hemp and some CBD products, and expanded the range of disorders treatable under the Texas Compassionate Use Act. Because there was no regular session for the state legislature in 2022, no new state laws related to cannabis were introduced or passed. However, a ballot initiative in Austin, Texas passed, which eliminated enforcement of “low-level marijuana offenses” and banning no-knock warrants, although this is, of course, confined to the city of Austin.

Other rankings of note include:

Barry Weisz is a founder and co-chair of the Firm’s Cannabis practice which is committed to advancing the interests of the industry. The attorneys in the practice provide creative, precise and cost-effective legal counsel to cannabis businesses. The firm not only represents marijuana producers, sellers and investors on their formation and operation, but also can provide cannabis law guidance to property owners, equipment providers, insurers, software companies and consulting firms. The scope of the firm’s cannabis-related services varies from state to state, depending upon the applicable legal ethics guidance in each jurisdiction.