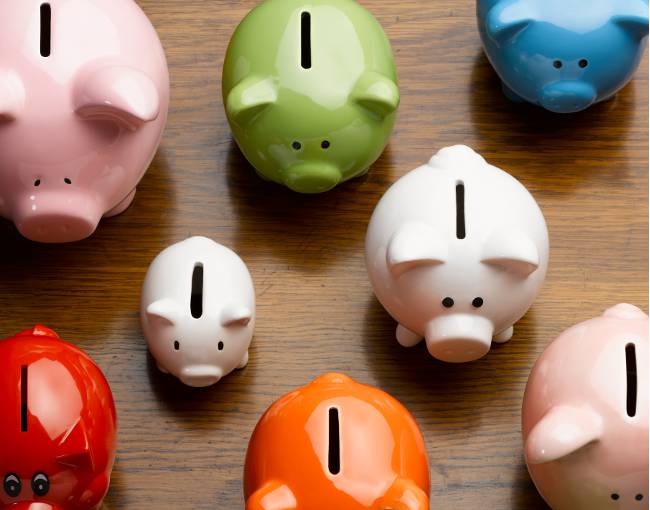 Reprinted with permission of the Employee Benefit Plan Review – September 2017.

Section 503 of the Employee Retirement Income Security Act of 1974, as amended (ERISA), requires a plan to establish claims procedures whereby a participant must receive written notice of a denial of plan benefits and be afforded a reasonable opportunity for a full and fair review of such denial. If the plan document grants discretion to a plan fiduciary to determine eligibility for benefits and the plan establishes and follows ERISA-compliant claims procedures, any denial of benefits by the plan will be granted deference by a court in the event of a lawsuit. In such circumstances, a denial of benefits will be overturned by a court only if the court deems the denial to be “arbitrary and capricious.”

The Department of Labor (DOL) issued regulations under ERISA Section 503 in 1977, 2000, and 2016 which set forth specific requirements for claims procedures. DOL Regulation §2560.503-1(l) provides that if a plan fails to establish or follow claims procedures in accordance with Section 503, a participant may immediately file suit under ERISA Section 502(a) to recover plan benefits because the plan has failed to provide reasonable procedures for a review of the merits of the participant’s claim. The preamble to the 2000 regulations clarifies that a decision that fails to comply with the ERISA claims procedures is not entitled to deference by a court, that is, the court will review the claim for benefits “de novo.” This means that the court will exercise its own discretion in reviewing the participant’s claim with no deference for any prior decision issued by the plan.

Participant lawsuits have increased in the last decade. In addition, over the last few years, the Department of Labor and some courts have applied a stricter standard of compliance for plan claims’ procedures. As a result, some plans are losing the benefit of the arbitrary and capricious standard of review.

Following are nine tips for drafting and implementing plan claims procedures that may help minimize liability under Section 502(a) and increase the likelihood that any claim denials challenged by participants will be upheld by a court.

Tip No. 1: Amend your ERISA plans to provide a limitation on the period during which a participant may file suit under ERISA Section 502(A)(1)(B).

Note: The three-year limitation period in Heimeshoff commenced when proof of loss was due, which resulted in the participant having one-year after exhaustion of the claims procedures in which to file suit. In Barriero v. N.J. BAC Health Fund, the U.S. District Court for New Jersey upheld a three-year limitation that commenced after the year in which services were rendered even though the participant had only nine months to bring suit after exhaustion of the claims procedures.

If a plan document includes such a time limitation, it is important to disclose the limitation in the formal claims procedures and the summary plan description (SPD) for a plan, as well as in the letter denying a claim or appeal or a court may not enforce it.

Tip No. 2: Amend your plan to specify the federal court, or venue, in which a lawsuit to recover plan benefits must be filed.

ERISA Section 502(e)(2) provides that a lawsuit filed under ERISA may be brought in the district in which the plan is administered, where the breach took place, or whether the defendant resides. In Smith v. Aegon Companies Pension, the U.S. Court of Appeals for the Sixth Circuit upheld a plan provision limiting the court in which a participant’s claim for benefits could be filed to the federal district court in which the plan is administered. Although the Sixth Circuit stated that a plan can choose any venue limitation, it is advisable to draft such a plan provision within the choices set forth in ERISA Section 502(e)(2), for example, limit lawsuits to the district court in which the plan is administered. It should be noted that the DOL does not approve of these provisions and may support a participant seeking to void such a provision.

It is important to disclose the venue limitation in the formal claims procedures and the SPD for a plan, as well as in the letter denying a claim or appeal or a court may not enforce it.

Tip No. 3: The requirement that a participant exhaust the administrative claims procedures before filing suit under ERISA Section 502 is not universal.

In Hitchcock v. Cumberland University 403(b) DC Plan, the U.S. Court of Appeals for the Sixth Circuit held that the requirement to exhaust the claims procedures before filing a lawsuit will not apply if a participant files a lawsuit alleging a violation of his or her statutory rights under ERISA, such as a breach of fiduciary duty claim (as opposed to a lawsuit alleging a violation of the terms of the plan).

In so holding, the Sixth Circuit joined six other circuits (Third, Fourth, Fifth, Ninth, Tenth, and D.C. Circuits[1]) in declining to require a participant to exhaust the plan’s claim procedures before filing a suit alleging a violation of statutory rights under ERISA. Only the U.S. Court of Appeals Seventh and Eleventh Circuits have held that the requirement to exhaust a plan’s claims procedures applies to all lawsuits filed by a participant.[2]

Tip No. 4: Participant claims come in many forms.

It is critical to review each communication from a participant, for example, emails, to ascertain whether you have received a claim that triggers the formal ERISA claims procedures. If the participant communication is not clear on this point, it is advisable to clarify in the response how the plan is treating a particular communication. For example, the plan should indicate in a response letter if it is treating a letter or email as a claim for benefits under ERISA or merely a request for information.

Tip No. 5: Make sure the plan complies with all of the DOL claims procedure regulations, including the applicable deadline for responding to a participant’s request or review or appeal of a claim denial.

In Halo Yale Health Plan, the U.S. Court of Appeals for the Second Circuit rejected the holding of the district court that the arbitrary and capricious standard of review applies if a plan is in “substantial compliance” with the DOL claims procedure regulations. In the case, the participant challenged the timing of the plan‘s claim denial and further argued that the plan’s minimal response “Service not covered” did not satisfy the regulatory requirements regarding the content of a claim denial. The Second Circuit stated that a plan’s failure to comply with the claims regulations will result in de novo review in federal court unless the plan (1) has established compliant claims procedures and (2) can demonstrate that any failure to comply with the claims procedure regulations was “inadvertent and harmless.”

In Smith v. Reliance Standard Life Ins. Co.,  the U.S. Court of Appeals for the Ninth Circuit vacated a district court’s decision to uphold a denial of short-term and long-term disability benefits because the district court applied the arbitrary and capricious standard of review. The Ninth Circuit held that, because the insurer failed to provide a denial within the 90-day time limit under the ERISA claims procedures, the district court should have applied a de novo standard of review.

Tip No. 6: Extensions of the deadline for responding to a participant’s request for review or appeal are not automatic.

If more time is needed to decide a claim, the claims procedure regulations permit a limited extension of time if the claimant is notified in advance. Such extensions are not automatic however. In Salisbury v. Prudential Insurance Co., the U.S. District Court for the Southern District of New York applied a de novo standard of review to the denial of a long-term disability claim because the insurer did not provide adequate justification for its extension of the deadline for responding to the participant’s claim. Although Prudential had timely notified the participant of the extension, the extension letter merely stated that the extension was required due to the need for physician and vocational review.

The Court noted that DOL regulations require a plan to notify the participant of the “special circumstances” requiring the time extension. The Court stated that the preamble to the 2000 claims procedure regulations indicated that “too much work” was not an adequate rationale. The circumstances must reflect a situation beyond the control of the plan. The Court concluded that physician and vocational review is required in all disability claims and was a foreseeable circumstance that did not warrant an extension.

Tip No. 7: Respond to all arguments raised by a participant and address all supplemental information provided by the participant with respect to a claim.

A participant’s written request for review and appeal, the plan’s written responses, and supporting information and documents will serve as the administrative record should the participant file suit to recover benefits under ERISA Section 502. The record generally may not be supplemented by either party after the claims procedures have been exhausted. Therefore, any participant arguments or supplemental information that is not refuted by the plan during the claims process may cause a court to rule in favor of the participant.

Tip No. 8: The best defense is a good offense.

A close corollary is to be professional in all internal communications with respect to participant claims or requests. It is difficult to predict what communications may fall within a discovery request in a Section 502 lawsuit. Therefore, refrain from personal opinions regarding the participant or the claim. Do not say anything you would not want repeated in open court or in a published court opinion.

Tip No. 9: The DOL issued regulations in December 2016 that revise the claims procedures applicable to disability claims. The new requirements are effective for claims filed on or after January 1, 2018.

In light of the previous tips, it is advisable for plan sponsors and plan administrators to closely review existing claims procedures to determine whether updates are advisable.