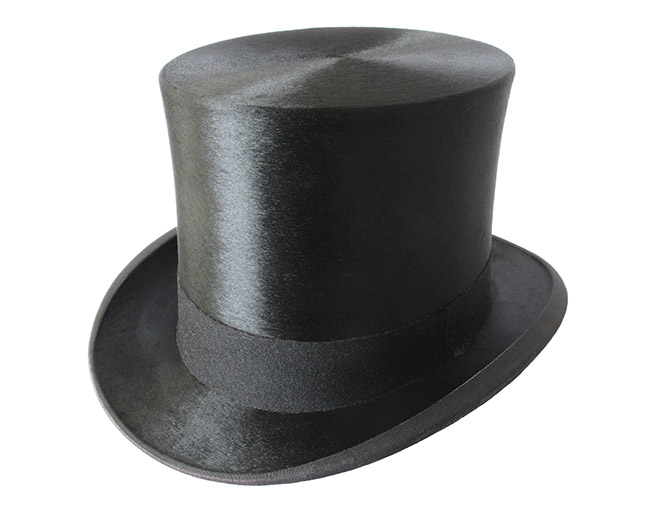 This article originally appeared in the October 2018 issue of Employee Benefit Plan Review.

A top hat plan is a nonqualified deferred compensation plan that is designed to defer taxation and avoid key provisions of the Employee Retirement Income Security Act of 1974, as amended (ERISA). Typically, top hat plans benefit executives whose annual compensation exceeds the limit for compensation that can be taken into account under a qualified retirement plan.[1] Because top hat plans provide significant tax and economic benefits, they have been the subject of participant lawsuits as well as scrutiny by the Internal Revenue Service (IRS) and Department of Labor (DOL).

The following is a checklist for employers with steps that can be taken to minimize the impact of participant lawsuits and governmental audits and investigations with respect to top hat plans.

Monitor the group of eligible employees

Top hat plans are plans maintained “primarily for the purpose of providing deferred compensation for a select group of management or highly compensated employees.” (ERISA Sections 201(2), 301(a)(3) and 401(a)(1)) Plans with top hat status are exempt from the eligibility, vesting, funding, and fiduciary rules under ERISA.

Neither ERISA nor the regulations thereunder clearly define the “select group” that can be covered under a top hat plan. For example, neither the term “highly compensated” nor the term “management” has been defined for purposes of determining top hat plan status. Nor is there a numerical test for the size of the group. As a result, participants have sometimes sued employers, arguing that they are entitled to certain ERISA protections, e.g., vesting, because a plan’s eligibility group is too broad. In addition, because of the sizable benefits provided thereunder, the eligibility provisions of a top hat plan have, on occasion, been scrutinized by the DOL.

In a footnote to a 1990 Advisory Opinion, the DOL first provided its interpretation of the term “primarily” as used in the top hat plan exemptions under ERISA. The DOL stated that the word “primarily” refers to the purpose of the plan, i.e., the provision of benefits, and not to participant composition under a plan. In 2015, the DOL filed an amicus brief with the U.S. Court of Appeals for the Fourth Circuit in which it reiterated its position that the word, “primarily” modifies the phrase “for the purpose of providing deferred compensation and does not modify the phrase “for a select group of management or highly compensated employees.” As a result, it is not advisable to include in a top hat plan individuals that do not fit within the select group.

In Sikora v. UPMC, the U.S. Court of Appeals for the Third Circuit held that bargaining power over plan design was not a factor in determining whether a plan covers a select group of highly compensated or management employees. Similarly, in Alexander v. Brigham & Women’s Physicians Org., Inc., the U.S. Court of Appeals for the First Circuit held that the bargaining power of plan participants should not be taken into account in determining whether a plan is a top hat plan. In contrast, several other Circuits, relying upon the language in ERISA Advisory Opinion Letter 90-14A which describes Congress’ intent in creating the top hat plan exemption, have concluded that bargaining power is a relevant factor in determining the top hat group.[2]

The above illustrates that, in the absence of a bright line test for top hat plan status, courts and the DOL have developed guidelines, sometimes conflicting, that should be heeded by employers. Employers must guard against expanding the eligible group of employees to include individuals that a court or government agency may determine to be outside the “select group.”

It is advisable to clearly identify the eligible group in the plan document. Alternatively, if the plan’s eligibility provision merely reflects the language of the ERISA top hat exemption, the employer should develop guidelines that clearly define the eligible group. In the case of a borderline participant, it is advisable to prepare a written analysis supporting the inclusion of such individual in the top hat plan and keep it with plan records.

Give your plan administrator the power to issue binding determinations

In the Firestone case, the U.S. Supreme Court held that, if a plan administrator has been given the discretion to interpret and apply the provisions of a plan subject to ERISA, then judicial review of a benefits denial by the plan administrator will be conducted applying an arbitrary and capricious standard of review.

There is a split in the federal Circuits regarding the standard of review that should be applied in cases involving top hat plans. The Seventh and Ninth Circuits have applied the arbitrary and capricious standard if the plan administrator has been granted the requisite discretion required under Firestone.[3] In contrast, the Third and Eighth Circuits have held that a de novo standard applies since plan administrators of top hat plans are not subject to the ERISA fiduciary rules.[4]

Notwithstanding the split in the Circuits on this issue, a top hat plan document should grant to the plan administrator the discretion to determine eligibility for benefits and to make all other determinations necessary for the administration of the plan. In addition, the plan should provide that all determinations by the plan administrator are binding unless determined to be arbitrary and capricious by a court having jurisdiction. Even if a court holds that ERISA rules relating to the applicable standard of review do not apply, it may decide to enforce such plan provisions as a matter of contract law.

Specify the court in which lawsuits must be filed

Limit the period for filing suit

In Heimeshoff v. Hartford Life & Accident Insurance Company, the U.S. Supreme Court held that a plan may provide for a particular limitations period, even if it starts to run before the cause of action accrues if the period is reasonable.  Based on subsequent cases, a limitations period of one year should be considered reasonable.[6]

A key issue is when the statute of limitations begins to run. A number of Circuits have adopted the doctrine that a formal denial of a claim is not required to start the limitations period if there has been a clear repudiation of the benefits that was made known to the participant or beneficiary.[7]

Based on the above, the plan document should be drafted to limit the period during which a lawsuit may be filed to a specified period after the cause of action has accrued, e.g., one year. The top hat plan document should also provide that a cause of action accrues on the earlier of the date (i) the participant has exhausted the claims procedures under the plan, or (ii) the plan or plan administrator has clearly repudiated the participant’s or beneficiary’s right to benefits (even if not yet filed) and such repudiation is known to the participant. These limitations should also be included in plan summaries provided to plan participants and in any letters denying claims or appeals.

In Davidson v. Henkel, a federal district court held that an employer was responsible for additional FICA taxes owed by a NQDC plan participant due to the employer’s failure to follow the special timing rule. The court based its decision on the fact that the plan document stated that the company would withhold applicable taxes and the employer failed to do so.

Employers should be careful to administer top hat plans in accordance with the special timing rule to the extent applicable. In addition, based on the Henkel decision, the top hat plan document should be drafted to indicate that, although the employer has the right to deduct from amounts otherwise payable under the plan any federal, state, local or other applicable taxes, the employer does not guarantee the tax consequences of the plan and has no obligation to indemnify any person against any taxes attributable to benefits provided under the plan. Such provisions will help protect the employer should inadvertent violations of the special timing rule occur.

Section 409A imposes rules on the deferral and distribution of NQDC. It is beyond the scope of this article to summarize hundreds of pages of Section 409A regulations. Employers should seek legal counsel whenever adopting or modifying a top hat plan to ensure compliance with these complicated rules. Our previous article provides a good overview: Section 409A: Top 10 rules for compliant non-qualified deferred compensation

Although top hat plans are exempt from many of the onerous provisions of ERISA and need not comply with the numerous regulations applicable to qualified retirement plans, there are still pitfalls that can be avoided through careful drafting and vigilant plan administration.