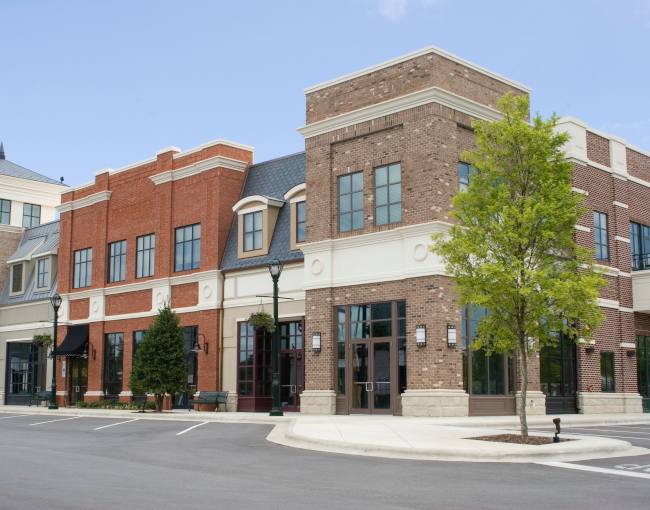 As COVID-19 prompts more retail tenant bankruptcies, how should landlords and lenders respond?

Businesses that were already struggling before the COVID-19 pandemic hit the United States are now facing the consequences of having to close their doors during the public health crisis.

In May 2020, J. Crew Group, Neiman Marcus and JCPenney all filed for bankruptcy within weeks of each other. Even before the current market conditions set in, lenders and landlords had been scrambling to keep up with the deluge of retail lease workouts and bankruptcy filings. These challenges are particularly acute in the instances of tenants in retail strips or shopping centers, where it is becoming more and more difficult to simply find a new tenant to fill the space and thereby replace the outgoing tenant’s percentage of the taxes and common area expenses, not to mention replacing the income stream.

Where the case is filed

While Delaware has been the hub of the bankruptcy cycle over the last ten years, the trend has begun to change with the retail bankruptcy rise. By way of example are the following recent retail case filings:

As part of their initial case analysis and strategy considerations, landlords and their lenders should consider where a bankruptcy is filed and whether the venue selected poses particular challenges. For instance, landlords and lenders should consider whether local counsel is required or merely suggested, whether creditors are permitted to make limited filings (such as proofs of claim or administrative claim motions) without the need for a full appearance in the case, and to what extent any claims and noticing agent can mitigate costs of case monitoring. Additionally, case law governing calculation of rental claims may be more favorable for landlords in one jurisdiction over another. Landlords and their lenders should take particular note of a bankruptcy filing, wherever its venue, as the Bankruptcy Code and local practice allow for a rapid pace on limited notice.

Just as its name implies, the automatic stay arises automatically under Bankruptcy Code Section 362 when a debtor files for bankruptcy protection. The stay prohibits any action to enforce lease obligations against a debtor, except to the extent that the bankruptcy court otherwise authorizes. Where the debtor is a tenant, a landlord (or its agent) cannot take any act to collect a pre-bankruptcy debt, such as pursuit of eviction, default letters and application of funds on account to amounts owed. The stay also prohibits a lender, including a leasehold mortgagee, from pursuing foreclosure. Accordingly, parties should carefully consider their actions vis-à-vis a bankrupt tenant.

Landlords and leases receive special attention in the Bankruptcy Code, and aligning with an experienced bankruptcy professional early in a case is key to efficiently managing risk. Debtor-tenants must pay rent if they remain in the space post-bankruptcy, although when rent payments start is not always a straightforward issue. For instance, Modell’s Sporting Goods and Pier 1 Imports separately received bankruptcy court approval to abate rent amidst the pandemic, despite the fact that the 60-day mark of a bankruptcy case is the typical mark by which a debtor should begin paying rent per Bankruptcy Code Section 365(d)(3) if the lease has not yet been rejected.

Aside from rent payment, the Bankruptcy Code sets out deadlines by which a debtor-tenant must assume or reject a lease. While this deadline is important to ensure a landlord is not held captive indefinitely, a debtor’s ability to assume or reject unexpired leases can create complications. Debtors and their professionals take a cost/benefit approach when evaluating whether to assume or reject a lease. Most susceptible to rejection by tenant-debtors are leases at or above market rates, or covering locations in relatively close proximity to one another. For example, 24 Hour Fitness Worldwide identified proximity of certain lower-performing clubs to other, higher-performing clubs as a basis for its initial store closing strategy.

Claims arising from a tenant’s rejection of a lease are limited by Bankruptcy Code Section 502(b)(6). Landlords should be mindful of the nuance involved in calculating rejection damages to maximize the recovery available under the Bankruptcy Code and applicable case law. Additionally, Landlords should be aware that a debtor may “abandon” the premises and its contents, which can add to the headache of lease termination.

While lease assumption (as opposed to rejection) may seem initially attractive, landlords should carefully consider what a debtor (or a proposed assignee) is offering and the ability of the assuming party to perform over a number of years into the future. Leases may not be assumed without meeting certain criteria, including cure of monetary defaults, and the landlord will want to assure that all pre-conditions to assumption existing under the Bankruptcy Code are met. Moreover, landlords in shopping centers are afforded certain additional protections to assure tenant mix and other attributes of the center are maintained when an assumption (or assumption and assignment) of a lease occurs. The shopping center landlord should be vigilant in protecting its position as the Code permits.

How should landlords and lenders respond?

Taking a passive or wait-and-see approach when facing a retail tenant bankruptcy is typically not beneficial to landlords and their lenders, and can even add downside risk. A landlord’s early insistence on something as basic as notice of next steps can make a material difference in the treatment afforded the landlord in a retail tenant’s bankruptcy case. For lenders, if the landlord determines for whatever reason not to take an active role in fighting for as much as possible, the lender may need to step in to preserve its collateral and use its powers granted under instruments such as an assignment of leases to take an active role.

Moreover, finding a reliable bankruptcy professional to interface with a debtor’s representative early in a retail tenant bankruptcy can help avoid adding time and expense to an already tedious and at times complex process.

By having familiarity with the common issues that may arise when confronted with a bankrupt tenant, commercial landlords and their lenders can better protect themselves to minimize the impact of a tenant’s financial woes.