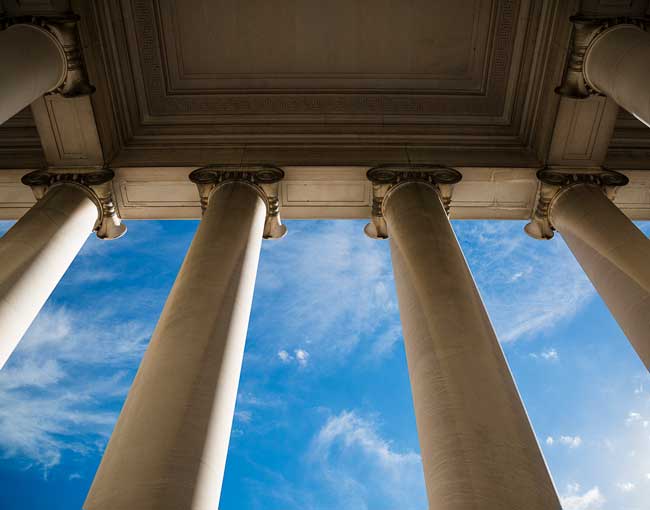 On January 6, 2021, the U.S. Patent and Trademark Office (USPTO) issued a memorandum clarifying the standard for indefiniteness in post-grant proceedings under the America Invents Act (AIA). Specifically, the USPTO decided on the Nautilus standard, under which a claim is invalid as indefinite “if the claim, read in light of the specification delineating the patent, and the prosecution history, fails to inform, with reasonable certainty, those skilled in the art about the scope of the invention.” The memorandum is available here.

Title 35 U.S.C. § 112(b) provides that a patent shall have “one or more claims particularly pointing out and distinctly claiming the subject matter which the inventor or a joint inventor regards as the invention.” The section, therefore, requires that patent claims be definite. A determination of whether a patent claim is indefinite can be made by the USPTO during examination, on appeal from examination, and during post-grant proceedings under the AIA (e.g., during inter partes review and post-grant review proceedings). In addition, district courts also decide whether patent claims are indefinite during infringement litigation.

In lawsuits asserting patent infringement, district courts apply the Nautilus standard, referenced above, in determining indefiniteness. The USPTO, however, uses a different indefiniteness standard during examination, known as the Packard standard. Under this standard, a “claim is indefinite when it contains words or phrases whose meaning is unclear.”[1] In a precedential decision, the PTAB explained that the Nautilus standard does not apply to examination because the USPTO interprets claims under a different standard than district courts do in infringement litigation and because of procedural differences between examination and litigation.[2]

During examination, the USPTO uses the “broadest reasonable interpretation” standard for claim construction. District courts, in infringement litigation, however, apply the Phillips standard.[3] Essentially, the USPTO more broadly construes patent claims than district courts do. Because of this, the PTAB reasoned the USPTO could demand more clarity under the Packard standard than district courts demand under the Nautilus standard. This is particularly true because applicants can always amend their patent claims after receiving an indefiniteness rejection from the USPTO, while the same is not true in district-court litigation.[4]

The PTAB in Ex parte McAward, however, specifically declined to decide what indefiniteness standard applied in post-grant trial proceedings under the AIA.[5]

The standard in AIA trials after Ex parte McAward

While the PTAB never settled the issue in a precedential decision, it applied the Packard standard to a post-grant review in Telebrands Corp. v. Tinnus Enterprises, LLC.[6] And on appeal, the USPTO intervened, and filed a brief arguing that the Packard standard should apply to AIA post-grant proceedings.[7] The USPTO, however, later withdrew from that case.[8] And the Federal Circuit sidestepped the issue by finding the disputed claims were not shown to be invalid under either indefiniteness standard.[9]

The USPTO withdrew as an intervenor from the Tinnus case because it internally decided to change its regulations on the claim construction standard for AIA post-grant proceedings.[10] The USPTO later published new rule changes, aligning the claim construction standard with that used by district courts. Specifically, all AIA post-grant proceedings filed on or after November 13, 2018 use the Phillips standard, as opposed to broadest reasonable interpretation.

Indefiniteness after the switch to the Phillips standard

Even after the USPTO’s change to the Phillips standard, it was still unclear what standard for indefiniteness applied. The rationale in Ex parte McAward that the USPTO could use a different indefiniteness standard because it used a different claim construction standard no longer applied. The rationale that the USPTO should be able to demand more clarity than district courts because claim amendments are allowed, however, still applied. Patent owners are able to amend their claims in AIA post-grant proceedings, although doing so is not as easy as it is during examination.

As the USPTO’s memorandum explains, the PTAB repeatedly noted there was uncertainty as to the indefiniteness standard. Instead of deciding the issue, the PTAB typically sidestepped it (as the Federal Circuit did in Tinnus) by finding that the result would be the same under both standards. The USPTO in its memorandum, therefore, decided to provide guidance and clarify the issue. In particular, the USPTO decided to apply the same Nautilus standard used in district court to “promote consistency and efficient decision making among coordinate branches of government that decide similar issues in co-pending proceedings.” Memorandum at 5. This, however, is only for AIA post-grant proceedings. The USPTO will continue to apply the Packard standard during examination and on appeal from examination.

For now, the PTAB will apply the Nautilus standard for indefiniteness in AIA post-grant proceedings. But this may not be the final word on the issue. The memorandum is not binding on the Federal Circuit. And the Federal Circuit has refused to defer to other similar guidance from the USPTO.[11] Unless the USPTO goes through the formal rulemaking process under the Administrative Procedure Act, the Federal Circuit is likely to eventually decide the applicable standard anew.