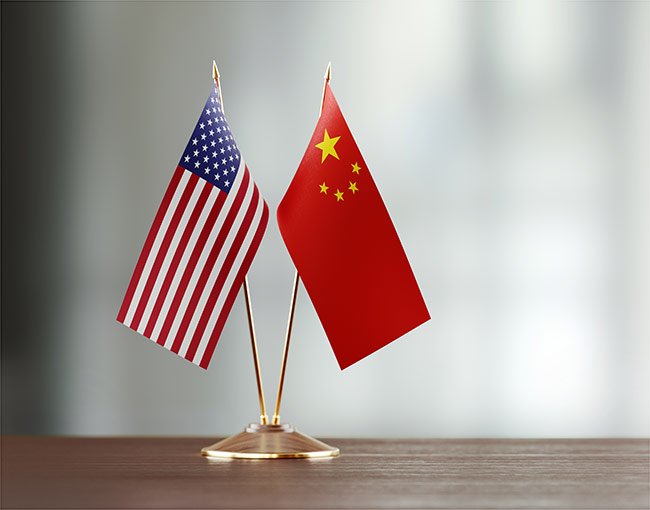 Tensions between the U.S. and China have grown over recent years, with China becoming a top national security priority. U.S. regulators have become concerned about Chinese military and civil integration, and sensitive U.S. technologies or information making their way to China. As a result, the U.S. has tightened export control restrictions involving China and Chinese entities and imposed blocking sanctions on several Chinese entities and persons. The U.S. has also responded swiftly to what it views as the Chinese government’s erosion of Hong Kong’s autonomy after the passage of China’s 2020 National Security Law. Finally, the U.S. has taken a number of steps to respond to human rights abuses occurring in certain portions of China. These actions, taken together, have significant ramifications for U.S. companies doing business in China or with Chinese entities.

For companies exporting goods to China, Russia or Venezuela, an important change took place with respect to products with military end uses or users on June 29, 2020. Previously, 15 C.F.R. § 744.21 of the Export Administration Regulations (EAR) required a license for the export, reexport or transfer (in-country) of items classified in ECCNs provided for in Supplement No. 2, Part 744 of the EAR if the exporter had “knowledge” that the item is intended for military end uses in China, or military end users or end uses in Russia or Venezuela. Military end use included direct uses, such as parts or components of weapons, as well as indirect uses, like those for maintenance or repair. After the June 29 changes, the definition of military end use was expanded to include “any item that supports or contributes to the operation, installation, maintenance, repair, overhaul, refurbishing, ‘development’ or ‘production’ of military items.” The new definition could now capture any item tangentially related to military uses.

In addition, the rule was expanded to include military end users in China, in addition to military end uses. The definition of “military end user” encompasses not only the military and government organizations supporting the military, but also “any person or entity whose actions or functions are intended to support ‘military end uses.’”[1] This poses significant compliance challenges when doing business with Chinese companies—given the continuing overlap between civil and military organizations in China, additional due diligence will likely be required before proceeding with transactions under the new rule to determine whether a license may be needed. On top of these revisions, BIS changed the license review policy to a “presumption of denial” for most transactions involving military end use/end users in China, making it more difficult to obtain a license if needed.[2]

Revisions to the long-established Foreign Direct Product Rule are another major change in export controls affecting trade with China.

The Foreign Direct Product Rule is set out in General Prohibition Three to the EAR,[3] and outlines how certain foreign-produced goods may become subject to the EAR. The original rule imposed license requirements for the reexport of foreign-produced goods that were controlled for national security reasons, and that were the direct product of certain U.S. origin “technology” or “software.” In May and August 2020, BIS revised the Foreign Direct Product Rule with the addition of new, independent means for controlling foreign-produced goods by the addition of footnote 1 to Supplement No. 4 to Part 744 of the EAR, the Entity List.[4]

The rule specifically targets transactions involving Huawei Technologies Co. Ltd., which is the primary entity listed in Footnote 1 to Supp. No. 4, Part 744, along with a number of its affiliates. The August 2020 action by BIS added an additional 38 non-U.S. Huawei affiliates to the Entity List, bringing the total listed Huawei entities in Footnote 1 up to 153 entities.[6]

The new rule is far-reaching—any potential transaction involvement, downstream or upstream, by a Huawei affiliated entity listed in footnote 1 might involve significant investigation on the part of the exporter. This may require not only ensuring that no footnote 1 entities are involved in the actual dealings for the transaction, but also tracking the end use of products being exported to ensure that they are not at any point being incorporated into products for footnote 1 entities.

Pursuant to the United States-Hong Kong Policy Act of 1992, Hong Kong benefitted from different treatment than China experienced on trade matters. The treatment was set to continue until at least 2047. In Executive Order 13936 (July 14, 2020), President Trump directed the termination of Hong Kong’s favorable treatment, pursuant to a portion of the Act which allowed such an Order in the event the President determined that Hong Kong was no longer sufficiently autonomous. With the termination of Hong Kong’s special status, it is effectively treated the same as China for most trade matters.

In the time following the removal of its special status, certain regulations have already leveled the differential treatment previously afforded to Hong Kong. For example, on July 31, 2020, BIS amended the Export Administration Regulations (EAR) to suspend a long list of license exceptions previously available for exports and reexports to, and transfers within, Hong Kong because these exceptions were not available to China.

Finally, the United States has also taken action to address human rights violations occurring in China. On June 17, 2020, Congress passed the Uyghur Human Rights Policy Act of 2020, condemning “gross human rights violations of ethnic Turkic Muslims in Xinjiang, and calling for an end to arbitrary detention, torture, and harassment of these communities inside and outside China.”[7]

Shortly thereafter, pursuant to Executive Order 13818, “Blocking the Property of Persons Involved in Serious Human Rights Abuse or Corruption” and the Global Magnitsky Human Rights Accountability Act (Public Law 114-328), on July 31, 2020, OFAC added Xinjiang Production and Construction Corps (XPCC) to its SDN list due to human rights abuses in the region, along with former and current government officials involved with XPCC for the violations.[8] The U.S. Customs and Border Protection also issued a Withhold Release Order (WRO) on cotton imported by the Chinese producer due to the use of forced labor in the region. Due to the XPCC’s large size and unique administrative role in the Xinjiang region, the OFAC designation and CBP WRO affects a large amount of commerce involving Xinjiang.