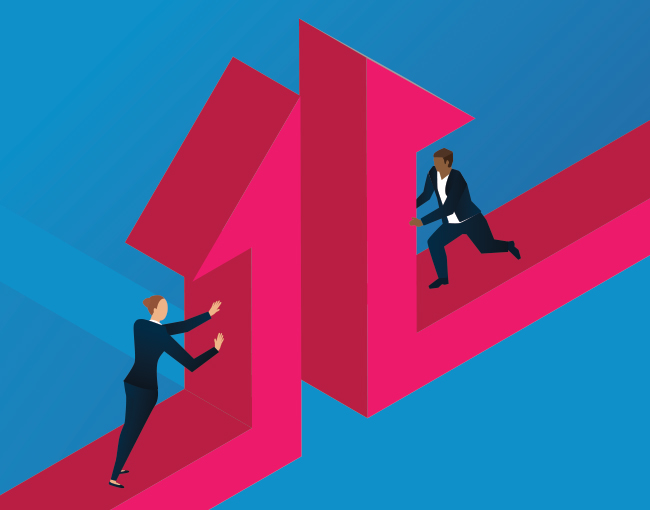 What is a SPAC, and where does it fall on the path to liquidity?

Private companies that are looking for a liquidity option or a path to go public might consider merging with a Special Purpose Acquisition Company (SPAC). A SPAC is a type of blank-check company formed by a sponsor that first goes public through an initial public offering (IPO) and then uses the IPO proceeds to combine with a target company after becoming public. Described below are some advantages and disadvantages that a target company may consider before deciding to merge with a SPAC.

The SPAC places the proceeds from the IPO into an interest bearing trust account that is used to pay expenses of the SPAC and later combine with a target, which becomes the surviving, public company. SPACs typically have between 18 - 24 months after the IPO to consummate a combination with a target company, which is typically referred to as the “De-Spac” transaction.

Merging with a SPAC is just one of many options that private companies can exercise when examining liquidity options and under what conditions. The below diagram demonstrates where merging with a SPAC falls on the “path to liquidity” for private companies. SPACs are similar to a reverse merger with a public shell, but have unique characteristics, including the formation of the trust account, the regulated IPO price of $10 per unit, the timeline to consummate a business combination and more.

Advantages: What benefits can target companies gain by choosing to merge with a SPAC?

If a company goes public through an IPO, which is listed and traded on an exchange, its initial stock price can be volatile. Market volatility was exacerbated in 2020 by COVID-19 and continues to show signs of uncertainty. In a typical IPO, the initial offering price is negotiated with the underwriters based on their collective marketing efforts. Merging with a SPAC can eliminate some market volatility risk because the target company and the SPAC agree upon the valuation of the target and the consideration before the business combination. But after the merger, the stock price fluctuates.

In 2020, 248 SPACs conducted IPOs, which was more than all other previous years of SPAC IPOs combined since their inception in the early 1990’s. So far, 2021 is seeing an even larger boost with already over 303 SPACs having completed their IPOs. 2021 is on pace to see over 1,000 SPACs go public if this pace continues.

Currently, over 297 SPACs are looking for target companies to merge with, and with the typical timeline of 18-24 months to consummate the business combination, SPACs are hustling to find suitable targets. To put it plainly, target companies could have bargaining power, especially high-quality targets. Before the rise in SPACs, targets may have spoken to only one SPAC about merging, but now it is common to speak with multiple SPACs before deciding on a deal. Many private businesses of size have been contacted multiple times by many SPACs. As more SPACs go public, leverage is shifting to targets, enabling them to secure favorable terms, such as higher valuations of the target.

One of the key aspects that makes SPACs unique as compared to other shell companies is that SPACs place all proceeds from the IPO in an interest-bearing trust account. The proceeds in the trust account are used later on as working capital in the new company for growth, once all of the other expenses and obligations are paid. One of these obligations is to pay the shareholders the pro rata value of their shares if they choose to redeem before the De-Spac transaction, which has a varying effect on the proceeds depending on the number of shareholders that choose to redeem.

If few shareholders exercise their redemption rights, then the trust account is a great source of cash for the target company, either to pay cash consideration or as working capital in the new company. If many shareholders exercise their redemption rights, and the cash in the trust account is low or insufficient to consummate the merger, SPACs have other sources of capital from which to draw. SPACs frequently rely on private investment in public equity (PIPE) to generate capital before the business combination. SPACs are able to negotiate with institutional investors to secure the investments before the business combination and increase the amount of money in the trust account. PIPEs into SPACs have become a common feature of these transactions.

Targets are typically able to take their company public under a shorter timeline compared to the typical IPO process. Merging with a SPAC on average takes between 2-6 months, whereas the more intensive IPO process on average could take between 5-9 months. If a target company desires to take advantage of market conditions, merging with a SPAC may be a more suitable option.

Disadvantages: What are potential drawbacks for target companies considering merging with a SPAC?

Target companies want the new, combined company to perform well post-merger, especially if the target board received equity in the new company as consideration. However, the combined companies, on average, have negative post-merger returns during the first year on the market. Despite negative returns for some companies, most SPACs that are considered “high quality” see stronger returns post-merger. High quality refers to SPACs with sponsors that are from a well-regarded fund with over $1 billion in assets, a former officer of a fortune 500 firm, or someone with high visibility.

The reason for this average negative performance can be partly attributed to the dilutive nature of SPACs. This dilution mainly stems from the founder shares that the sponsor receives. When a sponsor forms a SPAC, they typically receive 20% equity for a nominal contribution. This means that roughly only 80% of the shares are backed by actual cash from the IPO and placed in the trust account. If there are high levels of redemption from the shareholders before the De-Spac transaction, then the amount of shares backed by capital continues to decrease. This causes dilution and can lead to poor performance in the market post-merger.

While target companies may consider the quicker path to go public a benefit, it can pose some problems if companies cannot get “public ready” in just 2-6 months. Target companies need to carefully consider readiness in areas such as financial reporting, tax, legal and SEC reporting, executive expertise, human resources, technological processes, and more. It is imperative to plan several months before any contemplated business combination and engage with accounting advisors, SEC counsel, and other consultants and advisors to ensure compliance once public.

3. Not the right fit

The average SPAC IPO size has risen from $36 million in 2009 to $324 million in 2021. SPACs generally look to combine with a target company that is 2-3 times the size of the amount of capital in the trust account. This means that target companies that have a valuation lower than $150-$200 million are going to have a tough time finding a SPAC to merge with due their size.

SPACs are becoming ever more popular as big name sponsors and even celebrities are getting involved and high quality SPACs are seeing positive returns post-merger. For a target company, SPACs may be the right option, but for others, merging with a SPAC might not be the right path to going public. Due to the intricacies of these transactions, be sure to consult an attorney early in the M&A process.