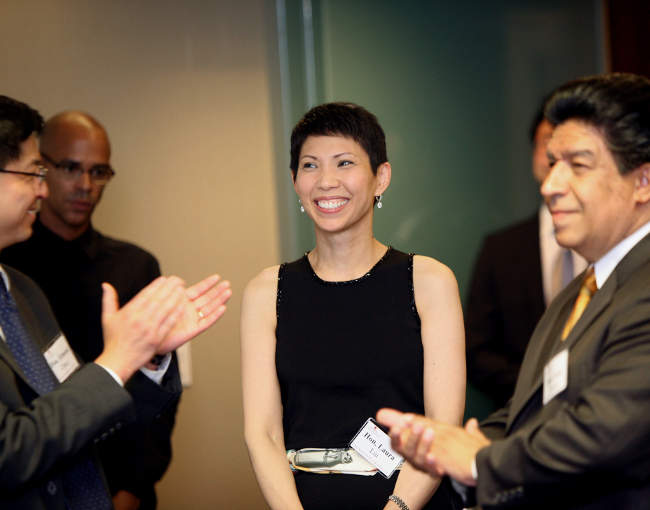 On June 28, Thompson Coburn had the privilege of sponsoring the Asian American Bar Association of Chicago’s celebration of a remarkable milestone: the election and appointment this year of four Asian American judges.

Four Asian American attorneys achieved judgeships in 2012 — three in Cook County and one in the U.S. District Court for the Northern District of Illinois.

The event, hosted at Thompson Coburn’s Chicago office, was attended by more than 100 guests, including members of several minority bar associations and nearly a dozen Chicagoland judges.

The Chicago Daily Law Bulletin ran photos of the event in its July 5 edition.