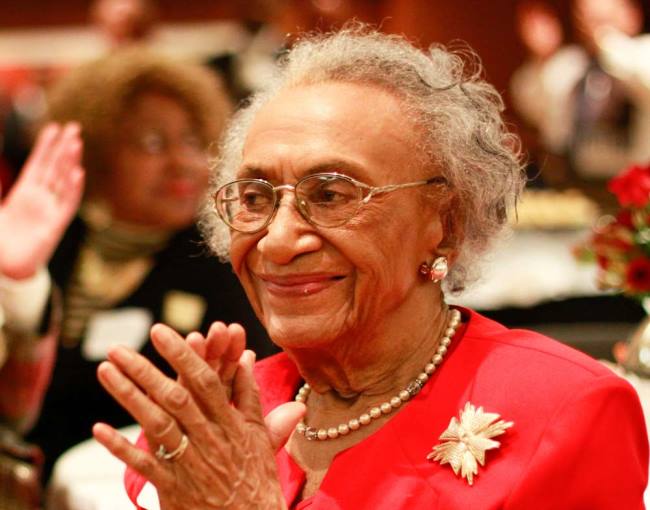 Ms. Freeman was the first woman named to the United States Commission on Civil Rights. She served on the commission for 16 years — through four presidential administrations — and traveled the country during the 1960s hearing first-hand accounts of racial discrimination.

Ms. Freeman was also part of the legal team that led the landmark civil rights case Brewton v. Board of Education in St. Louis. The case predated Brown vs. Board of Education and challenged the “separate but equal” doctrine. She also led the NAACP team that successfully ended segregation in public housing in St. Louis. For that case, she conducted discovery, wrote the briefs and argued the case before a federal judge.

Thompson Coburn partner Bill Bay, a member of the ABA’s Commission on Racial & Ethnic Diversity in the Profession, announced that the ABA will award Ms. Freeman early next year with a national Spirit of Excellence Award. The Spirit of Excellence Award celebrates the efforts and accomplishments of lawyers who excel in their professional settings and who have demonstrated a commitment to racial and ethnic diversity in the legal profession.

Bay discussed Ms. Freeman’s role as a featured speaker at a 2012 ABA Section of Litigation presentation on leadership lessons from the Civil Rights movement. (Click here to watch a video of Ms. Freeman’s remarks, starting at 26:22.)

“We listened to great speakers led by Paulette Brown and Judge Bernice Donald,” Bay said. “But the best speaker was Frankie Muse Freeman. She made me proud to be a St. Louisan that day and every day.” Of Ms. Freeman’s ABA award, Bay said, “It’s long overdue for the entire nation of lawyers to recognize what a treasure we have in Ms. Freeman.”