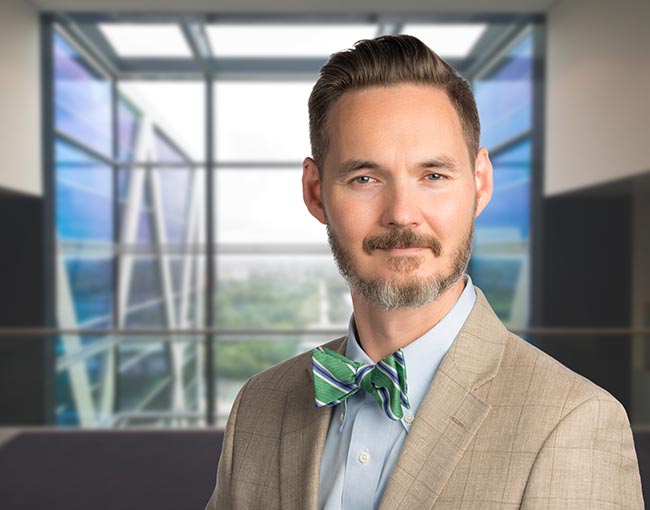 Thompson Coburn is pleased to announce that Aaron D. Lacey has joined the firm as a partner in our St. Louis office. Lacey joins the firm from Vatterott Educational Centers, Inc., a St. Louis-based postsecondary education company, where he served as Senior Vice President of Regulatory Affairs & Strategic Development.

Lacey will draw on his extensive experience specific to the higher education community to counsel clients on the myriad federal, state, and accrediting agency laws and standards that govern institutions of higher education, and, in particular, the administration of the federal financial aid programs. He will also focus on postsecondary mergers and acquisitions, policy creation and implementation, and compliance systems design.

In his prior position, Lacey oversaw regulatory, compliance, and government affairs matters for Vatterott’s 24 campus locations in the Midwest and Southeast United States, as well as for its online division. He managed all company interactions with postsecondary regulators, including those relating to audits, investigations, reporting and licensing requirements, student and employee complaints, and institutional development. Lacey also provided legal counsel on the wide range of federal, state, and accreditor provisions applicable to the company’s schools, and managed aspects of its public relations and strategic development efforts.

Before joining Vatterott, Lacey served for nearly eight years as an attorney with Dow Lohnes in Washington, D.C. As a member of the firm’s Postsecondary Education Practice Group, Lacey assisted institutions in the drafting and negotiation of a wide variety of agreements, including domestic and international articulation, consortium, licensing, marketing, and agency contracts, and in the case of institutional sales and acquisitions, stock and asset purchase agreements.

Lacey also represented institutions and lenders in proceedings before administrative law judges, state licensing entities, accrediting agencies, and the U.S. Department of Education’s Office of Inspector General. He regularly advised institutions of higher education in matters involving an array of federal laws and agencies, most commonly the HEA and its prominent component parts, such as Title IV, FERPA, the Clery Act,  and Title IX as well as, among others, HIPAA/HITECH, ADA, TILA, SEVIS, and Export Controls.

Lacey graduated from the Vanderbilt University Law School, where he earned a J.D. and a Certificate of Specialization in Law and Business. He earned a B.A. in Political Science and Spanish from Duke University.