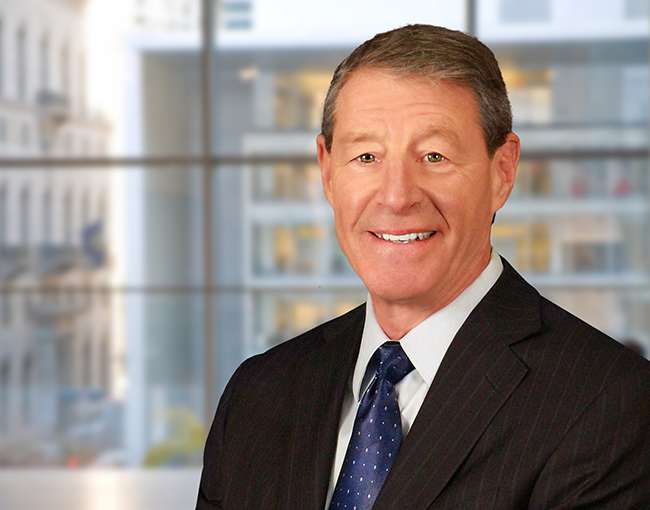 Rich Reinis, a corporate strategist and litigator with a unique in-house business perspective, has joined Thompson Coburn’s Los Angeles office as a partner.

Rich has received national attention for founding the company that first brought Krispy Kreme Doughnuts to Southern California in 1999. As reported this month by The American Lawyer, Rich served as chairman and general counsel of an exclusive Krispy Kreme franchise after a decades-long legal career in Los Angeles, including work at Munger, Tolles, Hills & Rickershauser and as a general counsel for three different companies.

By 2004, Rich’s company employed 1,400 workers in 31 restaurants and delivered fresh doughnuts to 800 grocery stores, making it the largest Krispy Kreme franchisee in the United States. When after rapid initial growth Krispy Kreme sales faltered, Rich restructured the entire business. The company successfully emerged from Chapter 11 and went on to survive and thrive. The story has been the subject of articles in the Wall Street Journal and the Los Angeles Daily Journal.

“He’s had experiences that a lot of clients go through, which makes him an exceptional counselor,” Thompson Coburn Chairman Tom Minogue told The American Lawyer. “We think that people who have been tested at difficult times offer real wisdom and perspective to people faced with similar circumstances and trying to avoid those circumstances.”

Rich turned his experiences into a popular management presentation about how business executives make decisions under the pressures of expansion and sudden, extreme contraction. As a speaker at national conventions, the Young Presidents’ Organization, and Vistage International, he has given this colorful, real-life case study to companies and corporate executives across the U.S., Canada, and Australia.

Rich earned his law degree from the University of Southern California (where he wrote for the law review and served as chairman of the school's moot court competition), and his bachelor’s from Princeton University, where he was a starting tackle on Princeton’s last undefeated team and selected as first-team All-Ivy League.