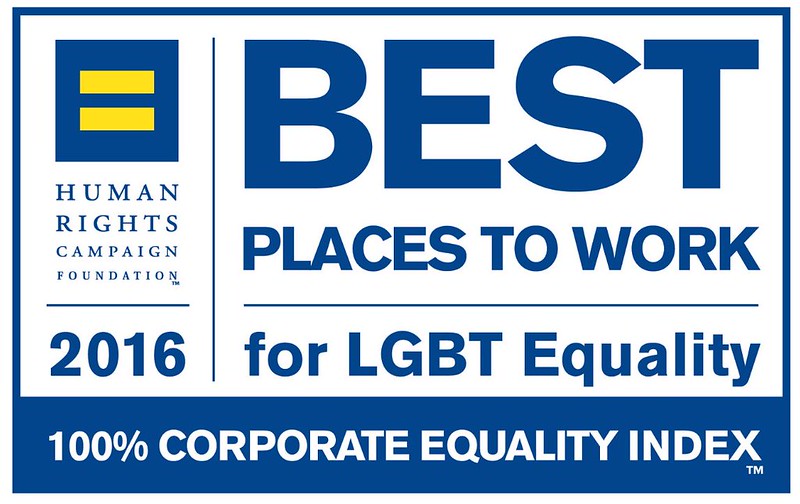 For the eighth consecutive year, Thompson Coburn has earned a perfect score of 100 points in the Human Rights Campaign’s Corporate Equality Index (CEI) and Best Places to Work Survey. The survey is conducted by the Human Rights Campaign Foundation, which this year evaluated 1,027 businesses across the country on their treatment of lesbian, gay, bisexual and transgender employees, clients, and investors.

In 2014, Thompson Coburn was the first law firm in Missouri to actively support a proposed state law to extend basic workplace protections to members of the lesbian, gay, bisexual and transgender community.

“In this 2016 Corporate Equality Index, hundreds of major businesses responded to our new standards for workplace equality with exceptional leadership. Thompson Coburn not only meets these standards, it goes above and beyond the call of duty, making commitment to equality a fundamental aspect of its corporate values."

The Best Places to Work Survey rates organizations on a 1-100 scale and examines the degree to which companies protect employees from employment discrimination based on sexual orientation and gender identity. It also evaluates how well they implement effective policies on diversity and inclusion, training, health care and domestic partnership benefits.

For more information on the 2016 Corporate Equality Index, or to download a free copy of the report, visit www.hrc.org/cei.