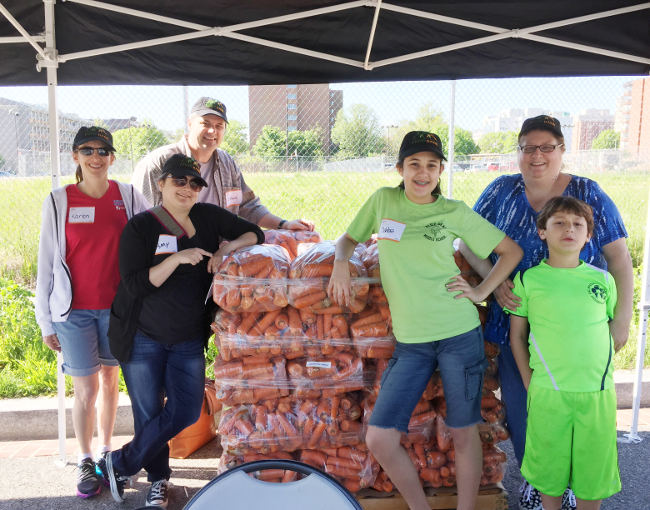 Closing the food gap in D.C. and L.A.

Hunger is a huge economic issue, even in large cities like Washington, D.C., and Los Angeles. The spring and summer months are most difficult for families with children because they lose access to federally-funded school breakfast and lunch programs and turn to food banks and community partners for summertime meals.

The attorneys and staff in our D.C. and L.A. offices participate each May in local Food From the Bar (FFTB) campaigns to help their cities close the hunger gap. Law firms, law schools, and legal associations join in this friendly, month-long competition to raise money, donate non-perishable food, and volunteer at their respective area food banks.

In 2016, the D.C. office raised nearly $13,500 for the Capital Area Food Bank (CAFB). Overall, 45 firms, schools, and allied organizations participated and raised $273,368 in just one month, which equates to more than 683,000 meals. Since 2008, the Washington legal community has supported two million meals for area residents. Our L.A. office also competed this year and donated 134 pounds of food to the Los Angeles Regional Food Bank, which collected 5,000 pounds of food and $432,600 during its 2016 campaign.

The CAFB provides meals to 12 percent of the population — approximately 540,000 people — in the D.C. region. With a network of 444 food assistance partners throughout the area, CAFB distributes 45 million pounds of food annually, one-third of which is fruits and vegetables. They also provide nutrition education and healthy recipes. In 2015, the Los Angeles Regional Food Bank distributed 52 million meals through its network of 600 partner agencies.