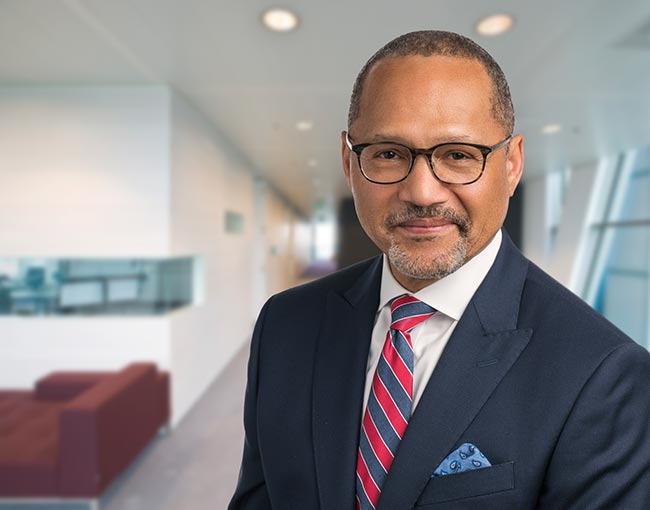 The stakes were enormous: $1.5 billion. But as the jury adjourned to decide whether Philip Morris deceived some 400,000 Missouri smokers about the safety of Marlboro Light (Lights) cigarettes, Thompson Coburn partner Booker Shaw was optimistic.

“There is no ‘safe cigarette,’ but Lights actually contain less tar and nicotine.  In addition, plaintiffs’ damage model was flawed, so we did not think they could prove any damages,” Judge Shaw said. “I believe that was the lynchpin.”

Shaw and his co-counsel didn’t have to wait long for the decision. After just 30 minutes of deliberation, a trial that lasted 39 days ended with a total defense verdict.

The verdict is one of the largest defense wins in the recent history of Missouri civil trials, according to Missouri Lawyers Weekly’s verdict database.

The case had begun 16 years ago. In 2000, Plaintiff Deborah Larsen filed a class-action suit claiming Philip Morris didn’t deliver on a promise that Lights and cigarettes with low tar labels would reduce nicotine and tar in part because smokers might compensate for the lower nicotine by inhaling longer and more deeply, the plaintiffs’ attorneys claimed.

A first trial in 2011 before Circuit Judge Michael David ended without jurors reaching a decision. The second trial resulted in a mistrial.

For the third trial before Circuit Judge Steven Ohmer, Philip Morris was represented by Judge Shaw, along with Beth Wilkinson of Wilkinson, Walsh and Eskovitz, and George Lombardi of Winston & Strawn.

Judge Shaw assisted with the opening statement and closing argument, and conducted some of the cross-examination and direct examination of witnesses.

Many of the cross examinations proved fruitful, with plaintiffs’ witnesses backtracking on their testimony or admitting key points for the defense.

For Judge Shaw, who oversaw more than 500 trials when he was a judge with the 22nd Judicial Circuit, the verdict was satisfying but not completely unexpected.

“The evidence seemed to be going our way from the beginning,” he said.