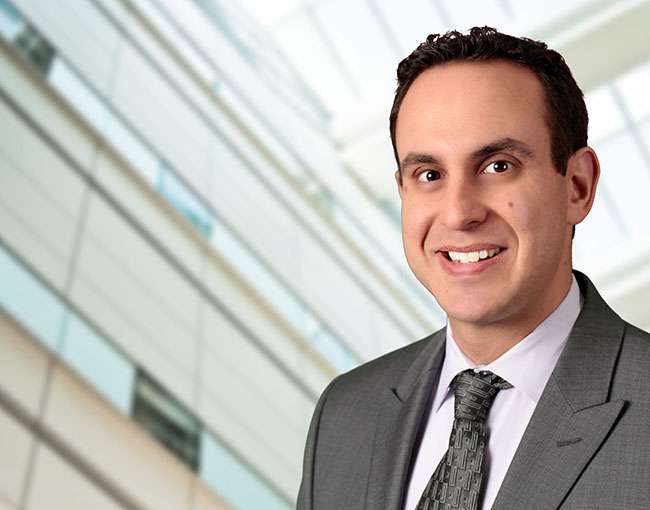 The Law Bulletin Publishing Co. has named Chicago real estate partner Justin Newman to its prestigious “40 Under 40” list for 2016. The annual list recognizes up-and-coming legal talent across Illinois who demonstrate “intelligence, passion, success in the office, a desire to help the community, and most importantly, a willingness to work hard at one of the country’s most important professions.”

The Law Bulletin reported that competition was tougher than ever this year: It received more than 1,300 attorney nominations. As part of the recognition, Justin was profiled in a special magazine supplement, which was distributed with the Chicago Daily Law Bulletin and Chicago Lawyer magazine.

In Justin’s profile, clients praised his exceptional lawyering skills, including Robert J. Buford, chief executive officer of Chicago’s Planned Realty Group. Recently, Justin represented the company in its acquisition of several multimillion-dollar apartment complexes, including one acquisition for more than $100 million, in addition to several refinances totaling more than $300 million.

In his nomination letter, Mr. Buford said that Justin’s exceptional lawyering abilities were evident early on and noted his keen attention to details and ability to spot potential issues that can derail a transaction.

“He is a superb advocate, and devotes the time to get the job done,” Mr. Buford said. “He is very customer-oriented, and puts himself into your problem. When I work with Justin, I am the center of his attention and focus.”

Attorney and nominator Kimberly Scafuri works on opposite sides of transactions with Justin. She said one of Justin’s greatest assets is his ability to close a transaction efficiently and that it “usually feels as if we are both on the same side trying to work out the best resolution.”

“It is always a plus when you see that Justin will be representing the lender,” Mr. Scafuri said. “Justin has a great ability to advocate for his client but also guide a transaction through to closing without unnecessary complications.”