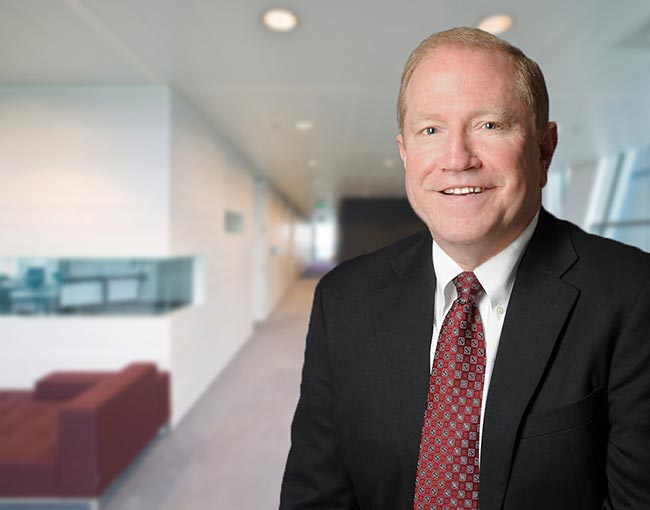 On May 5, 2017, Thompson Coburn partner Bill Bay will receive the Distinguished Lawyer Award at The Bar Association of Metropolitan St. Louis’s (BAMSL) Annual Law Day Celebration. The Law Day Celebration will feature a keynote address by Justice Clarence Thomas of the Supreme Court of the United States.

The Distinguished Lawyer Award is the highest honor given by BAMSL. It is given annually to a lawyer who has “made a great and lasting contribution to the St. Louis region in the area of law and community service, has motivated other lawyers to work in the public interest, and who exemplifies lawyers as good citizens contributing significantly to the community,” according to BAMSL.

Bill has represented major corporations in high-stakes litigation for more than 30 years. He is a past president of BAMSL (2001-2002) and has long history of service to the association. Bay has been recognized by The Best Lawyers in America (2012-2020, by BL Rankings), is the former Chair of the 60,000-member American Bar Association (ABA) Section of Litigation, and is a current member of the ABA Board of Governors. Bay was appointed by the Supreme Court of Missouri to serve as a Co-Chair of the Commission on Racial and Ethnic Fairness and served as a Co-Chair of the Joint Task Force on the Future of the Profession. Bay is also a member of the American Law Institute.

Law Day is an annual commemoration first held in 1957 when American Bar Association President Charles Rhynes envisioned a special national day to mark our nation’s commitment to the rule of law. The following year, President Dwight D. Eisenhower issued the first Law Day Proclamation. Law Day was made official in 1961 when Congress issued a joint resolution designating May 1 as the official date for celebrating Law Day. BAMSL celebrates Law Day annually during the first week of May.