Home > News & Events > Stitching together opportunities for refugees in the U.S. 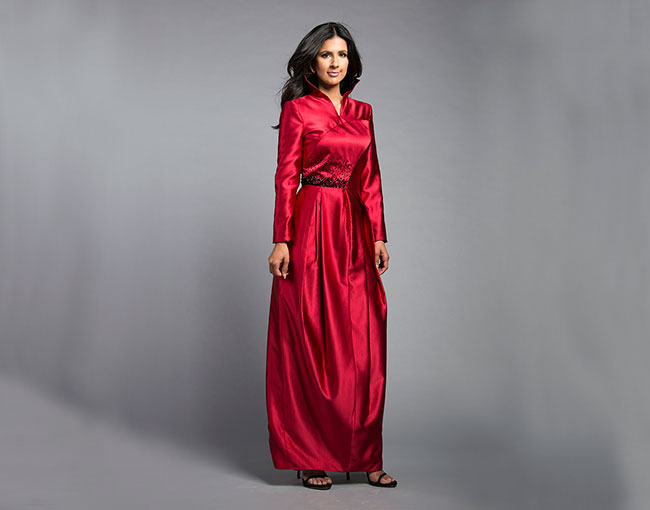 Stitching together opportunities for refugees in the U.S.

Nearly 100 Chicago women in business attended Thompson Coburn’s event with Blue Meets Blue, a humanitarian luxury fashion label whose designs are handcrafted by refugee artisans. Attendees at the mixer, which over the last 10 years has become a marquee event in the Chicago legal community, included women leaders and entrepreneurs in real estate, banking, insurance, retail and manufacturing.

Qualified refugee artisans gather to create the modest couture-level gowns, trousers and tunics in a welcoming environment that allows them to “give voice to their difficult experiences and shines a light on their time-honored tradition of design.”

As Alasaly said in a recent Q&A with Allure magazine, the company’s founders have already seen that as the artisans sew the designs, they’re having conversations about the difficult experiences they had endured. “It helps to reduce a lot of their anxieties and depression, and they express themselves through the intricate work that they do,” she said. “This is their skill set, so they definitely feel empowered while they are doing it.”