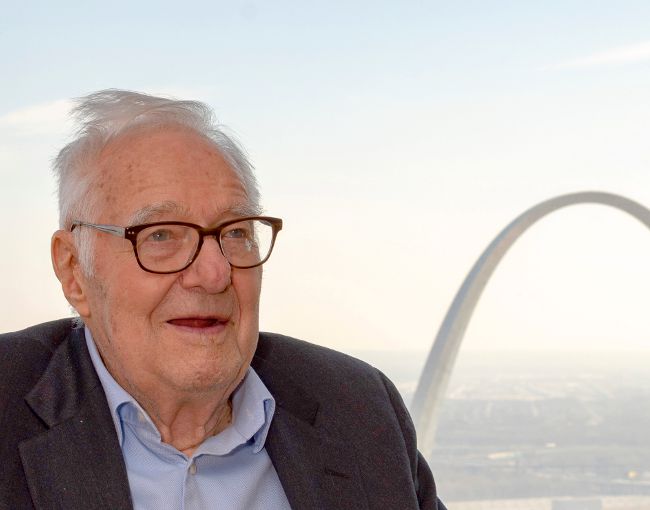 Mr. Logan served as the head of Thompson Coburn’s private client group for many years before his retirement at age 62. He also participated in firm management and served on the board of the American Civil Liberties Union.

As a decorated World War II veteran, Mr. Logan saw combat in both the European and Pacific theaters, supported the allied landings at Normandy on D-Day and earned a Bronze Star for his actions during the battle of Okinawa. He was present in Tokyo Bay for the Japanese surrender.

Never one to evade a challenge, Mr. Logan also climbed Mont Blanc in the French Alps and Mount Kilimanjaro. He trained for another climb by daily scaling 34 flights of stairs in the U.S. Bank building on his way to his office.

“When many of us started at the firm, the first person we worked for was Mr. Logan,” said Chairman Tom Minogue during remarks at the attorney lunch. “He taught us our craft and how to be the very best kind of lawyers. His life has been an unbelievable adventure.”

Retired Rear Admiral Lee Metcalf attended the lunch on behalf of the St. Louis Navy League and presented Mr. Logan with a coin given to top Navy commanders.

“Those who have served realize that those who have come before us have paved the way,” Mr. Metcalf said. “Joe’s whole life has been about showing others how to do things well and make a difference.”