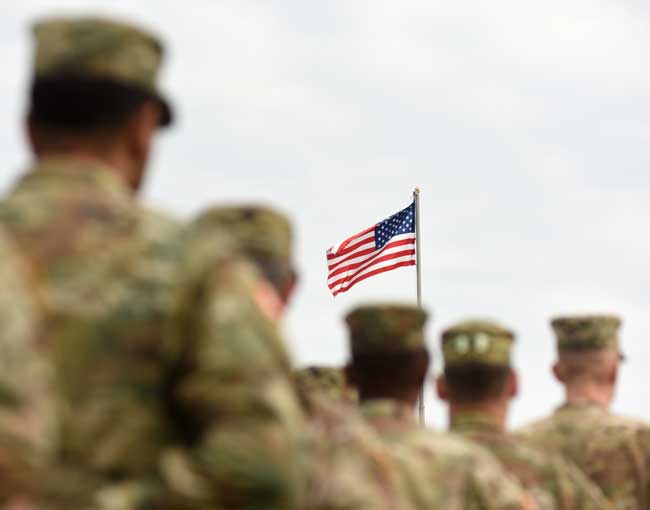 Tens of thousands of veterans will have greater access to quality jobs and job training now that national nonprofit Corporate American Supports You (www.casy.us) has acquired VetJobs.com.

Thompson Coburn provided pro bono representation to CASY in the transaction, which closed in early January. As part of the deal, CASY will take over the highly valuable VetJobs.com domain and acquire the website’s 100,000 active resumes of service members looking for the next step in their civilian careers. CASY plans to relaunch VetJobs.com later this year and use the site to register military jobseekers in its comprehensive jobs program, which provides veterans with a host of personalized employment services.

“Every year a minimum of 200,000 veterans leave military service, whether through retirement or the end of their enlistment,” said CASY founder and CEO Dan Kloeppel, a retired Rear Admiral in the U.S. Navy. “By acquiring VetJobs.com, we are able to strengthen our mission of connecting thousands of veterans with high-quality jobs. It takes resources and time to get veterans back into the civilian world, but that’s what they deserve. They’ve earned it.”

“It’s an honor to represent an outstanding organization like CASY in a deal that will expand its remarkable range of career services for the women and men of our military — and their spouses,” said Tom, whose father served in the U.S. Navy and was permanently disabled from combat injuries during World War II. “Veterans have so much to offer private employers: dedication, integrity, adaptability. The very least we can do is honor their service by giving them every opportunity to find a meaningful, fulfilling career that allows them to support themselves and their families.”

The purchase of VetJobs.com was made possible by a donation from Swift Transportation, the largest full truckload carrier in North America. Swift is a major employer of veterans, and annually hires an average of over 3,000 veterans among its fleets of drivers.

“There’s no way I could have done this without Thompson Coburn, especially in the time frame we were trying to do it,” said Dan Kloeppel. “Their skills and experience were second to none. Sarah Larson went above and beyond to make this a successful purchase. She was not only timely and knew all the right things to do, but when something out of the ordinary came up, she always had the answer. And she got married in the middle of the transaction! I don’t know how she did it.”

"When you’re doing a worthwhile mission, it’s not surprising when good people – and extremely talented professionals – want to help you do it,” he said.

Since its founding in 2010, CASY – along with its sister organization, the Military Spouse Corporate Career Network (MSCCN) – has placed more than 48,000 veterans and spouses in civilian jobs, a record that’s unmatched among other veteran hiring efforts. The nonprofit is completely independent and funded by corporate giving from companies like Boeing donations from large foundations like The Call of Duty Endowment (CODE) and the Schultz Family Foundation. It accepts no funds from the government or the military.

Here’s how it works. After a veteran registers with CASY, they receive a call within 48 hours by a dedicated recruiter, who interviews the applicant and finds out their goals, whether it’s their first civilian job, further education or job training, a certification, or a possible career change or promotion. The recruiter will then work personally with the veteran and their family to place them in the best possible job ($70,000 is the average starting salary of CASY job seekers). CASY uses advanced IBM-donated HR software used by global companies to track the progress of every registered member – and the record of hiring companies.

“If you’re a company and you’ve got the best deal for a veteran, veterans will come to you,” said Dan Kloeppel of CASY. “If you’re not, they’ll go somewhere else and we’ll help them get there.”

CASY’s dedication to veterans has been recognized nationally. Activision Blizzard, the entertainment company that created the hugely popular video game Call of Duty, selected CASY as one of the grant recipients of its Call of Duty Endowment. As part of the endowment’s regular audits of nonprofits, Deloitte Consultants determined that CASY spends 96 cents of every dollar on its mission – only 4% of funding is spent on administrative costs. In 2013, the endowment awarded CASY the Call of Duty Seal of Distinction. Since then they have become the most effective and efficient nonprofit organization supported by CODE.