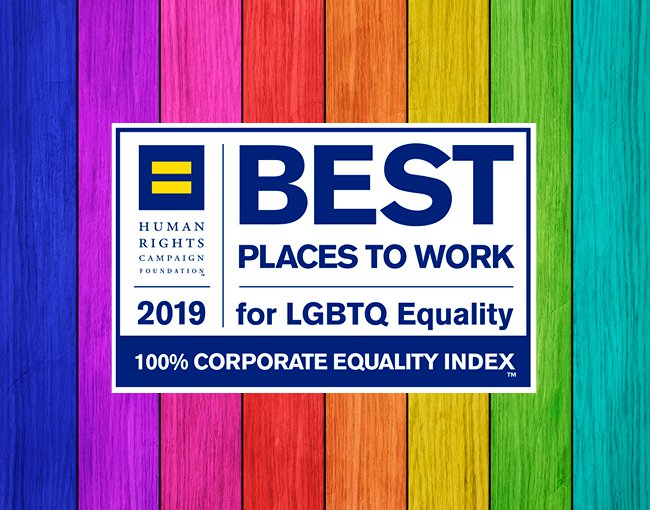 For the 11th consecutive year, Thompson Coburn has earned a perfect score of 100 points in the Human Rights Campaign’s Corporate Equality Index (CEI) and Best Places to Work Survey. The survey, conducted by the Human Rights Campaign Foundation, this year evaluated 1,028 businesses across the country on their treatment of lesbian, gay, bisexual and transgender employees, clients, and investors.

This year, additional criteria were added for businesses to earn a perfect score. Honorees must offer parity for different- and same-sex spouses, include coverage for domestic partners of enrollees, remove transgender exclusions from all benefit plans, and incorporate LGBTQ suppliers as part of their supplier diversity programs.

“The top-scoring companies on this year’s CEI are not only establishing policies that affirm and include employees here in the United States, they are applying these policies to their global operations and impacting millions of people beyond our shores,” said HRC President Chad Griffin. “Many of these companies have also become vocal advocates for equality in the public square, including the dozens that have signed on to amicus briefs in vital Supreme Court cases and the more than 170 that have joined HRC’s Business Coalition for the Equality Act. Time and again, leading American businesses have shown that protecting their employees and customers from discrimination isn’t just the right thing to do -- it’s also good for business.”

In 2014, Thompson Coburn was the first law firm in Missouri to actively support a proposed state law to extend basic workplace protections to members of the lesbian, gay, bisexual and transgender community.

The 2019 CEI evaluates LGBTQ-related policies and practices, including non-discrimination workplace protections, domestic partner benefits, transgender-inclusive health care benefits, competency programs, and public engagement with the LGBTQ community. Thompson Coburn’s efforts in satisfying all of the CEI’s criteria results in a 100 percent ranking and the designation as a Best Place to Work for LGBTQ Equality.

For more information on the 2019 Corporate Equality Index, or to download a free copy of the report, visit www.hrc.org/cei.