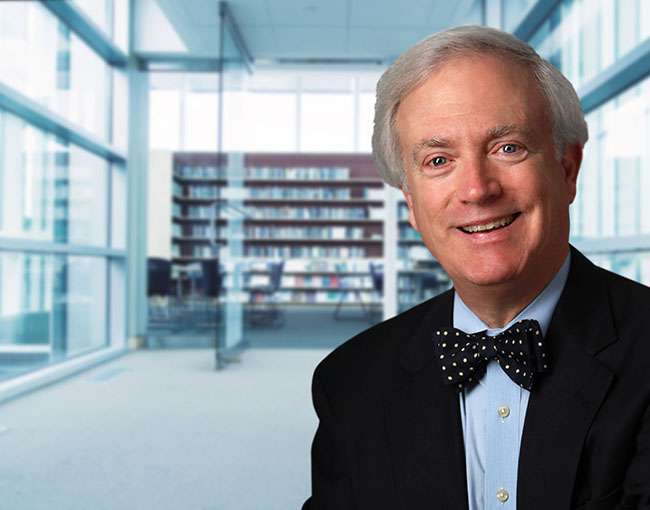 He got the Cup: Tom Schlafly reflects on St. Louis Blues’ historic victory 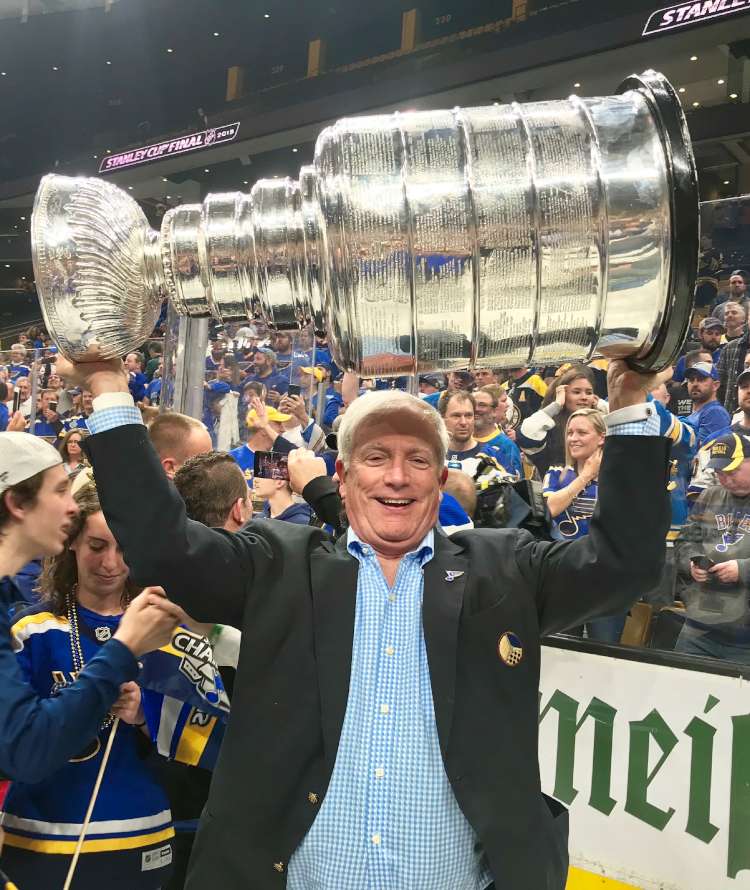 Tom Schlafly and the Stanley Cup on the ice at Boston's TD Garden moments after the St. Louis Blues' Game 7 victory.

When he’s not in the office or at the beloved local brewery bearing his name, Thompson Coburn Senior Counsel Tom Schlafly is involved in several other local endeavors, including a minority ownership in an NHL team you might have heard something about this year: the St. Louis Blues. Tom is a member of SLB Acquisition, the organization that purchased the team in 2012. Tom was in Boston for Game 7, when the Blues made history and earned their very first Stanley Cup. The day after that amazing night, we spoke with Tom and got a chance to get a behind the scenes perspective on one of the greatest sports victories in St. Louis history.

How are you feeling right now?

“I really haven’t slept much in the past day. 24 hours ago I was in the air between St. Louis and Boston. I think even then there were still some lingering hesitation about whether or not we would actually win the cup. But this series has been so fulfilling. It’s still all sinking in.”

What was the atmosphere at Game 7 in the TD Garden?

“There’s nothing like a quiet arena while you’re on the road, especially in a finals game. But the Boston fans were great. Many of them came up to me and some of the other owners to congratulate us and compliment the team. Plus the amount of stories that come out of a series like this is incredible. I was sitting right behind Laila Anderson and her mom during the game. Stories like hers really mean so much to us and the team.”

How are the other owners feeling?

“Obviously we’re ecstatic. It’s been great working with the group, they all want nothing but the best for the team. When Tom [Stillman] approached me in 2012, that was right around when I was selling part of the Brewery, so you can imagine how much was up in the air. But he’s been nothing but the best for us. All the owners have such a strong desire to see the team succeed, not just for the organization but for the city, too. We all have strong connections to St. Louis, whether we grew up here or have spent decades in business here.”

Do you see this as an example of St. Louis’ revival?

“Oh absolutely. You know, I grew up in the Central West End in the 50s and 60s. Back then, the main story was everyone leaving, all the businesses leaving. St. Louis was practically gutted after the 50s. The turn-around in the past few years has been incredible.”

We’re all wondering: How heavy is the cup?

“Exactly 34.5 pounds, but it sure looks heavier! I went down to pick it up and it didn’t occur to me that all the players are a lot younger and stronger than I am and used to standing on ice. But once you pick it up, it’s not bad!”