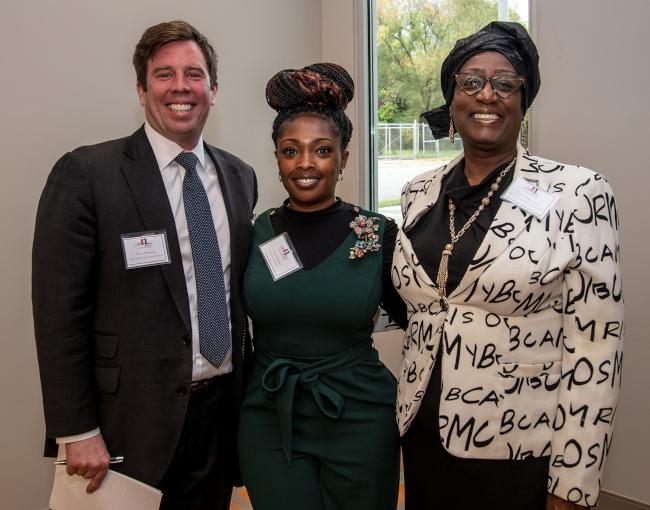 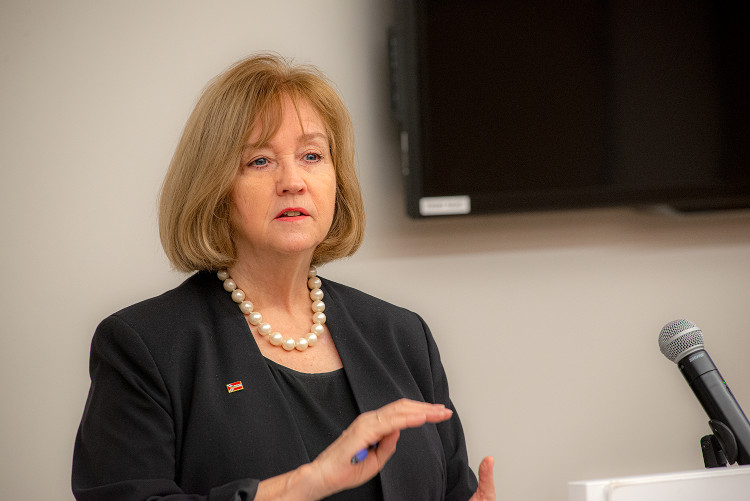 Photo above: From left: Peter Hoffman, Director of LSEM’s Neighborhood Vacancy Initiative, with Tenesia Looney and Fatimah Muhammad, board members of two of the city neighborhood organizations that are participating in LSEM’s Adopt-A-Neighborhood Program.

On October 21, Thompson Coburn partners Mark Kaltenrieder, Chair of the Firm’s Pro Bono Committee, represented the Firm at a press conference where Legal Services of Eastern Missouri (LSEM) announced that Thompson Coburn and three other St. Louis law firms – Bryan Cave, Husch Blackwell and Stinson – have agreed to participate in a new program to provide pro bono legal representation to neighborhood organizations in underserved parts of the City of St. Louis.

Each of the four firms has made a two-year commitment to provide pro bono legal services to a neighborhood organization on issues relating to vacant and nuisance property and economic redevelopment. Thompson Coburn has “adopted” the Old North St. Louis Neighborhood, located just north of downtown (and home to the St. Louis landmark Crown Candy Kitchen).

The Adopt-A-Neighborhood Program has received a great response from Thompson Coburn lawyers, with twenty-two attorneys already signed up for the program.

The program is a project of LSEM’s Neighborhood Vacancy Initiative, which launched last year as an outgrowth of the Lawyers for City Neighborhoods Committee of the Bar Association of Metropolitan St. Louis (BAMSL). Lawyers for City Neighborhoods trained lawyers to represent city neighborhood organizations on vacant and nuisance property issues and drafted and lobbied for passage of legislation in the Missouri General Assembly in 2013 and 2019 to create and improve legal tools for neighborhood organizations to use in battling vacant and nuisance properties that blight many areas of St. Louis.

A little more than two years ago, Lawyers for City Neighborhoods began working with the St. Louis Vacancy Collaborative to develop an institutional platform to support pro bono lawyers in representing city neighborhood organizations on vacant and nuisance properties issues. With grant money from BAMSL and LSEM and funding from the St. Louis Economic Development Corporation, LSEM opened its Neighborhood Vacancy Initiative eighteen months ago with one lawyer and one legal assistant. That staff has since grown to three lawyers and two legal assistants.

The number of lawyers who will work on vacancy, nuisance and economic development issues for neighborhood organizations in underserved parts of the City will balloon with the addition of volunteer lawyers through the Adopt-A-Neighborhood Program. The program will grow to include more firms as LSEM develops the capacity to support expanding the project.