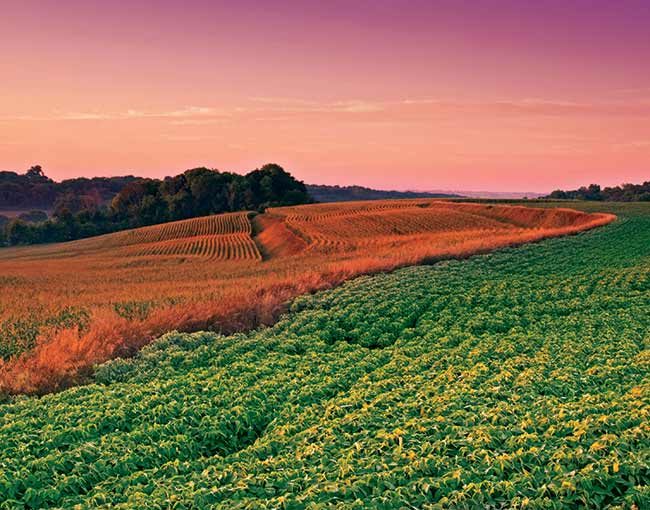 On March 5, the Missouri Soybean Association (MSA) and Missouri Soybean Merchandising Council (MSMC) officially opened the completed Center for Soybean Innovation to the public, a project supported by Thompson Coburn since its conception in 2017.

The Center serves as the new home of Firm clients MSA and MSMC, along with the Biodiesel Coalition of Missouri, the Foundation for Soy Innovation, the Missouri Farmers Care group and the Ag Education on the Move program. The building itself incorporates soy-based products in nearly all of its construction, including insulation, paint, the fuel in its furnace, carpet and countertops. Along with office spaces, the Center includes educational exhibits showcasing soybeans and their use.

Thompson Coburn has represented MSMC in corporate, litigation, and intellectual property matters for more than five years. Beginning in 2015, the Firm helped MSMC patent and market a high-oleic (HO) soybean trait, an even healthier version of what is widely regarded as a food providing high amounts of protein and little saturated fat. HO soybeans are currently in high demand; the food industry wants the healthy, shelf-stable oil properties of HO soybeans. Farmers are also big fans of the strong yield and healthful traits: The first two commercially available conventional HO soybean varieties were released in 2018 in Indiana, Illinois, Kentucky, and Michigan.