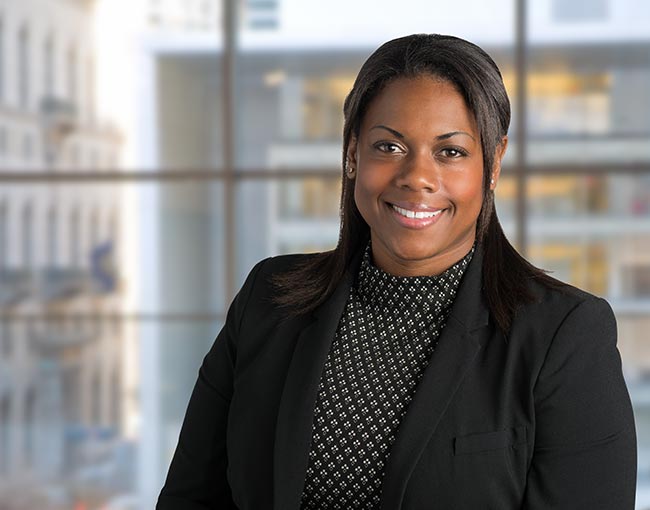 Thompson Coburn partner Sonette Magnus was featured in an article, “St. Louis Character: Meet the lawyer who serves as Canada's 'eyes and ears on the ground' in St. Louis,” which was published by the St. Louis Business Journal on December 29, 2021. Sonette, who joined Thompson Coburn's St. Louis office in October 2021, shared stories about her life being the daughter of Jamaican immigrants to Canada and the work that landed her in St. Louis.

Sonette is a Toronto native who earned a B.A. in Criminology and Political Science from the University of Toronto and a J.D. from Emory University School of Law. Sonette moved to St. Louis in 2009 and began her legal career by serving as the law clerk to the Chief Judge of the U.S. Bankruptcy Court for the Eastern District of Missouri. She spent five years at Lewis Rice before joining Thompson Coburn where she now practices business litigation, financial restructuring and bankruptcy.

In addition, Sonette serves as Canada's honorary consul for the St. Louis area, working with businesses, economic development groups and government officials to identify opportunities for collaboration and trade between Canada and Missouri.

Currently, many Canadian companies are expanding into the Midwest. Sonette's position includes representing companies equally that are seeking to expand into Canada or an American citizen that is having difficulty navigating something concerning Canada. She says, "My position is bipartisan and it's also to promote trade, not just Canada...I work equally for the State Department as I do for the Canadian equivalent."

The St. Louis Business Journal article also highlights Sonette's dedication to being a global citizen and her duty to contribute her best to society. When asked about what she likes about her role, Sonette responded, "What I like is that this is the highest and best opportunity for me to use a skillset and my God-given talent and apply it in a way that mutually influences and benefits both countries to which I owe a debt of gratitude.”