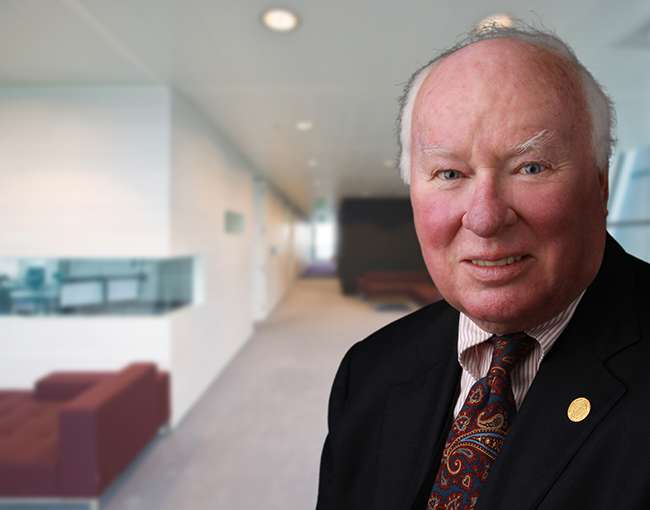 Michael has lectured extensively throughout the country on discovery and trial tactics. He has been selected for inclusion in The Best Lawyers in America® (by BL Rankings) from 1993 to 2021. He was named the Best Lawyers® 2012 St. Louis Admiralty & Maritime Law Lawyer of the Year (by BL Rankings).

Michael has been selected by the U.S. District Judges of the Eastern District of Missouri as Chairperson for two selection panels for United States Magistrate Judges. He was also selected by the Circuit Judges of the City of St. Louis to represent them in acquiring the then-current federal courthouse from the U.S. Government when the Thomas F. Eagleton Federal Courthouse was completed in 2000.

Michael O’Keefe to be inducted into Saint Louis University’s Order of the Fleur de Lis August 13, 2015