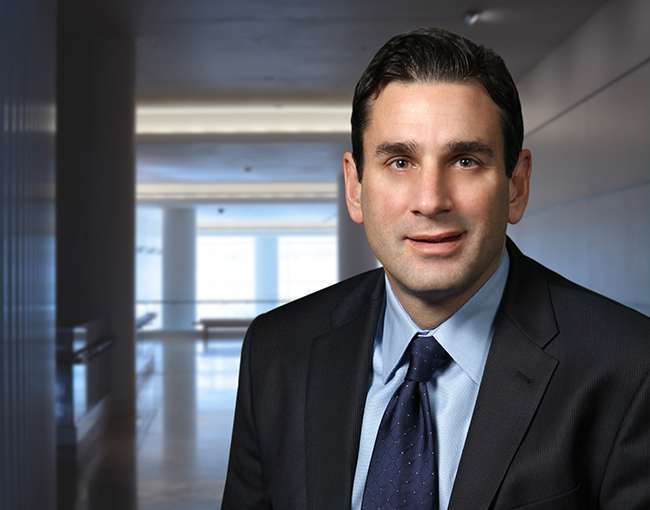 Litigation can be a chess match or a street fight: Rob has the skills and experience needed to navigate either approach.

Rob is a commercial litigator who focuses on preventing and resolving "business divorces" and representing clients in complex contract disputes across various industries, including real estate disputes and non-compete cases.

For two decades, Rob has represented parties embroiled in a "business divorce," a term that encompasses any dispute where business owners can't get along. These serious disputes can affect everyone from individuals to multi-billion dollar companies and frequently crop up when, during the formation of a new business, the owners do not pay close enough attention to their operating agreements or shareholder agreements — or unwisely forgo such agreements altogether. Rob works closely with his clients to prepare a good "prenuptial agreement" for their business that accounts for the various trigger points of conflict that he has seen over the years.

If litigation proves necessary, Rob is highly experienced in the complex intersection of litigation, corporate, employment, trusts and estates, and other areas of the law that frequently accompanies these types of disputes. Because estate planning is often intertwined with changes in a business' structure and governance, Rob draws on his significant experience in trust and estate litigation to represent executors, trustees and beneficiaries in all kinds of legal actions related to estates and trusts.

Rob deeply values service to the community and is currently a board and executive committee member of the Ronald McDonald House Charities chapter for Chicagoland and Northwest Indiana. Rob was also privileged to be honored as the "Hero of the Year" in 2011 for his pro bono work on behalf of Marklund, which provides care for people with severe developmental disabilities in suburban Chicago. Rob is a founding director of Fight for Chicago, a charity that provides boxing training and mentoring to disadvantaged Chicago youths. Rob also serves on Thompson Coburn's Management Committee.

Rob has represented minority owners, majority owners, management and the company in disputes related to governance, valuation, fiduciary and other issues. His successful results for his clients have been reported in the Chicago Sun-Times, the Chicago Tribune, Crain's Chicago Business, the Gary Post-Tribune and other media.

Obtained not guilty judgment at trial and prevailed on six-figure counterclaim in commercial lease dispute before the Circuit Court of Cook County's Chancery Division.

Won a dismissal upon summary judgment in federal court for his client in defending a large claim for the client's alleged failure to honor a promise to provide stock options.

Obtained a judgment after a trial for a partner who was a shareholder in an automobile dealership business. Rob's client was awarded money damages as well as attorney's fees as an exception to the "American Rule," which generally does not allow successful plaintiffs to recover attorney's fees.

Obtained a temporary restraining order and then an injunction after a three-week trial on behalf of oppressed doctors whose opponents attempted to lock them out of their membership and management interests in an Indiana physician-owned hospital that they founded.

Obtained a court-ordered receivership of a profitable company in Colorado on behalf of an oppressed minority shareholder, with the court agreeing to strip the majority shareholder of control of the company due to shareholder oppression and lack of transparency in providing corporate records.

Obtained numerous buyouts for clients who were oppressed by those in control of their companies.

Obtained a not guilty judgment at trial for a client accused of misappropriating corporate assets.

Obtaining a not guilty arbitration award for a general partner to a large real estate venture as to a multi-million dollar claim brought by several well-known professional athletes, including several NBA All-Stars such as Michael Jordan.

Obtained not guilty verdicts for a public transportation entity in a series of personal injury lawsuits; in one case, successfully won a counterclaim for the client.

Obtained a dismissal upon summary judgment for a publicly-traded client defending a commercial eviction claim.

Represented technology licensees in license agreement disputes, including those involving alleged royalties due the licensor.

Obtained a favorable settlement for an internationally-known charitable organization where a decedent's heirs challenged his bequest to the charity.

Obtained a settlement for a well-known charity in a large breach of contract case.

Represented a former NFL coach in a business matter.

Obtained summary judgment for commercial tenant in a square footage dispute allowing for his client to recover hundreds of thousands of dollars in rent overpayments and to save over a million dollars in future rent.

The benefits of a business ‘prenup’: A litigator’s perspective July 13, 2018