Home > Insights > Blogs > Food Fight > Not so Wonderful: What the food industry can learn from Pom’s faulty health claims 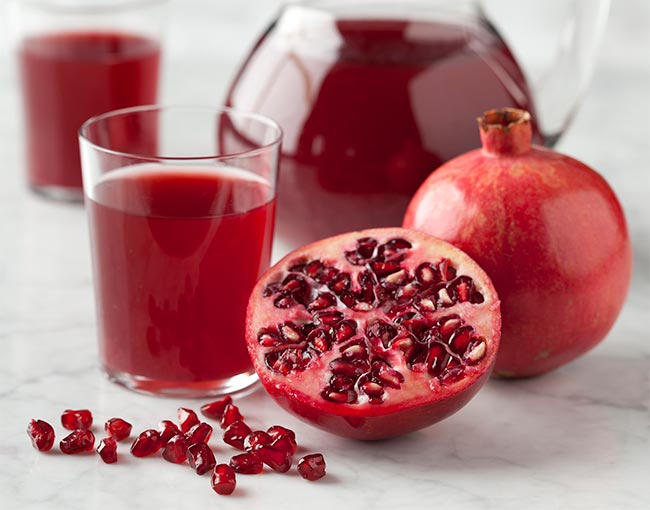 Not so Wonderful: What the food industry can learn from Pom’s faulty health claims

In today’s health-conscious environment, consumers are more attuned to the food, beverages, and dietary supplements they use. A product’s possible health benefits could be the critical factor that makes it jump off the shelf.

But in recent years, federal regulators have been closely monitoring the grocery aisle, ready to pounce on any product advertising unsubstantiated or sketchy health or disease-prevention benefits. No example of that increased policing is more instructive than the five-year regulatory and legal battle endured by POM Wonderful LLC (“POM”) over its line of pomegranate juices and supplements.

The latest development in the case was in May 2016, when the U.S. Supreme Court declined certiorari of a federal administrative complaint ruling out of D.C., prompting the Federal Trade Commission to declare victory, saying in a press release that the action was “part of its ongoing efforts to uncover over-hyped health claims in food advertising.”

This landmark case — and the FTC’s legal posture — provide a very helpful road map to food, beverage, and dietary supplement makers and marketers. The lesson is clear: If you want to tout the health benefits of your product, there are some clear Dos and Don’ts, which we’ll discuss in depth below.

A brief history of the dispute

In May 2012, following an administrative trial, the FTC’s chief administrative law judge found the following: (1) 19 of POM’s advertisements “contained implied claims that POM products treat, prevent, or reduce the risk of heart disease, prostate cancer, or erectile dysfunction,” (2) POM lacked sufficient evidence to substantiate these claims, and (3) these claims were material to consumers. The ALJ enjoined POM from making any further health benefit claims unless they are non-misleading and supported by competent and reliable scientific evidence.

Both parties appealed to the full Commission. Four commissioners found that not just 19, but 36 of POM’s ads were false or misleading. The full Commission upheld and also broadened the injunction. The Commission’s Opinion and Final Order became effective March 25, 2013 and was divided into three parts.

The evidence required to satisfy Part I of the Order (for disease-related claims), according to the FTC, was: at least two “randomized and controlled human clinical trial (RCT) of the Covered Product that is randomized, well controlled, based on valid end points, and conducted by persons qualified by training and experience to conduct such studies. Such studies shall also yield statistically significant results, and shall be double-blinded unless Respondents can demonstrate that blinding cannot be effectively implemented given the nature of the intervention.”

POM appealed to the U.S. Court of Appeals for the District of Columbia, which affirmed the Commission’s Final Order, but slightly modified it to only require that POM have at least one RCT of a Covered Product before “claiming a causal relationship between consumption of POM products and the treatment or prevention of any disease.” POM Wonderful, LLC v. F.T.C., 777 F.3d 478, 484 (2015). This modification was based on First Amendment implications of regulating advertisements by the least restrictive means. Part III does not expressly require RCTs for making general health-related claims.

In May 2016, the U.S. Supreme Court denied POM’s petition for certiorari, thus ending the legal battle.

What legal standards apply to health- or disease-related claims in advertisements?

Section 5 of the Federal Trade Commission Act (FTC Act) (15 USC 45) prohibits ‘‘unfair or deceptive acts or practices in or affecting commerce.” The prohibition applies to all persons engaged in commerce, including food manufacturers.

In identifying the claim, the FTC considers whether the claim is an “efficacy claim” or an “establishment claim.” Id. This inquiry becomes relevant when analyzing the second prong: substantiation.

Whether a claim is an efficacy claim or an establishment claim affects the Commission’s analysis under the second prong: whether the claim is false, misleading, or unsubstantiated.

What was wrong with POM’s advertisements?

The Commission found that 36 of POM’s advertisements conveyed efficacy claims related to heart disease, prostate cancer, and erectile dysfunction. The Commission also concluded that 34 of those advertisements “also conveyed establishment claims representing that clinical studies substantiate the efficacy of POM products in treating, preventing, or reducing the risk of the same ailments.” Id. at 491. These advertisements repeatedly claimed that POM’s products benefited test subjects in these three specific areas.

Undeterred by the latter two studies, POM continued to distribute advertisements touting the cardiovascular benefits of pomegranate juice. In one brochure, POM noted that “POM Wonderful Pomegranate Juice has been proven to promote cardiovascular health.” Id. at 486. In addition, relying on its first study, POM advertised that its products reduced arterial plaque buildup by 30 percent. POM did not advertise the studies finding no benefit. Nor did POM display a disclaimer about its studies, or otherwise explain their limitations. Consumers, therefore, had no idea that POM’s only support for this statement was a single trial that had a total of 19 participants — and which POM’s later research discredited.

POM also touted results of a three-month blood flow study that found a benefit to patients in blood flow to the heart from drinking pomegranate juice, but which also found “no statistically significant difference between the treatment and control groups on two [other] measures of blood flow” and no statistically significant benefit to blood pressure, cholesterol, or triglycerides. Id. at 486. POM selectively reported the benefits of this study, advertising that it showed a 17 percent improvement in blood flow to the heart, but omitting the fact that two out of three blood flow tests showed no difference.

POM’s cancer and erectile dysfunction studies were similarly deficient and misleadingly advertised. In one study, POM followed cancer patients that had already received prostate cancer treatment and, as such, were already likely to show a decrease in prostate tumor growth. Nonetheless, POM touted that drinking pomegranate juice resulted in a “significantly slower” cancer cell growth rate, but did not report that the patients had already received traditional forms of treatment. Further, POM did not have a control group for this study. POM did not advertise the study’s significant limitations. And the alleged benefits found by POM’s erectile dysfunction study were not statistically significant. Id. at 487-88.

POM claimed that the Commission’s interpretation of what constitutes efficacy and establishment claims was overbroad because it essentially adopted a rule that every time a “advertiser correctly references research connecting a food product to possible health benefits, it necessarily implies the vastly broader claim that there is ‘clinical proof’ that the product treats, cures, or prevents a disease.” Id. at 491-92. The Court rejected this argument, as POM’s advertisements went beyond merely describing its research. Rather, the studies were referenced in such a way “that suggests they are convincing evidence of efficacy.” Id. at 492. The ads, in fact, did much more, including:

In other words, the studies were referenced in such as way “that suggests they are convincing evidence of efficacy.” Id. at 492. Note that the Commission did state it might reach a different result if the advertisement included a sufficient disclaimer, similar to a statement that “evidence in support of this claim is inconclusive.” Id. at 493. POM’s ads contained no such qualifier and, thus, the Commission applied the general substantiation standard for non-specific establishment claims.

In analyzing the second prong, the Commission determined that a disease-related claim required one or more RCTs to “establish a causal relationship between a food and the treatment, prevention, or reduction of risk” of disease. Id. at 493-94. POM did not meet this standard. The Commission did not address the level of support needed for a general health claim.

Note that the Commission did state that lesser substantiation might be OK for claims that do not claim a causal relationship. Id. at 494. POM’s claims were deceptive because they (1) lacked substantiation, (2) selectively touted ostensibly favorable studies, (3) failed to disclose later unfavorable studies, and (4) did not disclose material facts that would allow for consumer verification of claims. Id. at 494-95.

It is clear from recent agency action that the Commission will continue to crack down on what it perceives as misleading and false unsubstantiated health claims in food and drug advertisements. Food and dietary manufacturers should carefully review their advertisements in light of the Commission’s Final Order and D.C. Circuit opinion.

Kim Bousquet is a partner in Thompson Coburn’s Business Litigation group. She can be reached at (314) 552-6099 or kbousquet@thompsoncoburn.com.