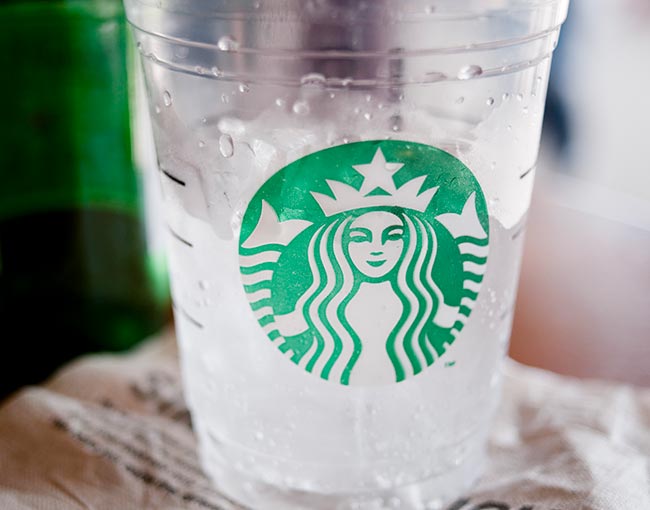 Another judge rules Starbucks doesn't deceive with its ice

In a recent post about the rise in so-called “slack-fill” litigation, we discussed a California district court’s dismissal of a highly publicized lawsuit in which the plaintiff claimed that Starbucks’ iced beverages contained too much ice and not enough coffee. The court dismissed the case after finding that consumers could not have been deceived since, as the court reasoned, even a child would know that including ice in a serving cup decreases the amount of beverage included in the cup. The case was Forouzesh v. Starbucks Corp., No. CV 16-3830 (Aug. 19, 2016).

Following up on that decision, in a related order last week, Judge Thomas Durkin of the Northern District of Illinois issued a similar decision, again dismissing an almost identical putative class action lawsuit (Galanis v. Starbucks Corp., No. 16 C 4705, Oct. 14, 2016) alleging that Starbucks misrepresented the amount of coffee or tea contained in its iced beverages. Judge Durkin’s decision was based on essentially the same ground as the prior decision from California — specifically, that consumers could not have been misled by how Starbucks marketed and served its iced beverages.

Although not an actual slack-fill case (the allegation was not that there was too much empty space, but instead that there was too much ice), Judge Durkin’s decision still provides some important lessons for companies seeking to manage the risks posed by such litigation. First, because Judge Durkin relied in part on the fact that Starbucks serves its iced beverages in clear cups, his decision illustrates how transparent packaging can reduce the chance of consumer confusion regarding the use of slack-fill. Second, Judge Durkin’s reliance on Starbucks’ website, which clearly listed ice as an ingredient of its iced beverages, demonstrates the importance of clear and conspicuous disclosures regarding the need for slack-fill.

Finally, Judge Durkin’s references to consumers’ knowledge of products similar to Starbucks’ iced beverages — such as soft drinks served at theaters or sporting events — show that companies must evaluate consumer expectations in the particular sector in which they do business. While companies should be cautious about assuming that consumers are aware of the need for slack-fill in particular types of packaging, the common use of slack-fill in certain areas might nonetheless reduce the likelihood of consumer confusion.