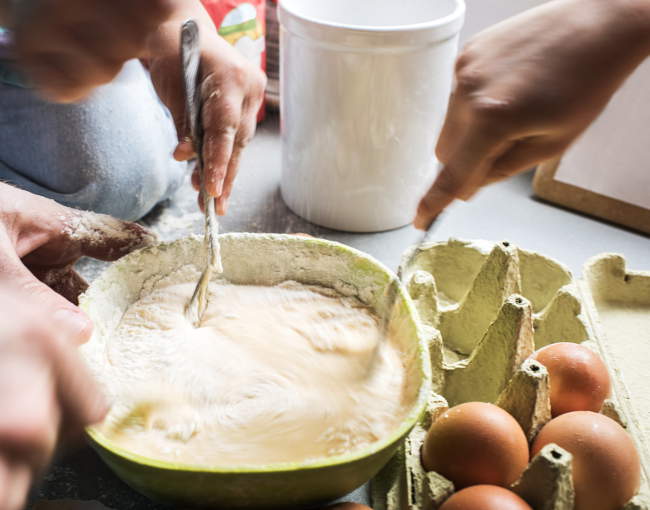 As Missouri’s reputation as a plaintiff-friendly venue increases, a state appellate court has dealt a blow to food manufacturers facing suits under the state’s consumer fraud statute regarding claims made on their products’ packaging and labeling.

In a November 8, 2016, decision, the Missouri Court of Appeals for the Eastern District of Missouri held that the so-called “ingredient list” defense, while relevant at trial, did not defeat the plaintiff’s consumer fraud claim challenging "all natural" labeling as a matter of law, under the Missouri Merchandising Practices Act. Instead, the court held that more discovery was required and that the plaintiff’s allegations were sufficient to survive a motion to dismiss. Unless addressed by the Missouri Supreme Court, the decision will be controlling law in Missouri circuit courts and federal courts interpreting Missouri law regarding food labeling claims.

Courts across the country have grappled with deceptive food labeling claims based on use of the terms “natural” and “all natural.” Media coverage calls the “subjectiveness” of “natural” claims “a matter of intense controversy.” Some commentators note skepticism as to whether these class actions are “really for the common good.” The FDA has not yet decided whether it will regulate the term “natural.” Nonetheless, plaintiffs’ attorneys have filed “natural” food labeling claims against scores of food sector defendants, including Dole, Kashi, Chobani, KIND, General Mills, Quaker Oats, Hormel, Frito-Lay, ConAgra, and Whole Foods.

Food labeling suits are increasingly being filed in Missouri (in particular, St. Louis City – the 22nd Judicial Circuit), which has been called one of the “worst places in the nation for a corporation to be sued” and “the new hot spot for litigation tourists.” (Bloomberg, which dubbed Missouri the “Sue Me” state, also noted that in 2016, three of the top six product defect verdicts in the U.S., totaling $173.5 million, came out of St. Louis).

Statewide, prior to the recent Murphy case, we have seen mixed decisions from Missouri courts (including federal courts interpreting Missouri law) on fraud claims and “natural” descriptors.

On November 8, 2016, the Court of Appeals issued its ruling in a putative food labeling class action brought under the state’s consumer fraud statute, the Missouri Merchandising Practices Act (“MMPA”). The suit focused on a cupcake mix manufacturer’s use of the phrase “all natural” on its product labels. The Court of Appeals reversed the Circuit Court of the City of St. Louis’ decision to grant the defendant’s motion to dismiss the MMPA “all natural” claim, rejecting the Circuit Court’s adoption of the “ingredient list” defense.

At the trial court level, the plaintiff in Murphy alleged that Stonewall Kitchen’s “all natural” vanilla cupcake mix was deceptive and in violation of the MMPA, because it contained sodium acid pyrophosphate (“SAPP”), a synthetic leavening agent that is part of the baking powder that makes the cupcakes rise. The defendant moved to dismiss for failure to state a claim, arguing, inter alia, that the plaintiff: (1) failed to allege an unlawful act under the MMPA because the ingredient panel listed SAPP (the “ingredient list” defense); (2) failed to state a claim for an unlawful act under the MMPA because the plaintiff’s proposed definition of the term “natural” was subjective and the plaintiff failed to plead that SAPP does not meet the plaintiff’s definition of the term “natural;” and (3) failed to plead facts showing his alleged loss was caused by any alleged unlawful act.

In its Jan. 26, 2016, decision in Murphy v. Stonewall Kitchen, LLC, 2016 WL 614570, the St. Louis Circuit Court held that plaintiff failed to plausibly allege an unlawful act within the meaning of the MMPA. The court reasoned that the cupcake mix’s packaging, taken as a whole, was not deceptive, because it accurately disclosed that SAPP was an ingredient. The court noted the split of authority as to whether the disclosure of an allegedly unnatural ingredient on an ingredient list defeats a deceptive labeling claim based on package labeling that bears the word “natural.”

The court considered the line of cases holding that the “ingredient list defense” defeats an “all natural” deceptive labeling claim, including a federal decision from the U.S. District Court for the Western District of Missouri in Kelly v. Cape Cod Potato Chip Co., Inc., 81 F. Supp.3d 754 (W.D. Mo. 2015) — the only case cited by either party that addressed the issue under Missouri law — and found it persuasive. Furthermore, the court reasoned that the terms “natural” and “all natural” are inherently ambiguous and lack any generally accepted meaning in the food labeling context. Disclosure of product ingredients on the package eliminates the potential for consumer deception resulting from use of these terms, the trial court ruled.

On appeal, the plaintiff argued that the trial court erred because the plaintiff properly pled an unlawful act, notwithstanding that the product’s ingredient list disclosed the ingredient at issue. In his reply brief, the plaintiff relied, in part, on a more recent (August 1, 2016) federal court decision from the U.S. District Court for the Eastern District of Missouri that rejected the ‘ingredient list’ defense in a case alleging the plaintiff was misled by a “nothing artificial” label. The court in Thornton v. Pinnacle Foods Group LLC found the Murphy and Kelly decisions unpersuasive and stated that it was plausible that a consumer might rely on the representation “nothing artificial” without looking at the ingredients, or that a consumer might not know that the ingredients at issue are “artificial.”

The appellate court also held that whether “all natural” is “subjective and ambiguous” was not controlling regarding whether Murphy stated a MMPA claim, because “a reasonable consumer’s understanding of the term ‘all natural’ or whether a practice is unfair or deceptive are questions of fact.” Moreover, the court held that there was no requirement that the plaintiff plead that the allegedly artificial ingredient would not normally be expected in the cupcake mix and that the plaintiff adequately pleaded an ascertainable loss under the benefit-of-the-bargain rule.

The Missouri Court of Appeals’ decision in Murphy is important for the dozens of putative MMPA food labeling class actions pending in the state. The decision broadly expands the scope of commercial speech for which product manufacturers are potentially liable under the MMPA. Defendants should carefully evaluate whether the Murphy decision expands the reach of the MMPA such that it now captures constitutionally protected commercial speech. The Murphy appellate court did not consider the scope of First Amendment protection for commercial speech.