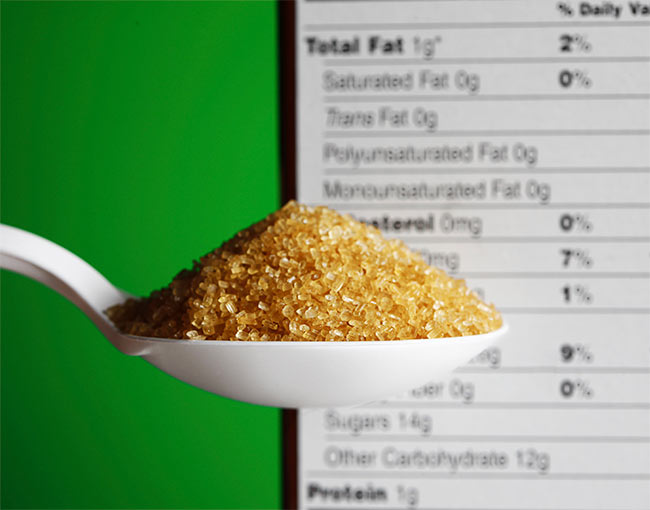 The relationship between “added sugar” and adverse health outcomes has been a subject of debate. When the FDA proposed adding a line for “added sugar” to the nutrition labels on packaged food (a requirement that has gone into effect), some argued that the label could send a message that naturally occurring sugar meant “healthy” and “added sugar” meant unhealthy.

Even Gary Taubes, author of “The Case Against Sugar,” acknowledged a “scientific consensus” that a “calorie is a calorie” when it comes to weight gain and that more experiments are necessary to scientifically demonstrate that added sugar is more harmful than naturally occurring sugar.

The issue was recently raised in an appeal in front of the 9th Circuit. In Major v. Ocean Spray Cranberries, Inc., 2017 WL 1857291 (9th Cir. May 8, 2017). The 9th Circuit affirmed the dismissal of a food labeling lawsuit against Ocean Spray alleging that juice drinks featuring “No Sugar Added” labels were misleading without a disclaimer that the drinks were not low calorie. Holding that California law requires actual reliance, the 9th Circuit affirmed summary judgment for Ocean Spray, because Plaintiff testified that she knew the juice product was not low calorie. What’s interesting is that the court affirmed the dismissal, despite Plaintiff’s argument that the “No Sugar Added” label created the impression that the products were “better” or “healthier.”

(The 9th Circuit also found the undisputed evidence established that there was no more sugar in the juice drink than in the original juices, making the “No Sugar Added” claim factually accurate.)

As discussed in our coverage of this case in the district court, Plaintiff brought a putative class action alleging that the labels of certain Ocean Spray 100% juice drinks, which stated “No Sugar Added,” were unlawful, false or misleading. Among other things, she alleged that the juice labels should have included a disclaimer that they were not low-calorie products. When confronted with her deposition testimony that she did not believe the products were low calorie at the time of purchase, Plaintiff argued that her claims did not “hinge” on whether she believed the product was low calorie but survived summary judgment because she believed the products were “better” or “healthier” due to the “No Sugar Added” label.

On appeal, Plaintiff continued to argue that she could demonstrate reliance on the “No Sugar Added” label for reasons unrelated to calories. According to Plaintiff, she relied on the “No Sugar Added” label, because it made the product seem “healthier” for her children. Plaintiff’s brief argued that the label “No Sugar Added” could convey a health message other than low in calories, citing government websites recommending that consumers limit consumption of added sugar. At oral argument, she asserted that the claim “No Sugar Added” motivated her to buy the product, because she made a distinction based on the source of sugar versus the amount of calories, when purchasing products – she bought “diet” products for herself, because she was concerned about calories, but when shopping for her children did not worry about calories but “added sugar.”

Plaintiff’s arguments were unavailing. Disregarding her argument motivation to purchase based on the source of the sugar in the product, the 9th Circuit affirmed summary judgment, because, among other things, Plaintiff could not make a showing of actual reliance where “her own testimony established that she understood that the juice was not low calorie and that it contained the same amount of sugar” as the juice before it was concentrated.