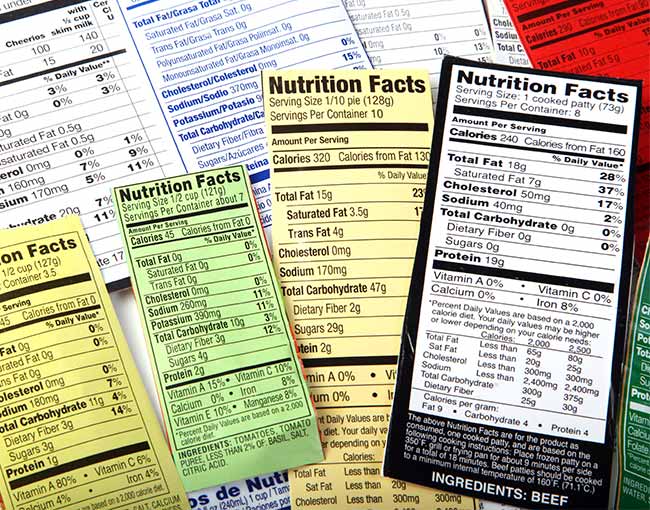 The plaintiff in Bruton claimed that several of the defendant’s baby food products violated federal and state labeling laws because they were deceptive. The claims fell into three categories:

(1) defendant’s use of “Excellent Source” or “Good Source” of vitamins and minerals were unlawful nutrient content claims;

(2) defendant’s claims that a product was “As Healthy As Fresh,” provides “Nutrition for Healthy Growth & Natural Immune Support,” or “Supports Healthy Growth & Development” were unlawful nutrient content claims; and

(3) defendant’s claim that a product contains “No Added Sugar” or “No Added Refined Sugar” were unlawful nutrient content claims. Plaintiff also claimed that the “No Added Sugar” statement violated federal and state law because it did not have a required disclosure of its high caloric value.

Following motion practice and an appeal to the Ninth Circuit, plaintiff’s claims were narrowed to just two: (1) that defendant’s labels were unlawful under the California unfair competition laws; and (2) a claim for unjust enrichment/ quasi-contract.

Bruton sought to certify a class of all persons in California who purchased one of the defendant’s baby food products labeled with one or more of the following: “Excellent Source Of,” “Good Source Of,” “Healthy,” “No Added Sugar,” and/or “No Added Refined Sugar.” The District Court denied plaintiff’s motion on the ground that the class was not ascertainable. The Ninth Circuit reversed, holding that there was no separate “administrative feasibility” requirement for class certification.

On remand, the District Court once again denied class certification, but this time on the ground that the plaintiff’s damages did not satisfy Fed. R. Civ. P. 23(b)(3)’s predominance requirement. Relying on the U.S. Supreme Court decision in Comcast v. Behrend, the District Court found that the plaintiff “must present a damages model that is ‘consistent with [her] liability case.’” Bruton Order, at p. 13.

Under Comcast, damage “[c]alculations need not be exact,” but the “model purporting to serve as evidence of damages in [the] class action must measure only those damages attributable to” the defendant’s conduct. Comcast thus put the burden squarely on the plaintiff at the class certification stage to present a methodology that will identify damages that are “the result of the wrong,” and not just prove that “the resulting damages are capable of measurement and will not require labyrinthine individual calculations,” as Third Circuit had held.

In Bruton, the plaintiff’s damages models were based on a theory of “restitutionary damages,” or the amount necessary “to compensate the purchaser for the difference between a product as labeled and the product as received.” Bruton Order, at p. 13. This measure “attaches a dollar value to the ‘consumer impact’ caused by the unlawful business practice.” Bruton Order, at pp. 13-14. This number is generally known as the price premium of the product. Thus, damages are usually calculated by “taking the difference between the market price actually paid by consumers and the true market price that reflects the impact of the unlawful, unfair, or fraudulent business practices.” Bruton Order, at p. 14. The theory is relatively simple; the difficultly comes in attempting to calculate the premium.

Under this framework, the District Court analyzed the plaintiff’s proposed damages models. The Court promptly rejected the “Full Refund Model.” This model did not reflect the price premium but instead calculated the full price of the product refund, ignoring the fact that the product did have some nutritional value. Bruton Order, at p. 15.

The Court next considered and rejected the plaintiff’s “Price Premium Model.” This model compared the price of the defendant’s products to the price of allegedly comparable products that did not have the deceptive labeling statements. The supposed damages were the entire price difference for the two products. This model failed because it assumed that the “entire price difference between [defendant’s] baby food and a competitor” product was solely attributable to the defendant’s false statement (and, therefore, not due to other factors like brand loyalty, or product quality). The model failed to take other factors into account, or otherwise link the price difference in any way to the allegedly deceptive false statements.

Finally, the Court considered the plaintiff’s “Regression Model.” The goal of this model was to determine damages by comparing sales of the defendant’s products before and after the products contained the disputed labels. To accomplish this, plaintiff proposed using a regression model that would presumably control for other potential variables that could otherwise explain changes in sales. This proposed model initially survived challenges in two similar cases, before ultimately being rejected in those courts. Bruton Order, at p. 16.

The District Court ultimately rejected the plaintiff’s model because: (1) it lacked a reliable means for comparing the defendant’s products with and without the label statements; and (2) the plaintiff did not explain how the model actually accounted for other variables that might affect the products’ sales or prices.

The Flaws In The Regression Model

One major problem with the model was that it simply did not incorporate all the relevant factors. The plaintiff’s expert faced an enormous challenge in devising the model because the plaintiff’s claims covered 69 products, at least five distinct statements, and spanned 344 different labels. Bruton Order, at p. 18. And, of those 69 products, nearly all had labels with material variations. For example, some products had only one of the challenged statements, some had two or more of the challenged statements, and the statements were in different locations on various products.

The Court noted that: “though not dispositive in its own right, this increased complexity makes it more difficult for the proposed Regression Model to control for all factors and distill the different label variations into the simple before and after comparison the proposed Regression Model seeks to achieve.” Bruton Order, at p. 18. The plaintiff’s expert had identified numerous factors that could impact sales and prices, but failed to provide a “meaningful explanation” as to how the variables would be addressed in the model. Under Comcast, the Court said, this is insufficient. Instead, a “real explanation is necessary.”

Another fatal flaw in the Regression Model was that it lacked a critical underlying fact component. The model was premised on the plaintiff’s statement that it could determine precisely when consumers were buying the defendant’s products with the challenged label statements, and when they were buying the products without the challenged label statements. This assumption proved false, as defendant reported – without contradiction from plaintiff – that product placement on store shelves lagged behind label change approval anywhere from three to thirteen months. Thus, according to the defendant, there was “no way to determine what label was on the product a consumer purchased in the retail transactions” that form the basis of the Regression Model. Moreover, at times the same product appeared in stores with more than one label. Because the products with and without the labeling overlapped, the Regression Model simply could not have compared products with and without the challenged labeling.

Depending on the product at issue, plaintiffs’ attorneys may need to present a regression model to support alleged class-wide damages. As Bruton and several other recent cases show, regression models that fail to account for variables other than the alleged false label statements will not survive a Rule 23(b)(3) challenge. Thus, a critical first line of defense to class certification should be to identify all the relevant variables that may impact your product’s market (such as, seasonality, varying locality of sales, marketing changes, existence of competitor products, coupons, and discounts).

In addition, supply chain complexity and the amount of variability in product labeling will significantly impact the question of whether a particular regression model can link changes in sales to the alleged false labeling. As Bruton instructs, a regression model must be based on accurate information with respect to when the defendant began and ended use of the allegedly deceptive label. Absent this basic information, the model cannot work.

For example, a product that is only sold at one location, is only manufactured at one facility, is perishable and therefore not on shelves for an extended period of time, and has only ever had two labels will likely not contain enough supply chain complexity to cast doubt on the ability of the plaintiff to establish the dates when the allegedly false labels were in use.

In contrast, a product with multiple labels overlapping in time, sold in multiple different types of stores, having a long shelf-life, that is manufactured at different locations, and/or is sold nationwide, may have sufficient supply chain complexity such that it would not be possible to determine when certain product labels were used.

Companies should thus carefully collect and review all data relating to label changes and consider whether their traceability system collects and saves the type of data necessary to determine the sales endpoints necessary for a regression analysis.