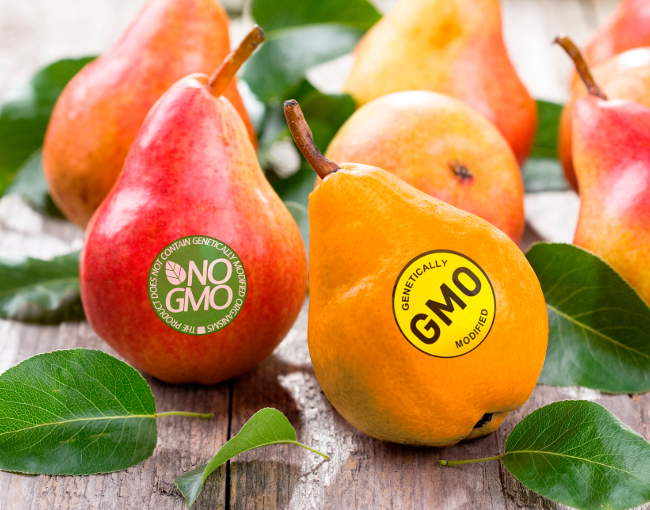 The U.S. is one step closer to GMO food labeling

On May 4, 2018, the USDA’s Agricultural Marketing Services (AMS) published a proposed rule for the National Bioengineered Food Disclosure Standard, adding two more acronyms to your database: NBFDS (the law itself) and BE. BE is short for bioengineered, and is used as the text portion of the symbol companies may use for their bioengineered food disclosure option.

In a recent Food Fight article, we discussed a number of the issues the USDA needed to resolve in the proposed rules. This article explores whether—and how—the USDA has explored those issues and intends to interpret the Act. Overall, the USDA raised more questions in the proposed rules than it answered and punted once again to the public for more comment. This is no doubt due to the ambiguity in the NBFDS itself, the fact that Congress gave the USDA broad discretion to interpret the Act, and the challenges of regulating disclosure of rapidly evolving technology in bioengineering. Here are some details of the proposed rules.

1. What is a “food” that requires a disclosure?

The first question AMS tackled was the definition of “food” requiring disclosure. This was a fairly easy task.

Animal Food: The AMS will defer to the FDA’s interpretation of the definition of “food” in the Federal Food, Drug, and Cosmetic Act, 21 U.S.C. 321(f), except the inclusion of food for animal consumption, which is expressly excluded by the NBFDS. Thus, even though animal food is “food” under the FDCA, it will not be considered “food” under the NBFDS.

That meat is generally excluded from the NBFDS is ironic because the USDA (through the Food Safety and Inspection Service, not the AMS) is generally responsible for regulating meat labeling and safety. It’s unclear why Congress gave the USDA the task of regulating the BE labeling on food products (and their labeling) primarily regulated by the FDA. Clearly, there will be much inter-agency coordination on implementation of the NBFDS.

2. What is a bioengineered food, and what is not?

AMS did not resolve the question of whether highly refined bioengineered products that may not contain genetically modified materials must be labeled as “bioengineered,” even though an ingredient of the food product was bioengineered. AMS instead solicited further comment on that issue. AMS also failed to define “conventional breeding,” and instead sought comment on whether there should be a definition and, if so, what that definition should be. AMS specifically requested comment on whether the definition of “conventional breeding” should be “limited to methods currently used to propagate or modify existing genetics.” Similarly, AMS did not define, and instead seeks comment, on the phrase “found in nature.” AMS also invited comments on the question of whether it should use “intellectual property protections as a method in determining whether a modification could not otherwise be found in nature.” As the definition of bioengineered goes to the heart of the NBFDS, resolution of these definitions could seriously impact what foods are subject to disclosure under the final rules.

The proposed rule excludes from the definition of bioengineered food “incidental additives” present in the food at an “insignificant level” that “does not have any technical or functional effect in the food.” 7 C.F.R. 66.1(2)(i). AMS noted in its outline of the proposed rule that adopting this provision: “may exempt a number of enzymes that are currently used in food production but not currently listed in the ingredient statement on a food label,” but not those “that are required to be listed on the ingredient list.” The USDA adopted this provision in an attempt to conform to a similar labeling exemption under regulations implementing the Federal Food, Drug, and Cosmetic Act, at 21 C.F.R. 101.100(a)(3). Nonetheless, AMS has requested comments on whether enzymes present in food should be considered “bioengineered food.”

3. What foods are exempt?

Interpreting two statutory exemptions, the AMS defined “very small food manufacturer” as: “any food manufacturer with annual receipts of less than $2,500,000,” applicable to both domestic and foreign food manufacturers. These companies are completely exempt from the NBFDS. Regarding the exemption for food served in restaurants or similar food establishments, the AMS defined “similar retail food establishment” as “a cafeteria, lunch room, food stand, saloon, tavern, bar, lounge, other similar establishment operated as an enterprise engaged in the business of selling prepared food to the public, or salad bars, delicatessens, and other food enterprises located within retail establishments that provide ready-to-eat foods that are consumed either on or outside of the retailer's premises.” This definition will likely raise questions for companies that sell both retail and prepared foods in the same establishment.

AMS did not further elaborate on the relatively clear express statutory exemptions for food certified under the National Organic Program and for animals fed BE foods.

In addition to these relatively unambiguous statutory exemptions, the regulations interpreted a more ambiguous NBFDS exemption authorizing the AMS to “determine the amounts of a bioengineered substance that may be present in food, as appropriate, in order for the food to be a bioengineered food.” 7 U.S.C. 1639b(b)(2)(B). AMS invited comment on three alternatives:

Alternative 1 provides for the reality that BE and non-BE foods are often processed and transported by the same equipment and travel in the same supply channels. Therefore, a very small amount of BE food may be present as a contaminant in non-BE food. This alternative essentially amounts to a low level presence exemption similar to what exists in other countries. This alternative would ensure that, even though cross-contamination may occur, it cannot exceed a certain contamination threshold, as determined by weight of the food. Alternative 2 does essentially the same thing, except provides for a much lower percentage of BE ingredient present in the food before disclosure is required.

Alternative 3 is different from the first two alternatives as it does not require that the BE ingredient present in the food be inadvertently included. That is, under alternative 3, a regulated entity could use an ingredient it knows is BE and not have to disclose that under the NBFDS, as long as the total amount of all BE ingredients is not greater than 5% of the total weight of the product. It makes sense that the USDA would include alternative 3, as it is very similar to a threshold requirement under the National Organic Program, which the USDA administers.

4. The BE food lists

Perhaps the most interesting part of the proposed rules are the proposed BE food lists. AMS proposes that it maintain two BE food lists on its website, which AMS plans to update annually via notices in the Federal Register.

5. Who must disclose, and how?

Who: for foods packaged prior to receipt by a retailer, the food manufacturer or importer is responsible for ensuring that the food bears a disclosure. Retailers are responsible for disclosure if they (1) sell food in bulk, or (2) package the food.

How: for most companies (not small food manufacturers and not for small and very small packages, which are subject to a different rule), the disclosure must be in one of these forms: (1) a text disclosure as described above relating to the BE lists; (2) the exact symbol described in the rule; (3) a text message disclosure, or; (4) an electronic or digital link with the accompanying statement: “Scan here for more food information,” or equivalent language that only reflects the technical change. In other words, the text must state that more “food information” is available on a scan. This disclosure method must be accompanied by a telephone number that will provide the BE disclosure to the customer regardless of the time of day and must have the accompanying statement: “call for more food information.” The electronic link must go directly to the product information page that displays the disclosure on the first screen. The page must be free of marketing and promotional material. Companies are not allowed to collect, analyze, or sell any personally identifiable information about consumers or their devices, and any information collected for compliance of the NBFDS must be immediately deleted and not used for any other purpose.

Disclosures via text message are allowed. The label must include this statement: “Text [number] for more food information.” The number must include a short code that is capable of sending an immediate response to the consumer’s mobile device. The response must not include marketing or promotional materials and the disclosure must be as those used in text disclosures for items on the BE list. No fee can be charged to access the BE information.

Food sold in bulk containers must use one of the disclosures options described above and the disclosure “must appear on signage or other materials . . . that allows the consumer to easily identify and understand the bioengineered status of the food.”

Procedures for enforcement allow interested persons to submit a statement or complaint regarding an alleged violation. If the AMS determines that “reasonable grounds exist for an investigation of such complaint,” then it may order an audit or examination of the records of the responsible entity. At the conclusion of the audit, AMS will make findings and make records available to the entity. The entity may then request a hearing on the findings. If no hearing is requested, or after a hearing, AMS will make public its summary of the final results of the audit. This is the final agency action for review. Neither the rules nor the statute provide for fines or any other enforcement action.

We will continue to follow comments to the proposed rule and implementation of a final rule. Our firm has a rich history of working with companies in the biotechnology and food industries, and thus has the technical and regulatory experience to help navigate your company through the disclosure process. Please contact us if you would like to discuss how these proposed rules would affect your company, or if you are interested in submitting comments to the proposed rule.

Kim Bousquet is a partner in Thompson Coburn’s litigation practice.