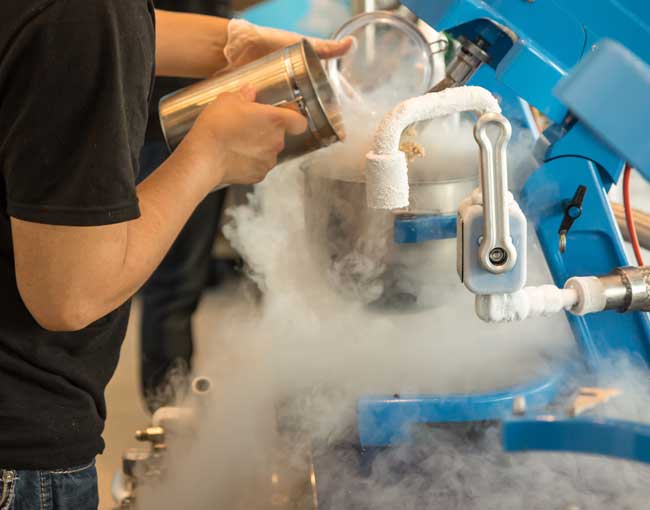 The U.S. Food and Drug Administration took an unusual step on October 31 by issuing an interpretation of the Food Code regarding the use of liquid nitrogen and dry ice in preparation of food in retail and food service establishments. Although the FDA acknowledged the Food Code does not prohibit use of liquid nitrogen or dry ice in food preparation, the FDA was clear that food establishments using these substances must take care to prevent injuries associated with accidental ingestion or skin contact.

FDA’s interpretation no doubt reflects recent reports of injuries caused by customers of ice cream parlors and other establishments that use dry ice in the preparation of their products. These reports prompted the FDA to issue a safety alert in August 2018, warning the public of potential dangers of eating food prepared with dry ice or liquid nitrogen. The FDA warned of the “potential for serious injury from eating, drinking, or handling food products prepared by adding liquid nitrogen at the point of sale, immediately before consumption.”

The FDA stated its concerns clearly:

The FDA specifically referenced products marketed as: "Dragon’s Breath," "Heaven’s Breath," "nitro puff" and other similar names, which are often sold in malls, food courts, kiosks, state fairs and other retail locations. “These products may include liquid nitrogen-infused colorful cereal or cheese puffs that emit a misty or smoke-like vapor. Similarly, alcoholic and non-alcoholic drinks prepared with liquid nitrogen emit a fog.” The FDA noted that it was not concerned with foods treated with liquid nitrogen before sale and before consumption as long as the liquid nitrogen completely evaporates before serving the customer and the product’s temperature is not “extremely low.”

Though the FDA’s stance on these products was clear in its warning, the agency’s additional step of issuing a Food Code interpretation further underscores the need for companies selling these products to implement procedures to prevent injuries.

The FDA’s interpretation asks retailers using these products to add the following procedures and training:

What is the takeaway for retailers and restaurants from the FDA’s actions?

First, implement these procedures if possible. Though the FDA’s interpretation is not binding, and the Food Code itself is not binding unless adopted by a state or local entity, it still makes good business sense to heed the FDA’s warning and advice and implement these safety measures. Also, the FDA’s interpretation could potentially be used to establish a standard of care in lawsuits for injuries sustained as a result of contact with liquid nitrogen or dry ice.

Second, check with your state or local regulatory agency to find out their stance on use of liquid nitrogen and dry ice and implement any necessary measures.

To learn more about this issue or the Food Code generally, please contact Kim Bousquet.