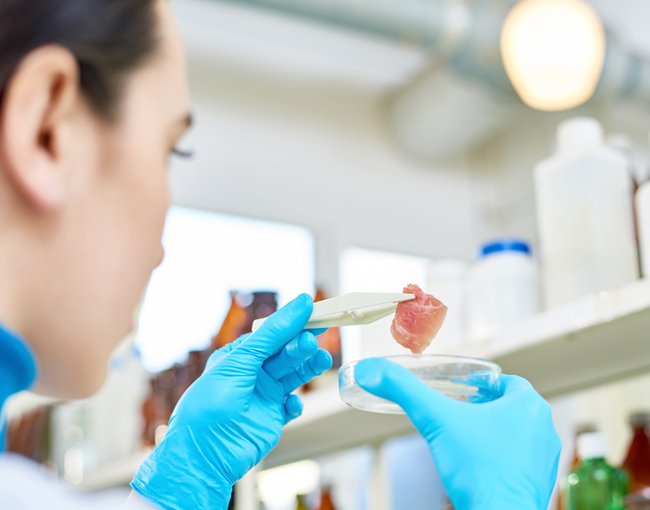 A plant-based meat company is appealing to the Tenth Circuit Court of Appeals a federal judge’s recent refusal to halt Oklahoma’s Meat Consumer Protection Act, which requires a disclaimer on plant-based food products that use a meat term in the product description.

In September, Upton’s Naturals Co. and the Plant Based Foods Association (“PBFA”) filed a lawsuit in Oklahoma federal court, asking the court to block the law from being enforced while the lawsuit remained pending.[1]

Similar to meat labeling laws in other states, Oklahoma’s Meat Consumer Protection Act prohibits "misrepresenting a product as meat that is not derived from harvested production livestock."[2] But the Act goes on to say that "product packaging for plant-based items shall not be considered in violation […] so long as the packaging displays that the product is derived from plant-based sources in type that is uniform in size and prominence to the name of the product."[3] Penalties for not complying include fines up to $10,000.00 per offense and one year in jail.[4]

Upton’s Naturals argued some of its plant-based products would violate the new law, even though those products already disclosed they were plant-based or vegan. For example, the word “vegan” already appeared on Upton’s Naturals’ “Ch’eesy Bacon Mac”—a product that did not contain meat-based bacon—but the word “vegan” was not in the same size or placed in the same prominence as the product name. Upton’s Naturals and the PBFA claimed the new law constitutes a compelled disclosure that violates the First and Fourteenth Amendments. They also argued this type of disclaimer would be expensive, burdensome, and lead to consumer confusion. An earlier version of the law required a disclaimer but did not require the disclaimer to be in the same size and prominence as the name of the product.[5]

The plaintiffs asked the court for a preliminary injunction to block Oklahoma’s Governor and its Commissioner of Agriculture from enforcing the law during the pendency of the lawsuit. Judge Stephen P. Friot declined to do so.

Judge Friot sided with the state and used a lower level of scrutiny to determine whether the law violates the First and Fourteenth Amendments. Under this lower standard, the state can require businesses to divulge “purely factual and uncontroversial information” about their products, so long as it’s “reasonably related” to a substantial government interest and is neither unjustified nor unduly burdensome. Such compelled disclosures are likely to survive judicial review if they target speech that is inherently misleading. The judge applied this standard and concluded “[p]roduct packaging which labels a product as ‘Classic Burger,’ bacon, chorizo, hot dog, jerky, meatballs, or steak, when the product is actually a plant-based product, is potentially misleading to a reasonable consumer.”

And he reached this conclusion even though Upton’s Naturals’ already included the term “vegan” on its labels—just not in a size equal to the product name. Requiring the disclaimer to be in the same size and prominence as the product name, he determined, was justified and not unduly burdensome. “That requirement is intended to ensure that a reasonable consumer will not be misled by the product name, which uses an animal-based term when the product itself is plant-based.” Because this furthered the state’s interest in “preventing confusion or deception to consumers,” the judge concluded that Upton’s Naturals and the PBFA would not likely succeed in proving a violation of free speech. As such, he declined to grant injunctive relief.

Other courts have reached the opposite conclusion and halted similar laws aimed at restricting plant-based meat labeling. For example, in December 2019, a federal judge enjoined Arkansas’ meat labeling law, holding that terms like “burger” for plant-based products were not inherently misleading: “the simple use of a word frequently used in relation to animal-based meats does not make use of that word in a different context inherently misleading.”[6]

The Upton’s Naturals appeal will be closely monitored by all market participants. In the meantime, the Oklahoma Meat Consumer Protection Act went into effect on November 1, 2020.