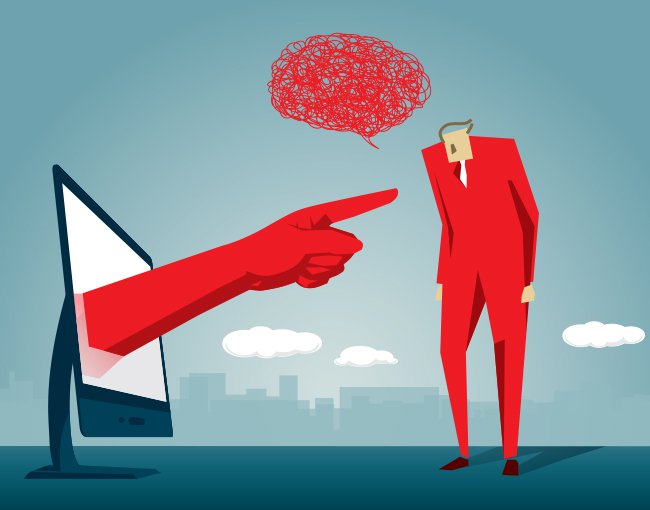 The Internet has clearly changed how we think about facts and truth, as the Stormy Daniels versus President Donald Trump case illustrates.

In pre-social media, pre-Trump times, if someone accused you of knowingly lying about crucial facts, that would probably be defamatory. So Stormy Daniels’ case against Trump, based on those circumstances, seemed credible. Trump tweeted that a key part of her story, about being threatened, was false. He accused her of knowingly lying about crucial facts.

But the court, in assessing Stephanie Clifford (Stormy Daniels’ real name) versus Donald Trump, considered how people today think about accusations in social media, and (less explicitly) how they think about accusations by President Trump. A long-standing legal rule instructs courts to consider statements “as a whole in light of the surrounding circumstances and based on how a person of ordinary intelligence would perceive it.”

Initially, the statements appear to be factual claims — essentially, accusations that Ms. Clifford knowingly lied about an important matter. This can be proved true or false, and that’s a key indicator of a factual claim. But looking at the context, and some of the words used, the court went on to find Trump’s statements to be “rhetorical hyperbole” — extravagant exaggerations that no one would be likely to take literally. For that reason, and because of the political-campaign context in which the tweets were made, the court found the statements to be “opinions” and not facts, and hence not actionable under libel law.

This is a change in libel law. While context has always been important in interpretation, and the “rhetorical hyperbole” exception has been recognized for more than 40 years, until recently courts didn’t take these doctrines so far as to exempt such specific accusations. The “rhetorical hyperbole” case, for example, involved a claim of “blackmail” by a developer who opposed a city council’s limitations on a proposed real estate development. It’s practically impossible to take that accusation as a literal accusation. Trump’s claim that Ms. Clifford lied about her claim of being threatened was far more factual and believable.

Ms. Clifford will likely appeal and another court could view her claims differently. But it is pretty clear that the basic elements of the trial court’s analysis, including factoring in of the wildness of social media commentary and a broadening of the scope of what is recognized as opinion, have become standard in today’s defamation legal analysis.

Two things seem to have affected the balance. Today’s discourse, particularly in social media, truly is wild and reckless, across many platforms and many writers, and that recklessness has been given a kind of imprimatur by the Tweeter in Chief. The court in the Clifford case didn’t say it, but in a different case a few years ago, the court suggested that President Trump’s reckless tweeting practices have themselves changed expectations.

Changes in libel law because of social changes aren’t unprecedented. For example, for a long time it was considered defamatory per se to accuse someone of being homosexual. Today it would not be, because social understandings are different. But the current change is an abrupt and startling one in many respects, particularly seen through the eyes of victims of false statements on social media.

Parties in libel suits may adopt new tactics. For now, judges are making judgments based on their own understandings about how social media accusations are perceived. At some point, we may see surveys conducted, as in trademark and false advertising cases, to determine how messages are actually understood. The surveys might back up many courts’ current gut feeling that no one believes anything literally, or they might show that some of these accusations do in fact lead readers to believe the literal defamatory message.

On one side, the classification of so much of today’s speech as protected opinion creates a more liberal freedom to speak. But it also provides far more room for misinformation, disinformation, and reckless accusations. Walter Lippman wrote that the purpose of journalism was to paint a picture of the world upon which men could act. But social media is becoming the primary source of information for many people, and it often features hyperbole, hasty and poorly researched assertions, and lots of confirmation bias. If social media content will be judged by looser social media standards, traditional media laws may drop out as a check and balance, and there will be little to stop social media from painting a strange and unreliable picture of the world.

The Clifford case may seem like trivial sparring between an adult film star and a celebrity, but the case raises larger questions and reveals troubling trends. When even posts from the highest authorities are judged hyperbolic and unreliable, and thus not covered by libel laws, what laws, if any, address today’s information blights? How, if at all, can our law direct public discourse toward creating a reliable picture of the world?