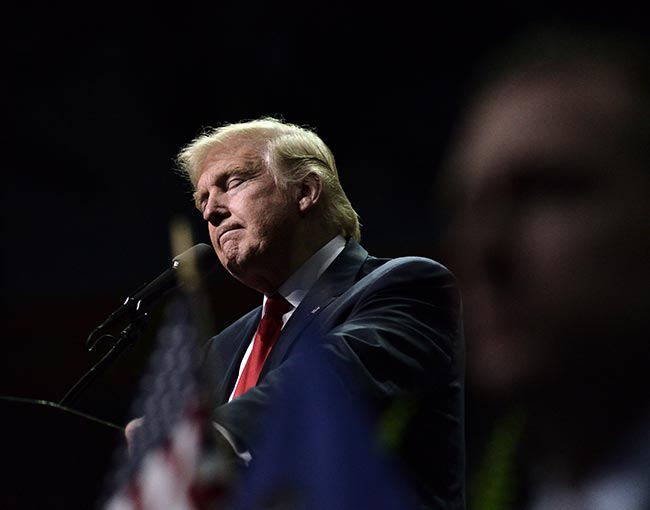 President-elect Donald Trump just won a libel case against a critic — for the very same reason that real estate developer Donald Trump lost a libel case against a critic, more than 30 years ago. And yes, the precedent of Trump v. Chicago Tribune, the case that Trump lost in 1985, was relied upon by the court as it dismissed Cheryl Jacobus’s suit against Trump just a few days before his inauguration.

I wrote the briefs for the Chicago Tribune in Trump’s prior case and couldn’t help but notice that in defending the Jacobus suit Trump’s lawyers today relied on the very same arguments we used against him back then.

Both cases involved strong criticism against the plaintiff, and in both cases the courts dismissed the plaintiff’s libel claims because of the long-established right to express one’s opinions.

In the Chicago Tribune case, Trump had sued over a harsh review by the paper’s architectural critic, criticizing Trump’s proposal to build a 150-story building off the southern tip of Manhattan. In her recent case, Jacobus sued over a series of Trump tweets disparaging her after she, as a Fox News commentator, had criticized Trump’s behavior in the Republican primary debates.

Trump disparaged Jacobus in a series of tweets. He called her “A real dummy!” and a “major loser [with] zero credibility!”  He also tweeted a photo of her with a grossly disfigured face, and a depiction of her in a gas chamber, with Trump standing nearby about to push a button labeled “Gas.”

The Tribune article that Trump sued over, which was directed to the proposed building rather than Trump personally, called it “one of the silliest things anyone could inflict on New  York or any other city. It also criticized Trump Tower as having “a kitschy shopping atrium of blinding flamboyance.”

The key arguments that Trump used in the current case, and that the court found persuasive, were the same ones that caused him to lose his case against the Tribune in 1985:

A fuller explanation of these principles, and other libel opinion doctrines, is available in my article, “Opinion and Libel,” published in Sage’s Guide to Mass Media Law and Ethics.

Essentially, the court found that all of these principles led to a finding that Trump’s tweeted criticism of Jacobus were mere opinions, and hence not libelous — just like the Chicago Tribune critic’s criticism of Trump’s buildings in the early 1980s. Indeed, in ruling in favor of Trump for all those reasons, the court quoted federal judge Edward Weinfeld’s ruling against Trump in Trump v. Chicago Tribune.

The court’s treatment of Trump’s campaign tweets is noteworthy. The court noted Trump’s “regular use of Twitter to circulate his positions and skewer his opponents and others who criticize him, including journalists and media organizations whose coverage he finds objectionable”  — including tweets that are “rife with vague and simplistic insults such as ‘loser’ or ‘total loser’ or ‘totally biased loser,’ ‘dummy’ or ‘dope’ or ‘dumb,’ ‘zero/no credibility,’ ‘crazy’ or 'wacko,’ and ‘disaster.’”

However, the court seemed to view Trump’s tweets primarily as a sign of a new no-holes-barred political dialog — that is, a new contextual reality, that the court was compelled to accept, despite its own apparent distaste for “intemperate tweets [that] are clearly intended to belittle and demean plaintiff.”

And that is one way in which Trump’s newest libel suit, and the atmosphere of the 2016 presidential campaign, may significantly alter libel law. Libel is about language, and as language changes, what we understand as libelous changes. A few decades ago, it was uniformly considered libelous per se to call someone a homosexual; because of changing social mores, that is no longer true.

The decision in Jacobus v Trump appears to present a journeyman application of the settled opinion defense in libel law, not significantly different from how that defense was applied against Trump three decades ago. But it could also be seen to signal a new social acceptance of an increasingly intemperate, belittling and demeaning political dialog.