Home > Insights > Blogs > The Ground Floor > So you think you can avoid California’s anti-jury waiver? 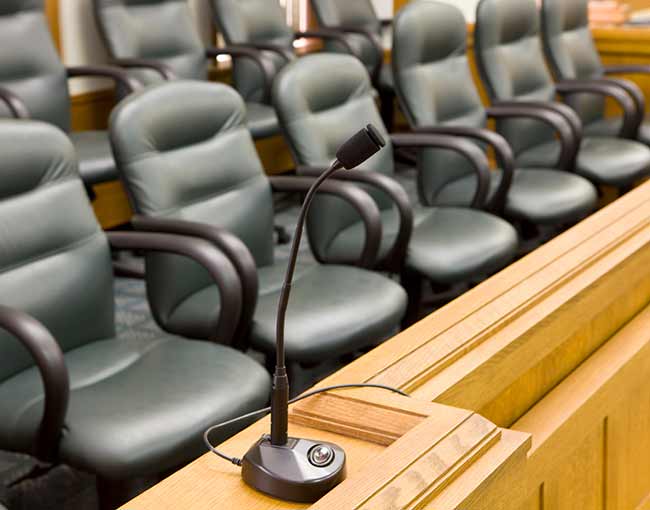 The California Court of Appeal for the First Appellate District in San Francisco recently held that commercial borrowers are entitled to a trial by jury even though they signed loan documents that contained a jury waiver under New York law. In Rincon EV Realty LLC, et al v. CP III Rincon Towers, Inc., et al., the plaintiffs borrowed $110 million to finance the purchase of an apartment complex. The loan was evidenced by a promissory note, secured by a deed of trust, and governed by a loan agreement. After the plaintiffs failed to pay the loan by the original maturity date and the lenders contended that they failed to meet the requirements of a one-year extension, the lenders sold the loan to the defendants in this lawsuit. Defendants initiated nonjudicial foreclosure, and then obtained the property at a foreclosure sale with a $73 million credit bid.

The borrowers filed a lawsuit asserting claims for breach of the loan agreement, and other contractual and tort causes of action against the lender defendants. The trial judge precluded a trial by jury, holding that jury waivers in the loan agreement and ancillary agreements were enforceable. The judge held that while California does not allow pre-dispute contractual jury waivers, the jury waivers in these loan documents were enforceable because they required the application of New York law, not California law. Following a trial by the judge, the trial court entered judgment in favor of the lender defendants on all claims.

On appeal, the Court analyzed whether the “choice of law” provisions of the loan agreements – requiring the application of New York law – combined with the broad jury waiver provisions of the loan documents controlled over California’s law that jury waivers are not enforceable. The loan agreements’ choice of law provision, printed in all capital letters, bold face type and italics letters, provided in part, that

"DOCUMENTS AND THE OBLIGATIONS ARISING HEREUNDER AND THEREUNDER SHALL BE GOVERNED BY, AND CONSTRUED IN ACCORDANCE WITH, THE LAWS OF THE STATE OF NEW YORK APPLICABLE TO CONTRACTS MADE AND PERFORMED IN SUCH STATE (WITHOUT REGARD TO PRINCIPLES OF CONFLICTS OF LAWS),…"

And, the agreements provided a broad brush of a jury-waiver provision:

First, the Court had to determine whether New York or California law applied to the issue of jury waiver. In its analysis, it held that New York certainly had a substantial relationship to the parties and the transaction. Plaintiffs had their principal place of business in New York, the parties agreed that New York has a substantial relationship to the underlying transaction, the agreements were negotiated in New York, the loan was made in New York, and the proceeds were disbursed in New York. Therefore, the question became whether enforcing the waiver would be contrary to a fundamental policy of California and, if so, whether California has a materially greater interest than New York in determining the enforceability of the jury waiver provisions. The Court recognized that New York courts generally enforce jury waivers. Yet, the Court also recognized that California has a fundamental policy concerning contractual waivers of the right to jury – it won’t allow them unless and until the Legislature actually enacts legislation to that effect. A jury trial is an “inviolate right” and in a civil case, any waiver must occur by the consent of the parties “expressed as prescribed by statute.”

Quoting often from the California Supreme Court’s opinion in Grafton Partners v. Superior Court, the Court adopted the holding that “unless the Legislature prescribes a jury waiver method, we cannot enforce it.” And, in California – at the present – there is no Legislatively prescribed method to waive trial by jury in a pre-dispute contractual provision.

The last question, then, became whether California has a materially greater interest than New York in the determination of the issue. New York has an interest, admittedly, in protecting the expectations of parties who enter into contracts in New York. But, the Court still swung over to California, holding that “[b]ecause the policy at stake in this case form[s] part of a considered procedural scheme intended to create a balance adversarial system and fair system of public administration of justice, we conclude that California, as the forum for adjudication of this dispute, has the paramount interest here.” Therefore, because the trial court did not allow the plaintiffs to try their case before a jury, this was reversible error, and reversal of the judgment in favor of the defendants was required.

Yet, the plaintiffs may not get a “do over” in real life when the case comes back to the trial court. Because, the Court held that only the “legal” issues such as breach of contract are entitled to a jury trial. The “equitable” issues, such as a claim to set aside a foreclosure sale or a claim for unfair competition, do not, under any situation, allow for a jury trial. So, the judgment in favor of the defendants on those two causes of action still remain. And, if the issues resolved in those two causes of action are the same as those in the “legal” claims that are supposed to be re-tried, the trial court may simply say “sorry,” you don’t get a second shot at these claims.