Home > Insights > Blogs > The Ground Floor > How much is too much? NY AG stops Simon Property from enforcing its 60-mile radius restriction 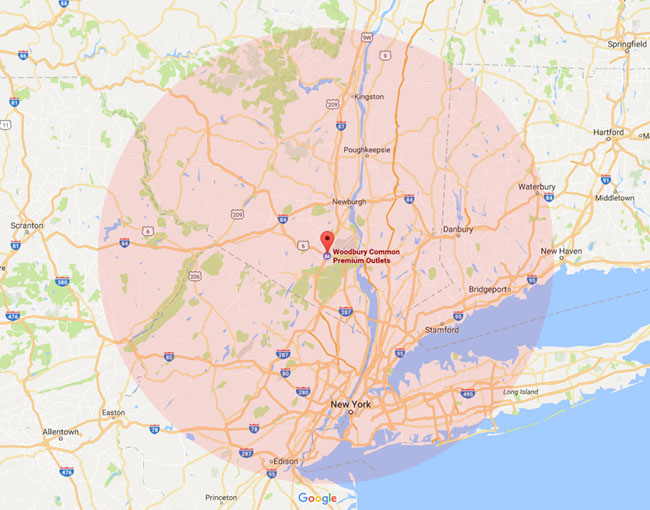 How much is too much? NY AG stops Simon Property from enforcing its 60-mile radius restriction

In shopping center leases, the landlord may agree to protect current tenants with exclusive use provisions, blocking future tenants from competing with the already existing businesses (See, Would you like toppings on that lawsuit? Exclusive use provisions in retail leases.) Landlords also limit tenants’ uses through permissive use provisions, which can limit a tenant’s business to something narrow (e.g., sale of candied bacon) to much broader (e.g., any business that does not violate any law).

Another restriction on use is called a “radius restriction.” A radius restriction protects the landlord, by precluding a tenant from operating the same business at a competing location within a certain distance from the landlord’s shopping center. One justification for such a provision is that if the tenant is paying percentage rent based upon sales generated at the landlord’s center, then a competing business nearby could siphon some of that rent to another landlord. In fact, one of the remedies sometimes built into such a provision is that the landlord may be able to recoup whatever the landlord loses to that other location, sometimes by way of a liquidated damages formula.

The question as to whether such a provision is anti-competitive does arise. In New York, the Office of the Attorney General [OAG] commenced an investigation against Simon Property Group in connection with radius restrictions in leases with retail tenants at the outlet centers known as Woodbury Common Premium Outlet and The Mills. “The OAG investigation focused on the possible anticompetitive effects of [Simon’s] radius provisions on consumers and businesses in New York State.”

The OAG determined that the majority of Woodbury leases include a radius provision of 60 miles around Woodbury. For those who took pre-algebra, the area of that circle is calculated by the formula Area = Π x r². That means that the area in which the Woodbury tenants were precluded from opening another business equals 3.14 x 602 or 11,304 square miles! Among its findings, the OAG concluded:

The OAG additionally finds that continuation of the Woodbury 60 Mile Radius is likely to (a) deny Retailers the benefits of competition among outlet centers in the NYC Area, (b) deprive NYC Area consumers from access to high-quality outlet centers within a short subway ride, ferry, or walk, and (c) prevent local communities in the NYC Area from obtaining additional tax revenue, jobs, and infrastructure investment that an additional outlet center would likely provide.

The OAG also concluded that the radius provisions in the Jersey Gardens leases have the “potential to limit the ability of Outlet Retailers to operate or open Outlet Stores in any [non-Simon] development in the New York City Area.”

Simon neither admitted nor denied the OAG’s findings. However, to resolve the investigation, Simon agreed to immediately waive and, within 45 days, amend its radius restrictions in all current leases at Woodbury and Jersey Gardens to exclude the “Relevant Area,” which is depicted on a map attached to the Assurance and which includes Queens, Brooklyn, and the Bronx.

We were unable to find a California appellate decision determining if radius restrictions are enforceable. There is an unpublished – which means it cannot be used for precedent – decision from 2013 that concerned a 5-mile radius restriction, but the court did not focus on the general enforceability of the provision, instead focusing on whether the second location was similar or competing with the first.