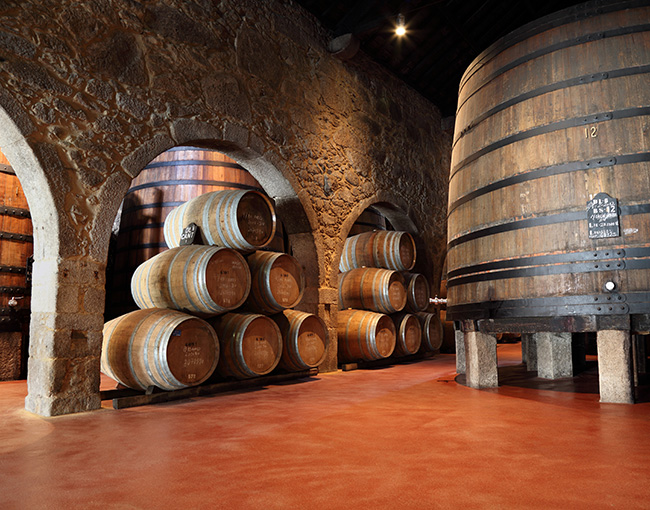 Sellers of a vineyard were exonerated of a claim for fraud because they “could not be held liable for nondisclosure in the absence of evidence they had actual knowledge of the facts to be disclosed.” In Opinion - RSB Vineyards v. Orsi, the California Court of Appeal affirmed a summary judgment in favor of defendants who were accused of failing to disclose to the buyer of the vineyard material defects with respect to a residence-turned-wine tasting room.

Plaintiff/buyer purchased from defendants a vineyard and building located in Healdsburg, California. Following the purchase, the buyer discovered structural and other problems with the building that were not disclosed by the defendants/sellers at the time of sale. These defects included that the deck was not properly built, the floor structure was insufficient, deficiencies in the building’s resistance to wind and seismic activity, weakening of a wall due to improper construction, inadequate roof support, improperly spaced floor joists, dry rot that had been plastered over without repair, insufficient steel reinforcement of the foundation and improper construction of a bathroom ceiling. The cost to repair the floor, alone, was more than the cost to demolish and rebuild the tasting room, so plaintiff/buyer chose to demolish and rebuild the tasting room.

The buyer sued the sellers claiming misrepresentations and omissions in connection with the sale of the vineyard and tasting room. Before trial, the sellers obtained a summary judgment, based upon their assertion that they had no knowledge of the defects at the time of the purchase and, therefore, could not be found liable. Each seller essentially claimed:

[a]t no time before the sale to plaintiff did any person connected to the County or any of our own professionals ever inform me that the finished construction did not comply with any building codes or standards, that the plans or work were substandard or deficient in any regard, or not to code, or even just to the level of good construction practices, or that the building was in any way unsuitable or unsafe for use as a tasting room, nor did I have any such knowledge from any other source, including my own observations.

The buyer’s primary theory of recovery was that the sellers knew or possessed constructive knowledge of the various defects uncovered by the buyer after the close of escrow, and failed to disclose those defects while under a duty to do so. The Court was very clear that the defects certainly should have been disclosed:

There seems little doubt that defendants were under a duty to disclose the deficiencies, . . .since they affected “the value or desirability of the property” and were not necessarily apparent to a diligent buyer. The obligation to disclose, however, only arose if defendants had actual or constructive knowledge of the deficiencies.

The key to the sellers’ success was the phrase “only arose if defendants had actual or constructive knowledge of the deficiencies.” The Court of Appeal held that “[o]nly where the circumstances are such that the defendant ‘must have known’ and not ‘should have known’ will an inference of actual knowledge be permitted.” In an attempt to rebut sellers’ statements that they did not have actual knowledge of the defects, the buyer presented a declaration of a civil engineer who discovered the defects. However, he conceded the deficiencies were mostly discovered only during the demolition of the tasting room, which prompted the Court to hold: “[t]here is no reason to think defendants would have known of them.” In addition, the buyer’s civil engineer did not suggest that any of the defects would have been apparent to a non-professional. Last, the buyer argued that the “sheer number and severity” of the defects should give rise to an inference that the sellers knew there were multiple defects. Again, the Court rejected the buyer’s argument. Reiterating that sellers could only be liable if they “must have known” of the defects, the Court explained: “In the absence of some evidence that defendants had reason to know of the defects, their sheer numerosity does not allow an inference of knowledge.”

Buyer’s last attempt to prevent judgment in favor of sellers was its argument that the construction professionals that sellers engaged to renovate the tasting room knew about some or all of the defects and, because the professionals were sellers’ agents, the professionals’ knowledge should be imputed to sellers. However, the Court rejected that argument, too, explaining that “a principal is charged only with the knowledge of an agent acquired while the agent was acting in that role and within the scope of his or her authority as an agent.” The Court held there was no evidence that sellers’ professionals would have acquired information about the tasting room while acting as sellers’ agents. Therefore, the “imputed knowledge” argument must fail.

More important, even assuming one or more construction professionals served in this role, the information that underlies [buyer’s] claim of failure to disclose would not have been gained by these professionals in the course of their work as agents. It would have been gained while the professionals were planning or carrying out the work of renovating the residence. And, . . .when an architect is acting in his or her role as a designer, the architect is not working as an agent. The same is true for the other construction professionals employed by defendants, a general contractor and a structural engineer. Because the professionals’ knowledge of the building’s structure would have been acquired while acting in this role, rather than while acting as defendants’ agents, it is not imputed to defendants.

This is a rare case in which a “failure to disclose” claim was defeated by a pre-trial summary judgment motion. Even rarer considering that the Court found that the defects should have been disclosed … if the sellers had actual notice.