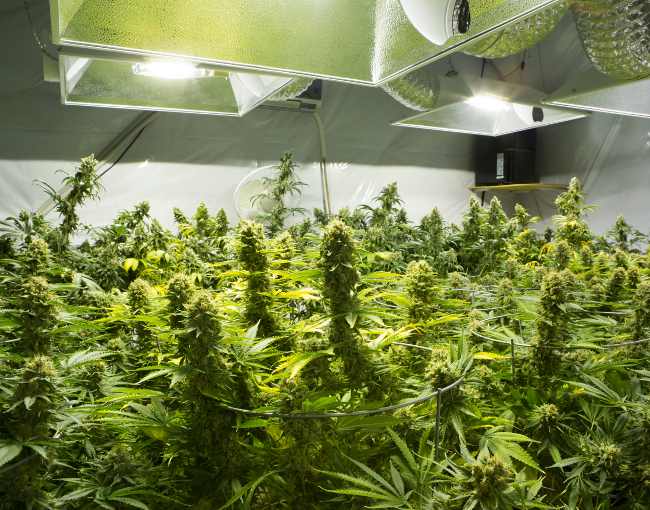 A high-profile federal court ruling from Michigan stresses how important it is for landlords to monitor the activities of their tenants. The same decision has provoked discussion about how courts may approach insurance coverage disputes involving businesses engaged in the production or sale of cannabis.

In November 2017, a federal district judge for the Eastern District of Michigan held that insurance coverage was barred based on the violation of several exclusions. The court ruled that the policy’s exclusions based upon illegal/dishonest acts, unauthorized construction or remodeling, and the presence of moisture and humidity blocked coverage for a landlord who had unknowingly leased general office/light industrial properties to marijuana-growing operations.

Following a 2015 DEA raid on several of the tenants leasing the space, KVG learned that these tenants had been using the properties to grow marijuana. The cannabis production caused significant damage to the properties: The tenants removed walls, cut holes in the roof, and added HVAC ductwork and gas lines that required service or replacement of the HVAC units in the properties. Damages were estimated at about $500,000.

KVG sought coverage from Westfield, but Westfield rejected that request. KVG then filed a lawsuit against Westfield for breach of the insurance contract and a declaration of coverage.

2. h. Dishonest or criminal act by … anyone to whom you entrust the property for any purpose:

(1) Acting alone or in collusion with others….

The court explained that the dishonest acts exclusion has been described to “exclude from the risk undertaken by the insurer those losses that arise from the misplaced confidence of the insured in those to whom it entrusts its property.” Here, the court held that even if Michigan law allowed cannabis production (the court held there was no evidence of that), such production was nonetheless illegal under federal law. Further, the exclusion also applies to dishonest conduct, which the court held was the case here because KVG did not give permission to the tenants to grow marijuana, and the alterations to the property were done surreptitiously.

Thus, KVG entrusted the units to each of the tenants, trusting that the tenants would abide by the obligations in the leases. The tenants’ use of the units to grow marijuana was illegal or at the very least dishonest. Westfield is entitled to summary judgment on the grounds that the damage to the units is excluded under the illegal or dishonest acts exclusion.

(3) Materials used in repair, construction, renovation or remodeling; or

of part or all of any property on or off the described premises.

While the court held there was no dispute that the leased property was damaged, the undisputed evidence was that the alterations performed by the tenants were not authorized and damaged the leased properties. Therefore, again, the court granted summary judgment based upon that exclusion.

B. 2. We will not pay for loss or damage caused by or resulting from…

f. Continuous or repeated seepage or leakage of water, or the presence or condensation of humidity, moisture or vapor, that occurs over a period of 14 days or more.

Here, again, the court granted summary judgment in favor of Westfield based upon this exclusion. The court held that it was uncontroverted that the “standing water, moisture stains on interior surfaces and bio-growth on surfaces” were caused by “moisture exposure from elevated moisture…for an extended period of time of one year or more.”

What is a landlord to do?

Clearly, what not to do is ignore your tenants’ operations. Are the tenants complying with the “use” provisions in the lease? Use the inspection provision in your lease to make sure the tenants are not damaging the premises and, of course, are not operating an illegal business. What causes ambiguity, of course, is that the District Judge disregarded the state’s law on marijuana operations and, instead, focused on the federal law to hold that the Illegal/Dishonest Acts Exclusion precluded coverage. That should be a concern to landlords who are considering leasing to marijuana businesses. In fact, K.V.G. is appealing the decision and its opening brief, K.V.G. makes the point that in Michigan, it is not illegal to cultivate medical marijuana.