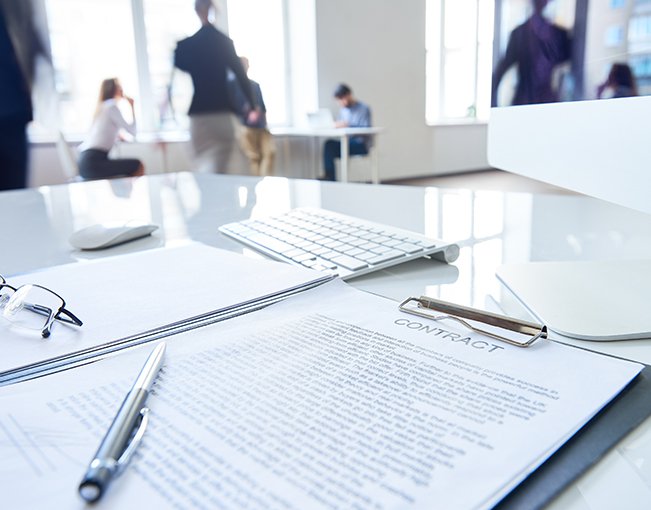 Parties to contracts sometimes want it both ways: They want solid, ironclad contracts that can’t be altered or disputed, but they also want an escape hatch if it turns out they were defrauded in the formation of the agreement.

This dichotomy is on full display in California following a recent ruling that clarifies the expanse of the state’s fraud exception to the parol evidence rule — the rule that generally bars outside evidence that contradicts or alters the final terms of an integrated contract.

It also serves as a reminder to those accused of fraud that, in California, they can’t hide behind  the parol evidence rule. If a claim of fraud in the inducement crops up, their misdeeds or misleading statements could be on full view in front of the triers of fact.

The parol evidence rule prohibits parties from introducing extrinsic evidence to vary, alter, or contradict the terms of a contract the parties intended to be the final expression of their agreement. Often, to indicate such intent, the parties to the contract include an integration clause – a contract provision seeking to bind the parties to the contract as their full and final agreement, superseding any other oral or written agreements and effectively preventing them from later claiming the written contract differs from what they actually agreed to.

However, California Code of Civil Procedure section 1856(g) carves out an exception to the parol evidence rule for fraud, allowing parties to introduce extrinsic evidence to establish fraud or illegality. Specifically, it reads: "this section does not exclude other evidence . . . to establish . . . fraud."

Notwithstanding the unqualified language of section 1856(g), the fraud exception had been subject to limitations, largely stemming from the 1935 case, Bank of America v. Pendergrass. Under Pendergrass, the fraud exception could only apply to evidence tending to establish “some independent fact or representation” with respect to the fraudulent procurement of a written agreement, but would not cover mere promises that were in direct variance with the express terms of the written agreement.

In 2013, the California Supreme Court in Riverisland Cold Storage Inc. v. Fresno-Madera Production Credit Association overruled Pendergrass and refused to adhere to such a narrow reading of the fraud exception. Riverisland held, “Pendergrass was an aberration . . . [I]ts restriction on the fraud exception was inconsistent with the terms of the statute, and with settled case law as well . . . The fraud exception has been part of the parol evidence rule since the earliest of days of our jurisprudence, and the Pendergrass opinion did not justify the abridgment it imposed.”

How far does the exemption extend?

Yet, even after California law conclusively found it is against public policy to contract away liability for fraud, parties frequently attempted to creatively circumvent the fraud exception. But, in a recent decision, the California Court of Appeal again declined to accept a narrow interpretation of the fraud exception, this time rejecting the exception only applies to cases challenging the validity of a written agreement, e.g., cases seeking rescission of contracts.

Rather, the Court found that under the fraud exception, extrinsic evidence is more broadly admissible to show a plaintiff had a different understanding of the contract’s terms because of a defendant’s fraudulent misrepresentations. In IIG Wireless, Inc. v. Yi, IIG Wireless alleged a former shareholder, John Yi, fraudulently induced the other shareholders to enter into shareholder agreements by making misrepresentations and false promises prior to the execution of the agreements. Yi argued the alleged oral misrepresentations were inadmissible to prove fraud and calculate damages because the shareholder agreements were fully integrated and thus the statements were barred by the parol evidence rule. In fact, IIG Wireless conceded the following clause integrated the agreements:

This instrument constitutes the entire Shareholder Agreement . . . and correctly sets forth the rights, duties, and obligations of each Shareholder . . . Any prior agreements, promises, negotiations, or representations concerning the Agreement’s subject matter not expressly set forth in this Agreement are of no force or effect.

IIG Wireless argued, instead, that despite the integration clause, Yi’s prior statements should be admitted under the fraud exception to the parol evidence rule as broadly interpreted by the California Supreme Court in the Riverisland decision. Yi attempted to argue that Riverisland applied only to cases "where the validity of the agreement is at issue," i.e., breach of contract cases where rescinding or voiding the contract was the remedy sought. The Court declined to give Riverisland such a narrow reading and held that although IIG Wireless was not attempting to rescind the integrated shareholder agreements or challenge their validity, the extrinsic evidence of Yi’s oral statements was admissible to prove IIG Wireless’s damage claims.