Home > Insights > Blogs > The Ground Floor > In California, ordinances restricting the homeless from sleeping in public can be ‘Cruel and Unusual’ 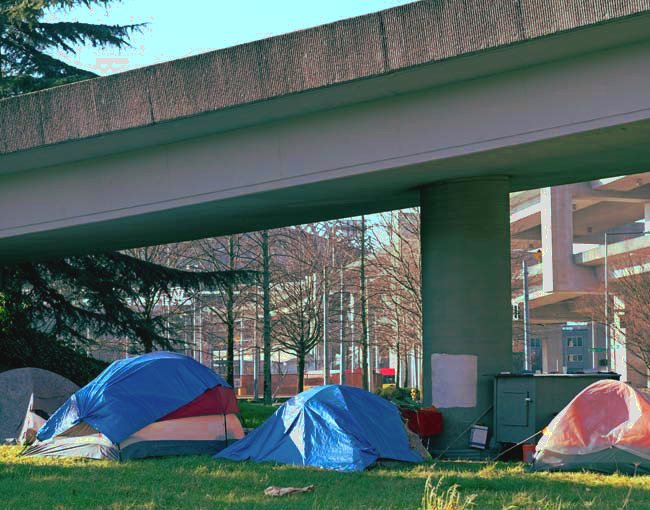 In California, ordinances restricting the homeless from sleeping in public can be ‘Cruel and Unusual’

“The law, in its majestic equality, forbids rich and poor alike to sleep under bridges, to beg in the streets, and to steal their bread.” – Anatole France, The Red Lily

The Ninth Circuit Court of Appeals began its decision in Martin v. City of Boise with the above quote, and held that the Cruel and Unusual Punishment Clause of the Eighth Amendment prohibits the prosecution of homeless people for sleeping in public when they have “no access to alternative shelter.”

The decision extends to all of the Ninth Circuit, including California, where it is estimated by the U.S. Housing of Urban Development 130,000 people experience homelessness on a given night. If you own, rent or maintain property in California, there’s a good chance you’ve been impacted by the large number of homeless individuals in our state. The Ninth Circuit’s decision is a reminder to us as property owners — and as people — that it is potentially unlawful for cities and municipalities to pass local ordinances that punish those who have no alternatives for housing or shelter.

In 2016, at least 867 individuals were homeless in Ada County, Idaho, where Boise is located. Only three homeless shelters exist in Boise to accommodate them.

During the span of two years, each plaintiff was convicted at least once of violating one or both of the ordinances. The plaintiffs argued that penalizing homeless people for sleeping outside in public when no other options for shelter were available violated their constitutional right to be free from cruel and unusual punishment. The City subsequently amended its laws to forbid enforcement of the ordinances on nights when no shelters had “an available overnight space.”

Despite the amendments, the court recognized individuals could be turned away from shelters for a variety of reasons other than shelter capacity. Shelters may be unavailable to the homeless because they have exceeded the shelter’s stay limits or failed to participate in mandatory religious programs. The court found the City’s rule directing the police not to cite homeless individuals when all shelters had reached capacity was too limited.

The Ninth Circuit held that since the Eighth Amendment prohibits the government from “punishing an involuntary act or condition if it is the unavoidable consequence of one’s status or being,” the City could not impose criminal penalties on people who have no access to shelter for sleeping on public property. The court found that “sitting, lying, and sleeping . . . are universal and unavoidable consequences of being human.” Such conduct is “involuntary and inseparable from status – they are one and the same, given that human beings are biologically compelled to rest.”  The court held that “so long as there is a greater number of homeless individuals . . . than the number of available beds,” the government could not punish the “indigent, homeless people for sleeping outdoors, on public property, on the false premise they had a choice in the matter.”

Despite this small victory for the homeless, the Martin holding is narrow. Individuals who have access to adequate shelter, whether because they have the ability to pay for it or because it is realistically available to them at no cost, but choose not to use it are not protected. Further, cities are not required to provide enough shelter and need not allow individuals to sleep on the streets “at any time and at any place.” Even if shelter is unavailable, ordinances may regulate sleeping in public at particular times or locations. Whether an ordinance passes constitutional muster will depend on if “it punishes a person for lacking the means to live out the ‘universal and unavoidable consequences of being human’ in the way the ordinance prescribes.”

Nevertheless, the Court’s recent decision will inevitably force cities to reevaluate the constitutionality of ordinances that punish homeless individuals for unavoidable consequences of being human.