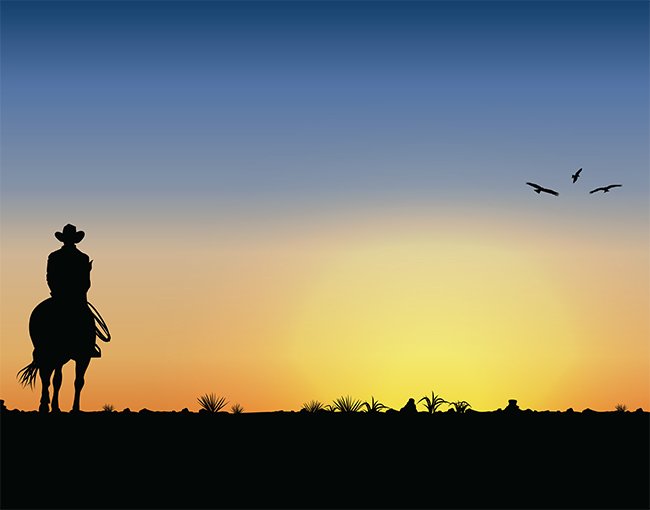 Playing the hand you’re dealt: Dealing with force majeure clauses like a Maverick

During the COVID-19 pandemic, among the issues that are being discussed are "force majeure" provisions in various contracts. To attempt to bring a bit of lightness into that discussion, we will discuss a 1961 appellate decision about force majeure in the context of a then-very popular television actor and equally popular television show.

Since 1955, Warner Bros. Pictures, Inc. (“Warner”), a producer of motion pictures, employed James Bumgarner, also known as James Garner (“Garner”), to star in the then-popular television series, Maverick, under successive contracts. Readers may remember James Garner from his other popular TV show “The Rockford Files,” as well as many movies such as “The Great Escape,” “Space Cowboys” and even “The Notebook.” Maverick starred Garner as a poker player who went from town to town looking for a good game. The final Warner/Garner contract for Maverick, executed February 27, 1959, (the “Garner Contract”) contained a force majeure clause, which became relevant during the January 1960 Writers Guild of America, West, Inc. (“Writers”) strike, which spanned over five months.

If the preparation, production or completion of motion pictures by Producer or any person to whom the services of Artists are loaned shall be prevented or materially hampered or interrupted by reason of any… strike … or by any other cause or causes of the same or other kind or character beyond the control of Producer, or by reason of the Producer's inability to obtain material, transportation, power or other essential commodity required in the conduct of its business, or if the production of any motion picture or other production to which Artist is assigned hereunder shall be suspended, interrupted or postponed by any such cause, or by the death, illness or incapacity of the director or any principal member of the cast, other than Artist (the continuance of any such event being hereinafter designated as the ‘casualty period’), then, during the continuance of such casualty period, Producer shall not be obligated to make any weekly payments to Artist under Paragraph 3 hereof, and Artist during the period of such nonpayment, shall not be obligated to render services hereunder.

The subject lawsuit came to fruition in March 1960, when Warner elected to suspend Garner’s compensation, at $1,750 per week, alleging the existence of a “casualty period” within the force majeure provision based upon the Writers’ strike. Specifically, Warner argued that the strike fit within the force majeure provision because the strike was a continuing event that prevented or materially hampered the preparation, production or completion of the show during the casualty period. Garner shortly thereafter informed Warner that it was in breach of his employment contract and elected to treat the agreement as terminated based upon Warner’s refusal to pay him his compensation.

On March 31, 1960, Warner filed a lawsuit against Garner for declaratory relief, invoking the force majeure provision and alleging it was not obligated to pay Garner during the “casualty period” because due to the strike, Maverick was prevented and materially hampered in the preparation, production and completion of the show.

Garner argued that Warner did not have the right to invoke the force majeure provision given that Maverick had not been suspended, interrupted or postponed as a result of the Writers’ strike and that Warner could have secured employment for Garner as an actor with other firms and businesses connected to the field of entertainment. Accordingly, by terminating payments to Garner, Warner breached his employment contract such that Garner no longer was bound to perform any or all of the terms and conditions of the Garner Agreement.

The trial court found that the preparation of Maverick was not prevented, materially hampered or interrupted by the Writers’ strike given that during March 1960, “some preparation, production or completion of motion pictures were at all times going on in some way and to some extent and with respect to some pictures or series.” The evidence showed that as of March 2, 1960, Warner had completed production of the Maverick series for 1959-1960 and had filmed an extra episode that had not yet aired. Further, in the past, Warner had not started production until May or June, a Mr. Warner of Warner Bros, himself, testified that on June 15, 1959, even though the script was not completed for the season, the series met its September 12 airdate. On March 3, 1960, Warner had approximately 14 Hermanos writers,[1] at least one of which had previously done work for Maverick, and had at least two stories suitable for development into Maverick scripts. The totality of the circumstances led the court to find that the production was not suspended, interrupted or postponed by reason of the Writers’ strike. The trial court, thus, found that Warner’s refusal to pay Garner his salary justified him to treat the refusal as a total breach of contract.

The appellate court affirmed the judgement in favor of Garner as a whole, holding that Warner’s refusal, after demand, to pay Garner’s stipulated weekly salary although it knew that preparation, production or completion of Maverick would not be suspended, interrupted or postponed pursuant to the force majeure clause was a serious and total breach, justifying Garner’s termination of the agreement. Thus, the Bumgarner decision demonstrates, even back before many of us were born, the importance of prudently drafting force majeure provisions and attempting to plan for potential future events when negotiating contracts. Without careful consideration of the types of circumstances that might arise and the scope of protection the force majeure provision would provide, one could inadvertently be taking a gamble that even Bret Maverick would not take.


[1] “During the 1960 Writers Guild of America strike, WB reused many plots from its films and other television shows under the nom de plume of ‘W. Hermanos’.” See, https://en.wikipedia.org/wiki/Warner_Bros._Television