Home > Insights > Blogs > The Ground Floor > Work-out agreements and loan modifications: Put them in writing if the collateral is real property 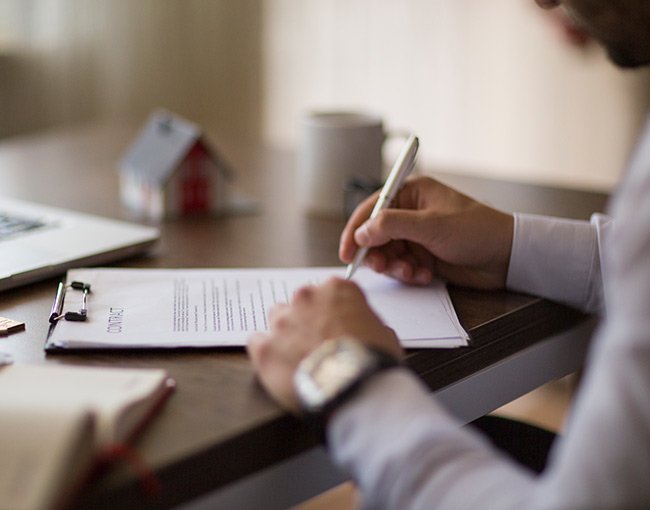 Work-out agreements and loan modifications: Put them in writing if the collateral is real property

In a recent decision, the California Court of Appeal held that the statute of frauds precluded an investment borrower from alleging that there was a verbal commitment that the borrower could refinance or re-amortize a real estate-secured loan with a new, 20-year repayment period.

In Reeder v. Specialized Loan Servicing LLC, the borrower obtained a $245,000 home equity line of credit from E-Loan, Inc., which was evidenced by a 2005 written credit agreement, with a balloon payment due April 1, 2015. The loan was secured by a second deed of trust on borrower’s property. The borrower alleged that before he accepted the line of credit, a loan officer promised him, verbally, that the line of credit could be refinanced or re-amortized after the first 10 years, into a 20-year amortized repayment period. The borrower alleged that he would not have entered into the loan had he known that E-Loan “would not honor the verbal loan commitment.”

In early 2015, Specialized Loan Servicing, LLC (“SLS”) took over as the loan servicer. For the first few months after the April 1, 2015 balloon payment deadline, the borrower claimed he did not receive any notice from SLS, and, so, he continued to make monthly payments. However, a few months later, SLS returned some of the payments to the borrower, and demanded that the balloon payment be made. While the borrower was attempting to re-negotiate the loan, the loan was assigned to an affiliate of the lender, E*TRADE Bank.

Until May 2017, borrower and SLS continued their negotiations with respect to a potential extension of the loan, at which point, SLS caused a notice of default under the loan to be recorded. After additional discussions, SLS caused the property securing the loan to be sold by a non-judicial trustee’s sale in November 2017 to a third party for $300,000.

The borrower filed this action, alleging claims that included breach of contract, wrongful foreclosure and fraud. The lending parties filed a motion to dismiss the borrower’s claims, which the trial court did.

In this lawsuit, the alleged oral agreement modified the 2005 credit agreement and the deed of trust, purporting to change the provision in the deed of trust stating that all amounts must be paid in full by the maturity date of April 1, 2015. The court held that “[i]t necessarily follows that the alleged verbal loan commitment was subject to the statute of frauds and therefore invalid.” The court further held that the alleged oral agreement was unenforceable for a second reason, that it was too uncertain and indefinite to be enforced: “Plaintiff’s operative complaint does not allege any of the basic material terms of a loan that would commence 10 years later—not the loan amount, not the interest rate, and not the amortization schedule. It is apparent to us that, absent those particulars, the intention of the parties cannot be ascertained and the alleged contract is unenforceable. At most, plaintiff has alleged an agreement to agree 10 years later.”  Consequently, the appellate court held that there was no enforceable contract to extend the deadline for the balloon payment.[1]

What this decision reminds us is that with the likely large amount of work-outs that are being discussed, first, the agreements must be in writing if the security for the loans is real property. And, then, also, that the terms of the modifications be clear and specific; generalities will not save the day.

Jeff Brown is a partner in the Firm's litigation department and focuses on real estate, finance and commercial litigation.

[1] While the court recognized that the statute of frauds does not necessarily preclude a claim for fraud as opposed to breach of contract, the court found that the allegations by the borrower did not rise to the level of a properly pleading cause of action for fraud. Further, because the borrower’s claim for wrongful foreclosure was solely based upon the alleged breach of the verbal agreement, that claim failed on appeal as well.