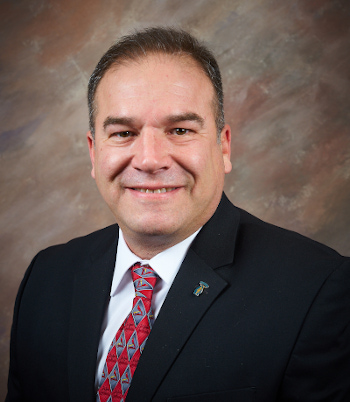 This week on After the Buzzer, host Bob Wallace steps up to bat with the St. Louis Cardinals’ Director of Security, Phil Melcher. The pair discuss the process of keeping fans safe at one of St. Louis’ landmarks, Busch Stadium. Phil notes it goes beyond game day preparations and is actually a community effort to manage security and safety for the 3.5 million visitors that pour into the stadium each year.

Phil’s long career began as a New York City police officer. He then joined the Army and later went on to serve in the Special Forces as a medical and operations specialist. Phil participated in over 25 missions in South America in support of U.S. counter-narcotics, counter-terrorism and counter-insurgency efforts.

After serving in the military for over 20 years, Phil retired in 2004. Before he began his tenure with the St. Louis Cardinals, Phil taught at the DEA Academy in Quantico and Western University, and worked at the National Geospatial-Intelligence Agency.

Some highlights from the discussion:

On preparing for all possible safety threats :
“It’s training and preparing for those one-offs and never being satisfied with where you’re at. We focus on continuous improvement. Threats change. Situations change. The world changes.”

On approaching fan safety:
“Being on a Special Forces team for over 10 years, my mentality is a team mentality. Which works in sports, coincidentally. It’s important to me that we approach fan safety as a team, that everybody works together, everybody communicates. This goes beyond my staff. This also includes the businesses that surround Busch Stadium. It is a community effort.”

On working with other MLB teams (even rivals):
“We have a great cooperative method of dealing with issues within the MLB. We identify and handle them together. Realistically, if somebody hurts one of our clubs, it’s going to hurt all of baseball. There’s no animosity between me and my partners that are doing the same job at the Cubs or any other team.”

After the Buzzer: Episode Guide