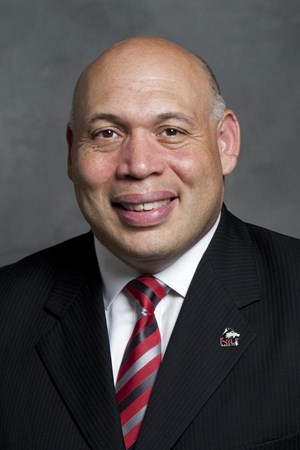 This week, host Bob Wallace is joined by Sean Frazier, Athletic Director at Northern Illinois University. Sean reflects on the current state of diversity in sports, both on the administration and coaching side. Although there has been some improvement, the statistics tell a very different story, one that both Bob and Sean hope to change.

The diversity breakdown in football:

“A lot of it has come from the different mentors that I’ve had, and I think that for me it’s about being a hands-on – but more importantly putting people in the right position to be successful.  One of the things that I found in my coaching career and as a student-athlete is that all the different people have the gifts of leadership, the ability to communicate effectively and to do the job. They might just need a little help or a clear set of expectations drawn out for them. But for me, it’s really more about putting great people, people who are smarter than myself, people who are driven, passionate and then getting them all to work together well in the sandbox for greatness.”

On NIL (name, image and likeness) and athlete compensation:

“Nowadays there’s a lot of institutions and a lot of student-athletes that want more.  Now we’re still talking about the one percent, right? One percent of these particular athletes are going to be able to do some of those creative things around making money off their image, their name, their likeness. Maybe that’s what should happen. I’m not against that. But I’m concerned about the majority, the 99, the 98 percent of the student-athletes who are coming here for a college education or for competition. What does that look like for them? I just worry about blowing up the whole collegiate model for that less than one percent. So think we have to be very cautious about that and I would want and hope that people past my pay grade would have sense and understanding about the impact of these decisions.”