After the Buzzer · Tom McMillen, President and CEO of LEAD1 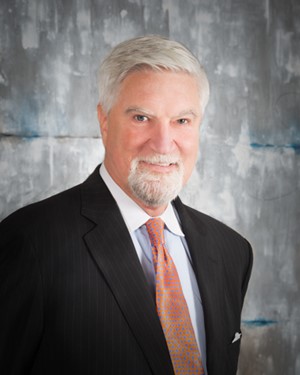 Accomplished politician and athlete Tom McMillen joins After the Buzzer host Bob Wallace this week to discuss the role that education plays in athletics. Tom is the President and CEO of LEAD1 Association, an organization comprising 130 of the premier athletic programs representing over eight billion dollars in revenue and represented by their athletic directors.

From a Rhodes scholar to becoming an Olympian, Tom shares stories about his time in sports including the NBA season he played while he was also a candidate for Congress.

Some highlights of Bob's conversation with Tom:

On becoming a politician:
What happened was when I was playing with the Knicks, Bill (Bradley) had retired the next year and he sat out a year, and then he ran for the Senate. Matter of fact, I did a fundraiser for him in Washington when he ran. And he actually pulled it off. He became a United States Senator. So I said, well if he can do it, I can do it. And that’s kind of how all that occurred.

On Athlete’s Right to Know Act:
At the time, you know when you were going to go to a school whether you’re an athlete or not, you couldn’t determine the graduation rates on how that institution was doing, either student athletes or otherwise. And so, we thought as a consumer item, schools ought to disclose that. And we put that bill up then, Bradley, myself and Congressman Ed Towns. And they fought it a great deal. Now it’s like, it’s so standard that it’s hard to imagine college sports without graduation rates. They now go into APR and all those kinds of numbers. But the original idea of disclosing graduation rates was always fundamental to that bill, and I recall the NCLA fought that. They were opposed to it, which I guess is pretty standard for organizations that are very hard to move, that are quite bureaucratic. We passed it into law and it’s been a very fundamental part of college sports.

On LEAD1:
I was recruited into LEAD1 by Jack Sandburg. It had been created in 1986 and was very sleepy. And he wanted to rejuvenate it and be sort of a voice for the ADs and also kind of a thought meter for the ADs. And that’s really what we had become. We work with the NCAA quite a bit. NIL transfers, academics, sports betting, you name it, we work on it.

After the Buzzer: Episode guide
Read the full transcript here